I've read some nice "Pack Wars" posts lately around the blogosphere and they have motivated me to host my own "Pack Wars".

In one corner we have a 1992 Topps Stadium Club Series 1 pack with fifteen cards: 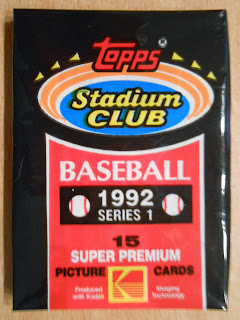 And in the other corner a 1988 Fleer wax pack with fifteen cards and one sticker: 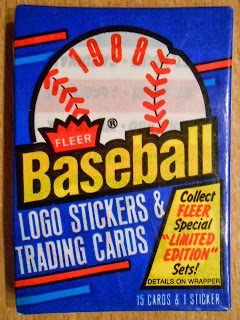 The Stadium Club pack is one picked up for "free" on Listia. Conversely, I purchased this 1988 Fleer wax pack recently for fifty cents at my LCS.  Face value for junk wax!  It's not my fault... you see, I needed some materials for Thorzul's Fear the Fleer Nightmare on Cardboard Contest.

Here's your Stadium Club in order they were busted:
Cecil Fielder (Tigers) = +2 Love me some Big Cecil! 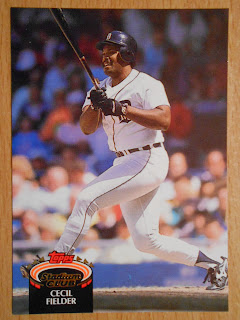 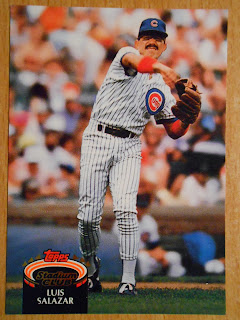 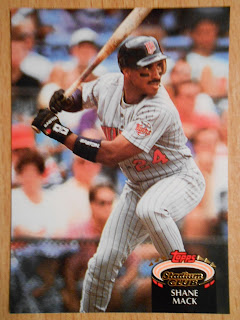 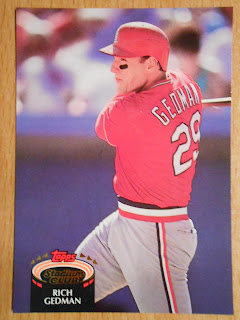 Kevin Brown (Brewers) = +1 There was another Kevin Brown?  I learned something new today! 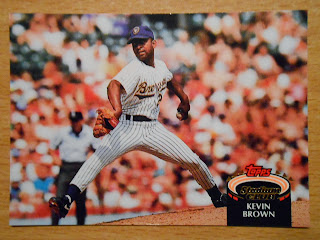 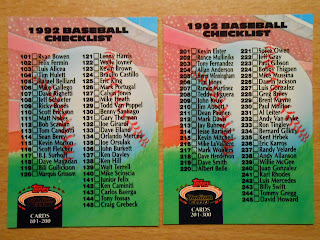 Chili Davis (Twins) = +1 another nicely groomed mustache, +1 again because I like chilli 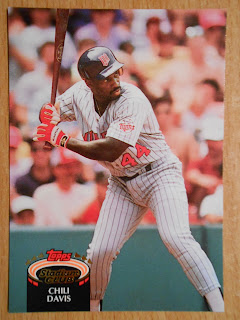 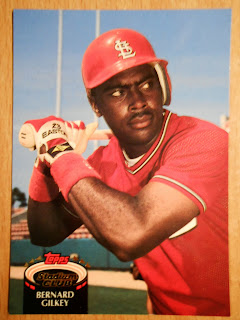 
Pack Total: +4
Not a great showing for the '92 Stadium Club pack.  Too many Cardinals and checklists.  Also, what's the deal with the near identical shots of Shane Mack and Chili Davis? 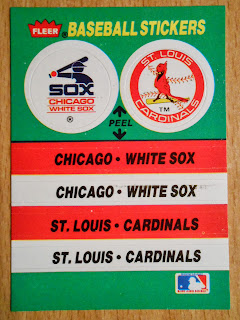 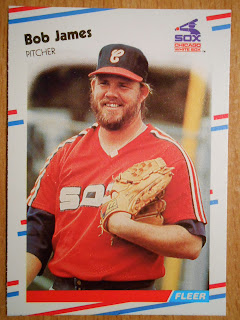 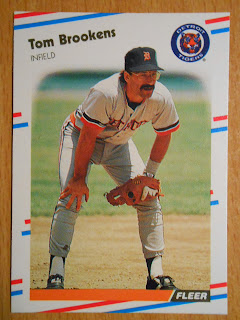 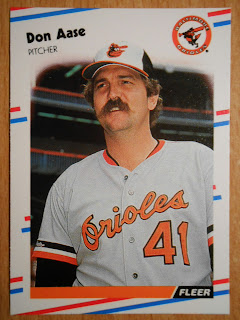 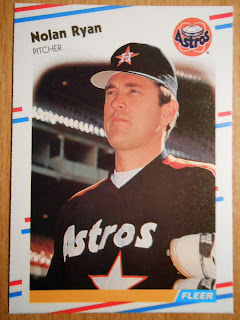 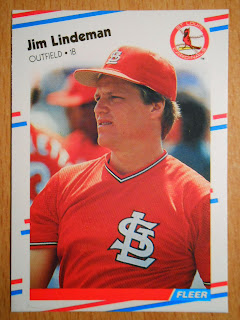 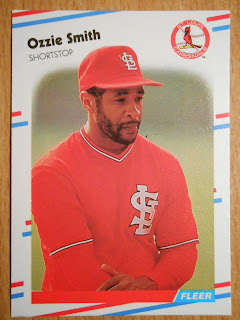 John Farrell (Indians) = +1 for being relevant in the 2013 playoffs 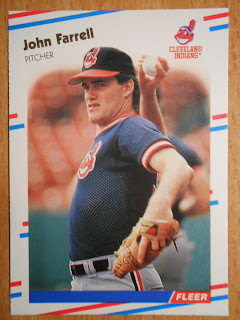 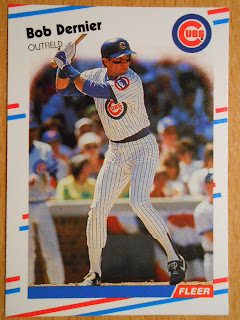 Pack Total: +13
Whoa!  Two big names with the Ryan Express and The Wizard of  Oz making an appearance and a couple of sweet mustaches in this pack.  Did you know Nolan Ryan had a 2.76 ERA in 1987, but had a pitching record of 8 and 16.  Crazy Astros.