A Curve Ball from a Repack.

I couldn't find too much to read within the blogosphere this morning so I reached for one of the prizes from Once A Cub's Fantasy Baseball Blaster League: a repack from winning the WHIP statistical category.

The repack boasts 100 loose cards and four packs of cards.  I'm going to save the packs for a future post.

I've only purchased one repack in the past, but it came in a reusable clear plastic storage container.  The packaging this time around is all cardboard, including the loose cards which were found in a little white cardboard box.
Awwww.  Cute.

On to the highlights of from the one hundred cards!  Let's start with the oldest cards in the box. 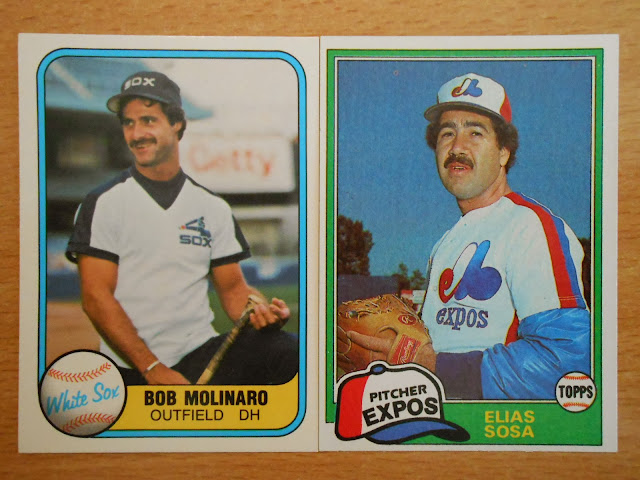 On the left we have a Bob Molinaro card, sporting a terrific White Sox pullover, from the inaugural 1981 Fleer set.  On the right we have a 1981 Topps Elias Sosa of the forgotten Montreal Expos. 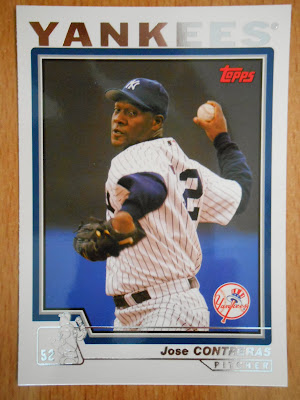 2004 Topps rookie card of Jose Contreras.  I'm sure this card was a hot commodity at some point nearly a decade ago. 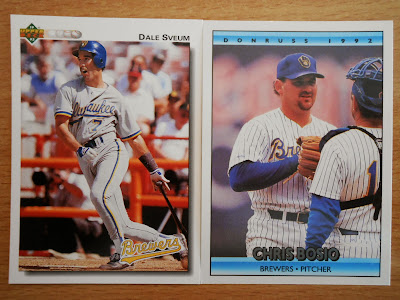 Wait!  Those are guys are in Brewer's duds!  Sveum was just relieved of his duties as manager of the Cubs earlier this month.  Bosio still retains his position as pitching coach for the Cubs... for now. 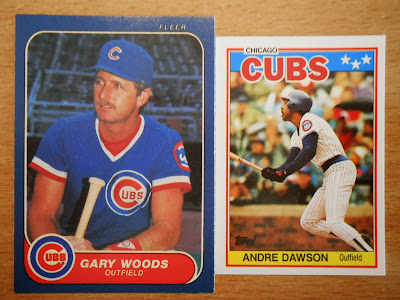 I found some of the below minis from 1988 in my last repack as well.  Now I have ten more to add to my collection! 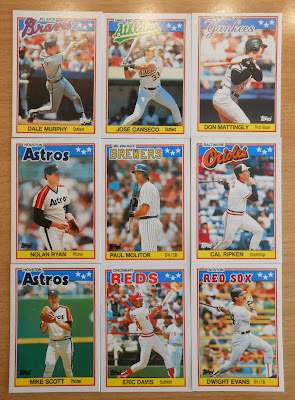 Let's sick with the oddball theme.  On the left we have an '88 Fleer Star Stickers card of The Big Cat and on the right is a 2003 Upper Deck Yankees Signature Series card of Mike Pagliarulo.  Yankees got an entire set of cards dedicated to their storied franchise?  Go figure.  Blah. 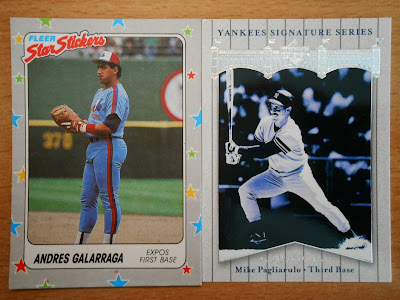 Here's a couple of cards from a team that I fondly refer to as, "The West Coast Yankees." Have you seen their payroll? 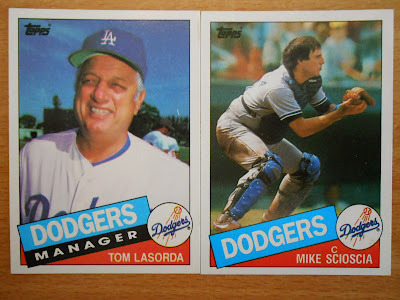 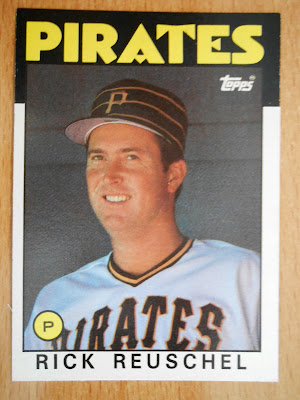 Moving forward a decade into the 90's really ushered in the overproduction era of cardboard.  No better example than the only duplicates in the repack which came from 1990 Topps. 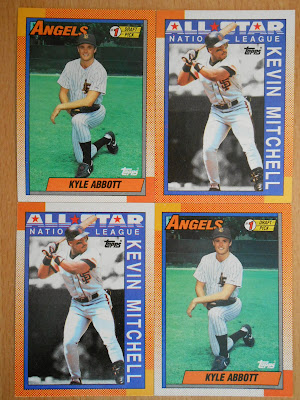 The cards I'm happiest with from the repack? 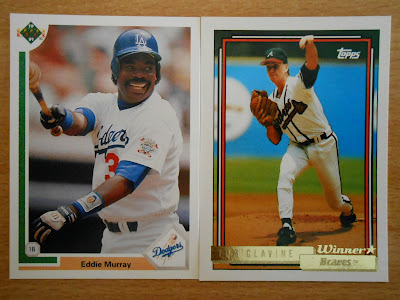 A smiling Eddie Murray and 1992 Topps Winner* Tom Glavine.  I love the Winner* cards and redeemed a sets worth back in 1992.  I still have some dupes laying around, too. 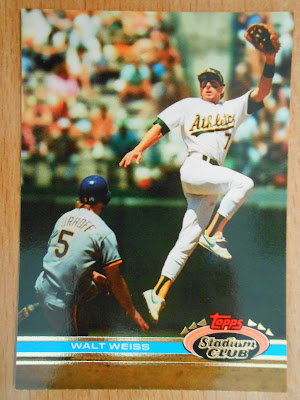 The card I didn't see coming?  Yep, this one was certainly a "Curve Ball" alright!  Nevertheless, I think it'll find a home in my collection! 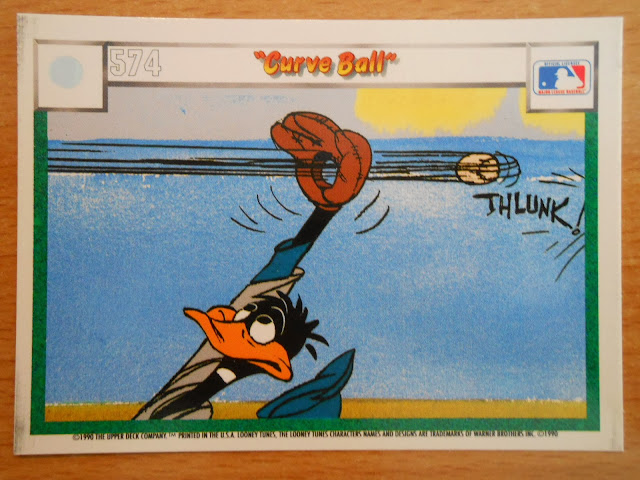 I still have the packs from this repack, two more unopened repacks, and two blasters to go from the prize haul from Matt's fantasy baseball league.  Sounds like plenty of fuel for the blog for the next couple of weeks!