I have some company. 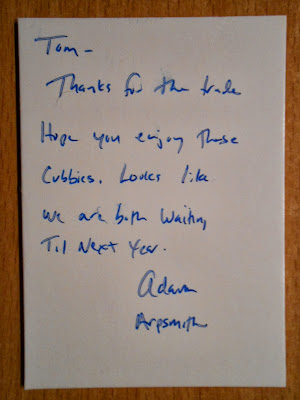 I just completed my fifth trade with Adam from ARPSmith's Sportcard Obsession.  I'm sure Adam, who has been around the blogosphere longer than myself, has completed more than a handful of trades with quite a few people.  Yet, five for me is a big deal and each transaction with Adam has been a solid one.

Notes with trade packages are a huge plus, especially when it's written with a commiserating tone like the one on the right.

Being a Cub fan certainly has had it's drawbacks as of late, but in the end aren't there twenty-eight other teams who will have to "wait 'til next year"?

I like Adam, he gets me, and I don't mind the company.

At the most recent mall card show I picked up an old school Willie Mays and sent him off to feed ARPSsmith's obsession.

Here's what found itself in my mailbox the other day:  Sweet Cub Goodness! 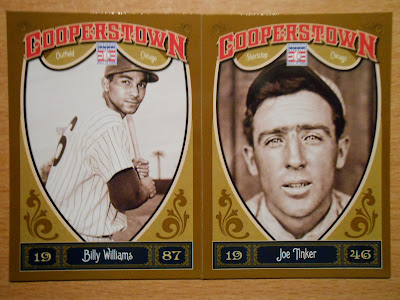 I love that Tinker, Evers, and Chance are getting some card time from Panini.

I usually try to buy one pack of everything that's at my LCS, but I haven't seen the product below yet: 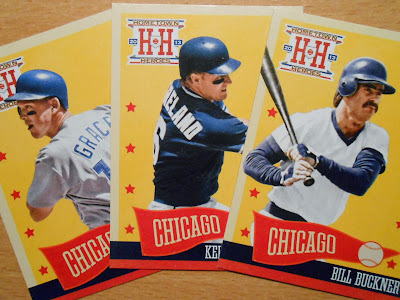 Panini's 2013 Hometown Heroes.  I really like the color scheme and the concept of the less brilliant stars getting being the muse.  I may have to try to get Keith Moreland's signature on that card.  Although, I wish the jersey top wasn't so dark, because it won't make for a good autograph.


Cubs prospects.  Nice.  On the left we have Felix Sanchez from the 2003 Bowman's Best set.  The back of the card states that Felix threw 98 mph with a nasty curve.  Huh.  To me, it's just proof that even lefties with filthy stuff can't always stick in the show. 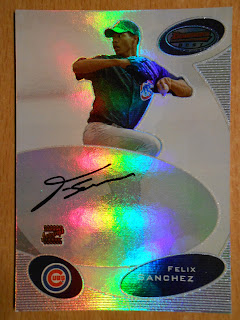 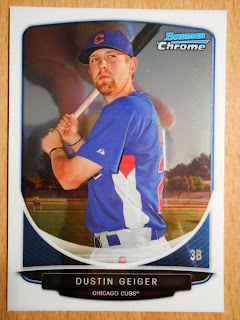 On the right we have Dustin Geiger who batted in the middle of the lineup this past year for the 2013 Florida State League Champion Dayton Cubs.  Dustin played in Peoria in 2011 and 2013, and I'm glad to see he is continuing to have success.  It'd be neat to see signs being held by fans at Wrigley some day with the title of "Geiger Counter".  You know... to count all of his home runs.

I didn't buy more than a couple of packs of this year's flagship product from Topps, but I'm getting pretty close to completing Cubs team sets from Series 1 and Series 2. 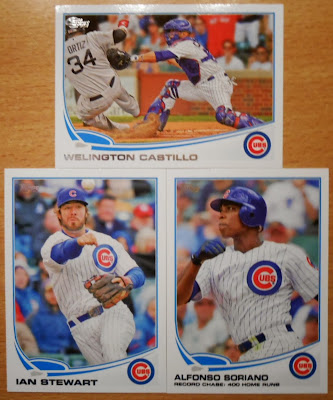 The blog is a great place to dump your unwanted Cubs, even guys that aren't with the team anymore! 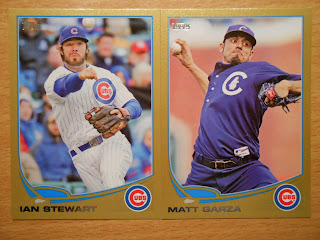 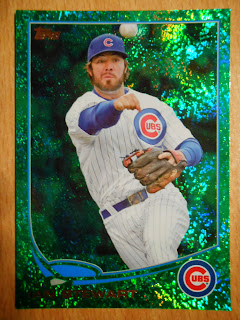 I love the parallels, but I could never chase them all.  Wrigley Wax found seventeen different variations of the same 2013 Topps Darwin Barney card from this year's flagship product.  Yes, SEVENTEEN!  That would drive me crazy. 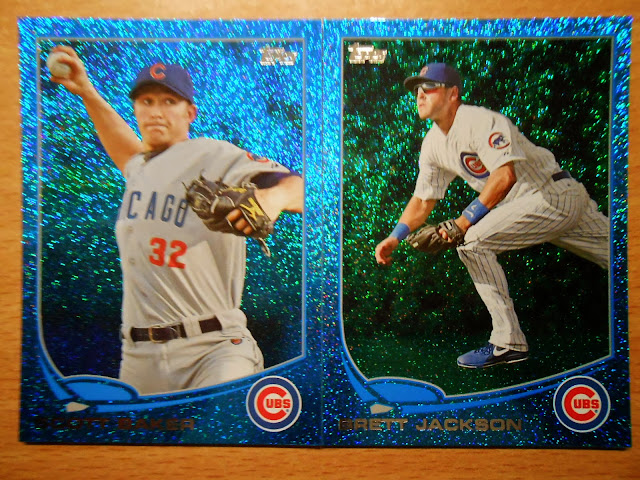 I'm definitely more than content with an emerald, a couple of gold, and those two classy blue sparkly cards.  Man, those look sweet! 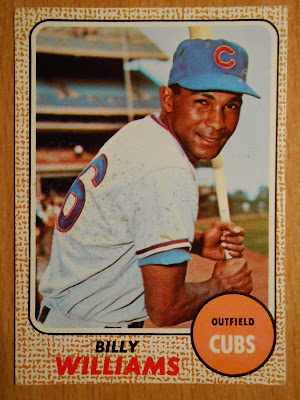 Above is the oldest Billy Williams card in my humble collection.  I'm a big fan of the '68 design and I'm really feeling the posed shot with the empty upper deck in the background.

The main cards in the trade: a Willie Mays for a Billy Williams?  Yep.  I didn't even blink and I couldn't be happier.

Thanks for another great trade, Adam!  As always, my Giants are your Giants.