Card Show at the Mall

Every once in a blue moon the "old" mall in town has a baseball card show.  It is advertised as a thirty table show with free admission, which isn't in itself a bad deal.  The downside is there are usually three or four dealers that occupy about twelve tables.  No matter.  I try to make it out and see what kind of deals I can uncover when I can.

Lately, I've been on a vintage kick.  Exhibit A: 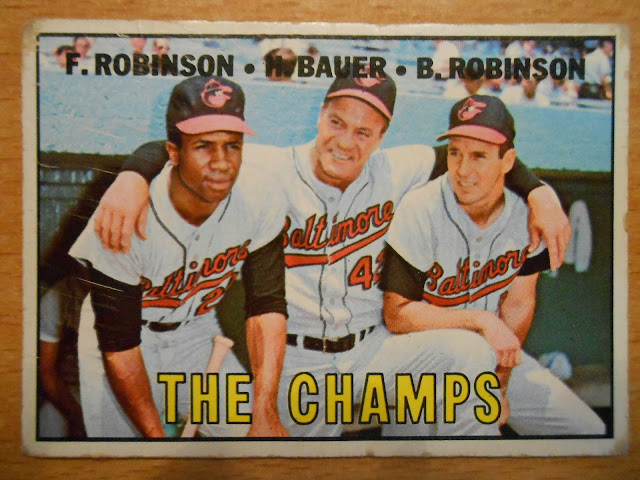 I didn't have a Frank or Brooks Robinson in my collection.  Now I have a 1967 card featuring both players.  Rounded corners, surface scratches, chipping along the sides...  for $2?  Yes, please!

This one I picked up with one of my favorite Giants blogger in mind.  A 1968 Topps Playing Card of Mr. Willie Mays.  Again, another card in "well-loved" condition, but what's not to like? 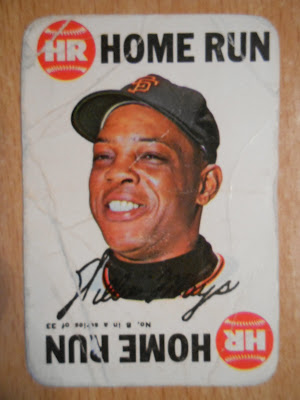 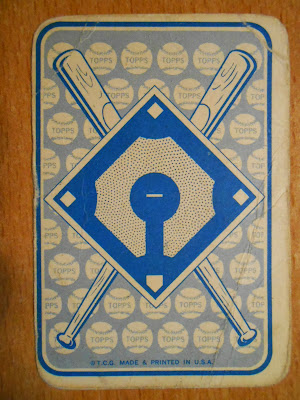 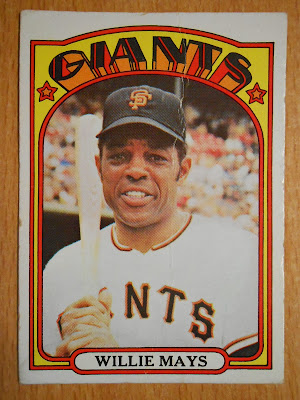 Karl Olson!  This 1954 beauty, in pretty darn good condition, was found in a dollar bin.  Of course I had to rescue him! 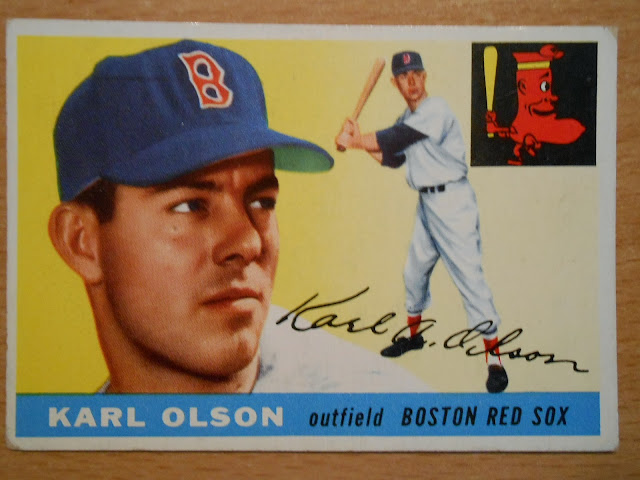 Why Karl Olson?  Well, my dad would always pick up cards of Karl, Greg, and Gregg Olson at card shows when I was younger.  He liked collecting cards of players that shared our surname. 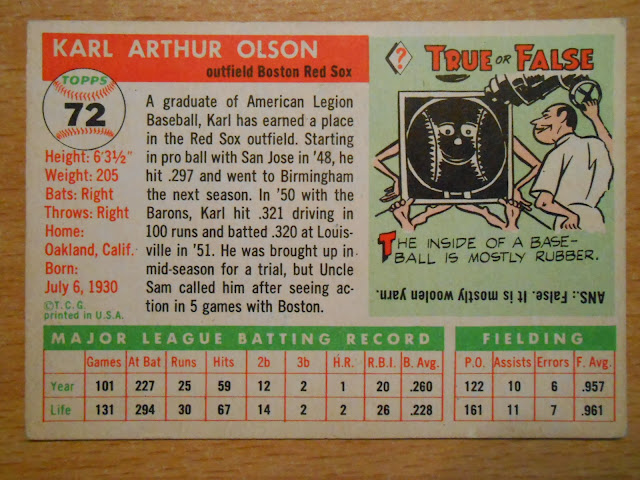 Karl's cards were always too expensive for me back in the day, and now that I have some disposable income I find one for a buck.  Oh, the irony. 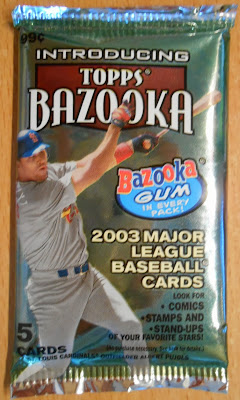 At the first table I visited I found a broken down wax box of 2003 Topps Bazooka packs on sale for $0.50.  I bought the three remaining packs in the box, opened one, and sent other two to David for next year's TribeCards from Outer Space Giveaway Thingy. 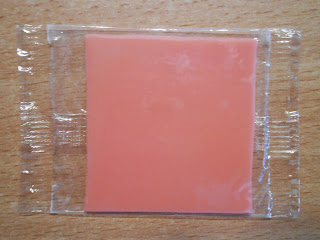 Guess what!  The gum actually is still malleable! Still "fresh" ten years later?  Must be the airtight cellophane wrapping.  No, I did NOT eat the gum.  I know you were wondering. 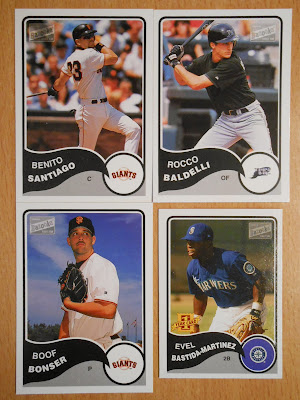 If one finds two Giants in a five card pack, is that considered a Giants hot pack? Inquiring minds want to know. 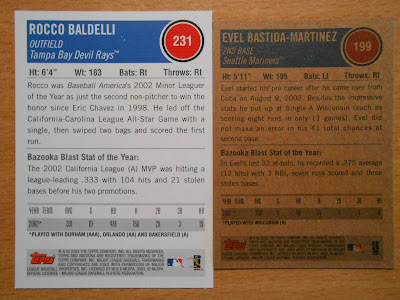 The minis are made from different cardboard stock.  Huh.  Who would have thought? 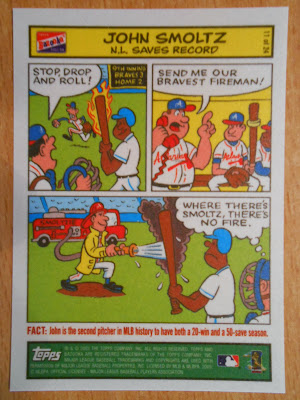 Cool, a comic!  I remember the comics that came with Bazooka bubblegum... good stuff.  This one will undoubtedly fall into the hands of a Braves fan through a trade package.

A bought a few other items at the show, but most everything else is already in trade packages and will hopefully add a few smiles to the faces of the recipients.

Thanks for stopping in today to check out my card show finds.