Another Deal with the Toddfather

Todd Helton has retired from baseball after a seventeen year career.  What does this mean for Home of the Toddfather, which is named after Mr. Helton?  I hope nothing too drastic... like... GASP... a name change to the blog!  Tim has quite a nice following around the blogosphere and it would shock many of us if we woke up one morning to the Tulofather or the CarGofather.  They just don't have the same ring to them.

Mr. Helton's retirement hasn't phased Tim yet, at least not his generosity within the trade department.

I sent Tim a couple of Rockies and one of those crazy Topps Chipz and sent me back a handful of players from my favorite team.  Nice!

Shiny. Bowman. Platinum.  Here we have Javier Baez, Jorge Soler, and Albert Almora from the 2013 edition.  The Cubs' front office is counting on these three to come through in a big way. 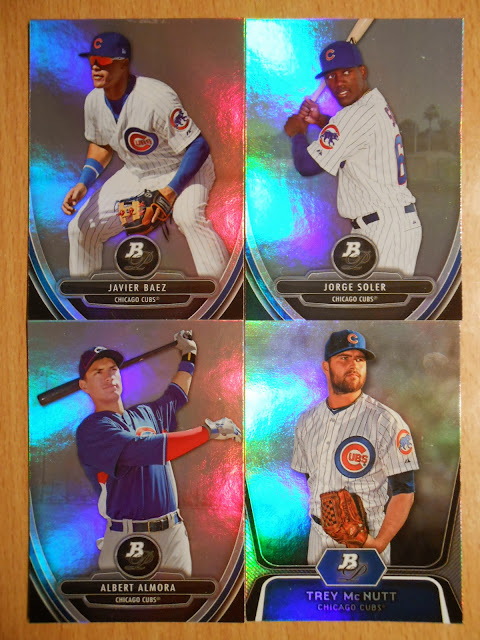 The Trey McNutt is from last year's set.  McNutt had a rough year in 2013, but he still possesses the potential to be a difference maker from sixty feet, six inches away.

I haven't seen any cards like this next one before.  At the top of the card in foil it says "Bowman Top Picks", but it is Topps issued card from 2012. 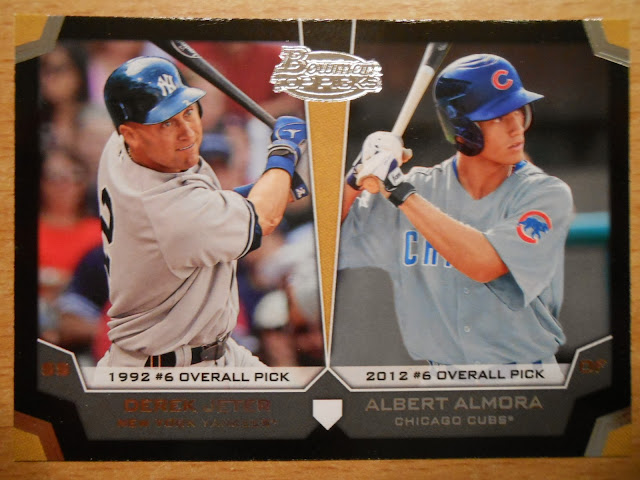 It's fun to compare Derek Jeter to Almora.  Actually, I think Almora offers a very similar skill set to Jeter.  Granted, the two play different positions, but this is a nice offensively-minded comparison by the people at Topps.

Last up we have my 245th different Kerry Wood card.  This one is from a 2005 Upper Deck set, but I can't tell which one in particular. 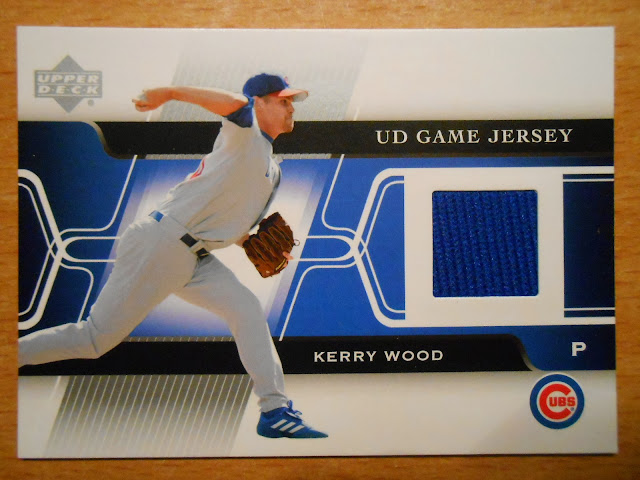 I think I mentioned earlier this week how I wish card companies made more of an effort to incorporate a meaningful player photo with relic cards.  Again, I think this one could have been better if Upper Deck found a picture of Kerry Wood in alternate blue top jersey.  It's still a tremendous addition to my collection!

Thanks for another great trade, Tim!  I'll start piling up Rockies for our next swap.