I was browsing for Ryne Sandberg cards on Listia last week and came across a ten card auction of some pretty notable figures at a very reasonable price.  506 credits and a week later, here's what I can add to my collection and/or trade stacks: 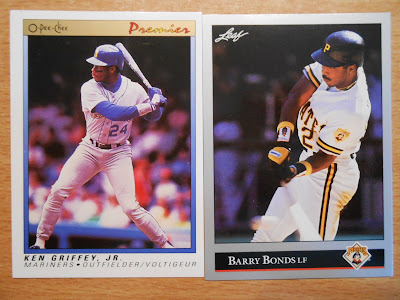 1991 O-Pee-Chee Premier of "The Kid" on the left and a 1992 Leaf card of Barry Bonds on the right.  Owners of two of the sweetest left-handed swings the game has ever seen. 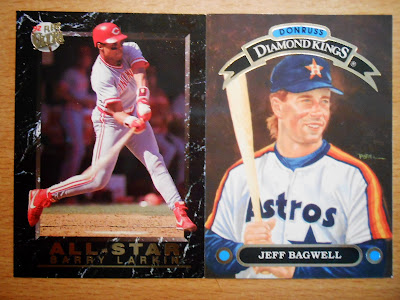 Above, we have a 1992 Fleer Ultra All-Star insert of a recent Hall of Fame inductee.  To the right is a 1991 Donruss Diamond King of a guy with the weirdest lower-half of a batting stance I've ever seen.

Hmmm...  I only paired these two together because they were both horizontal cards.  Yep, nothing cool to comment on, except... 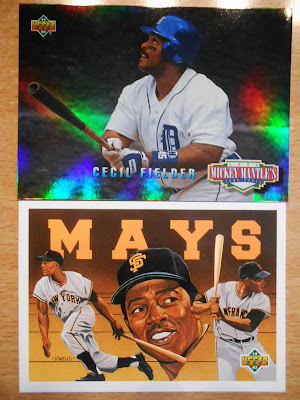 Um, much less excited about these two: 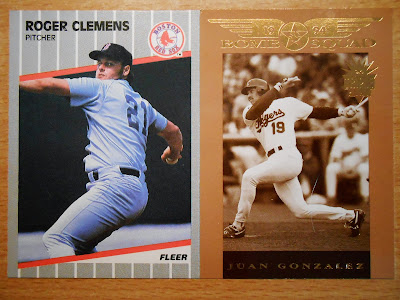 1989 Fleer Roger Clemens and a 1994 Triple Play Bomb Squad insert of Juan Gonzalez. The sepia color and beige border do nothing for me in the Juan Gone card. Meh.

Even still, I'm thinking about chasing this set: 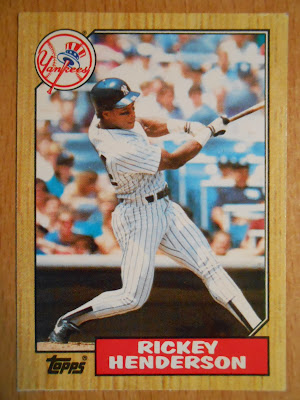 Until then, I can sleep easier knowing that I have a card of the Stolen Base King to help me get started on that '87 Topps set.

Here's the card that brought me to the above lot: 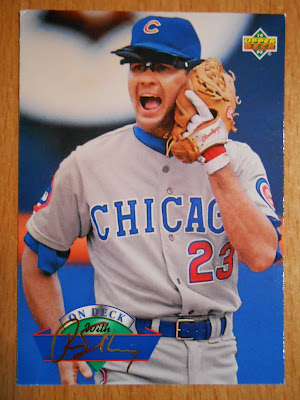 Unfortunately, I already have this one in my Sandberg collection. No matter, the other cards were a pretty sweet find!

Thanks for stopping by today!