I stopped by my LCS over the weekend and picked up a pack of 2013 Pinnacle, which is made by Panini.  For some reason there isn't nearly as much ballyhoo around Pinnacle as there is around Allen & Ginter.  Perhaps it has something do with the lack of MLB licensing or maybe it's the fifth installment of the Gint-A-Cuffs competition.

No matter, let's crack in!

Batting leadoff, one of the two reasons the Marlins are still on the map: Jose Fernandez. 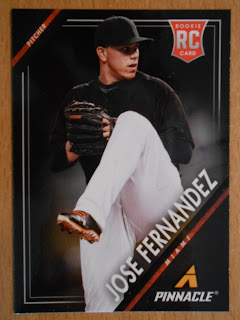 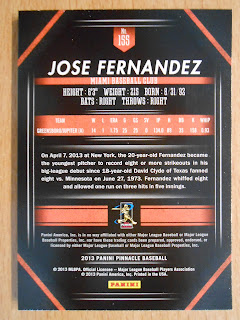 For those of you who are wondering, the other Marlin that comes to mind is Giancarlo Stanton.

Next up, Austin Jackson and Brandon Phillips. 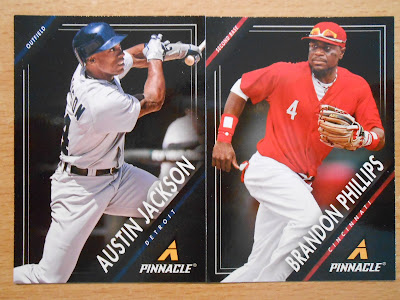 I really like BP's card, but I think it' s mostly the red jersey.  The Fernandez and Jackson cards might as well be black and white, because there's hardly any color to these two cards.

Jason Heyward and Mike Napoli.  I feel bad for Heyward who will now be consuming his meals through a straw for the next 6 to 8 weeks.  Ouch. 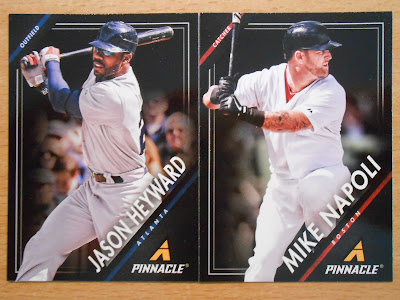 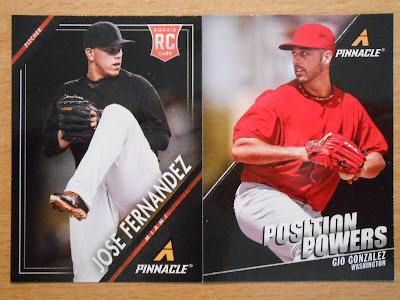 I've placed the Gio card next to a base card so you can easily tell the difference between the two.  Both, in my opinion, are way too dark.  Even the blurry background on Gio's card doesn't lighten up things enough for me.

Here's where the pack starts getting interesting: 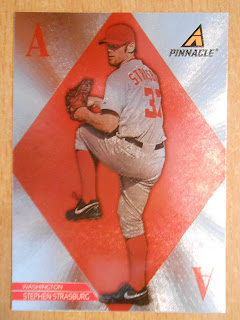 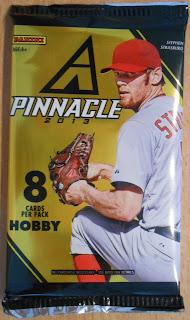 We've seen these types of playing card inserts recently.  The first ones that come to mind are the "Dealing Aces" inserts from this year's Gypsy Queen set.  Huh.  Panini can't use MLB logos, so instead they're going to steal Topps ideas?  Sigh.

Regardless, it's a slick looking card, and it's shininess certainly brightens up this set!

Oh, and yes, that's the same picture of Strasburg that is featured on the pack wrapper. Kind of cool.

Last but not least, the best card of the pack for this Ryno collector: 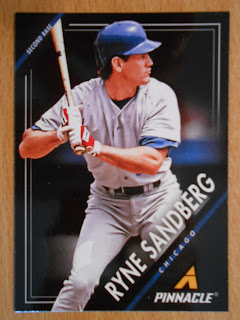 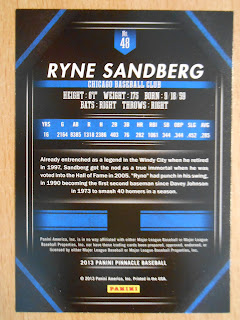 It has been a loooooong time since I busted a pack and pulled a Sandberg.  Man, I nearly forgot how awesome it is to pull your favorite player!

The darkness of the cards aside, I'm happy with the pack: a Jose Fernandez rookie, a Gio insert, a shiny Strasburg, and my 683rd different Ryne Sandberg.  Nice.