Former Cubs from Once a Cub

On Friday I received an unannounced package in my mailbox from Matt, the author of Once a Cub.  I'm not sure how other bloggers who are fans of the same team do it, but trading with another Cub fan can be quite difficult.  We each value the same cards!

For instance, if I pull an 2013 A&G auto from one of the 29 other teams I don't think twice about trading it away for some Cubs.  Not a second thought.

Which makes me wonder, did Matt realize he dropped a Brett Jackson auto in the package? 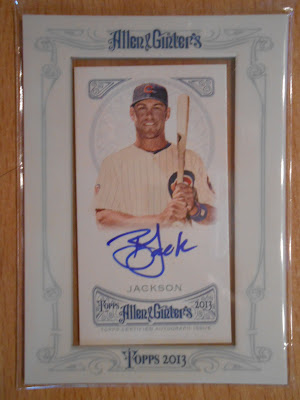 Now, the Jackson card is the closest thing to a "present" Cub that was in this particular package, but I'm totally cool with that, because that means there are Cubs of the past included and I can always get behind the heroes of my youth (and earlier).

Oh, and for the record, Jackson's not even with the major league team at the moment as he's hacking away in AA.  So, in a way, he can kind of qualify as a former Cub, and the title to the post still fits.

On to the aforementioned former Cubs!

Four "new to me" Ernie Banks cards.  I love the one on the top-right that has his Hall of Fame plaque in the background.  Pretty nice idea by Topps on that one. 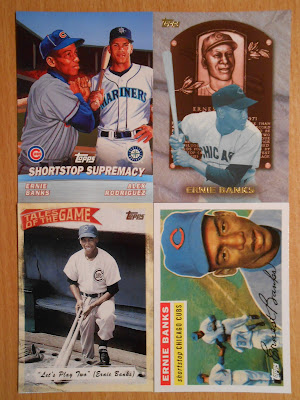 On the other hand, the "Shortstop Supremacy" would have once gotten me excited.  But anymore, the only time I recognize Arod is when I'm trying to debate which nickname is more fitting: ARoid or AFraud.  Ugh. 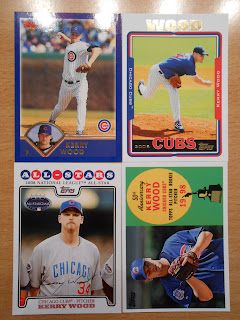 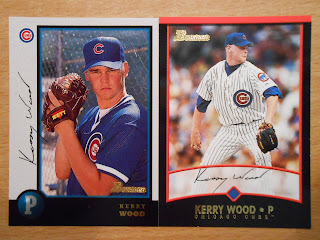 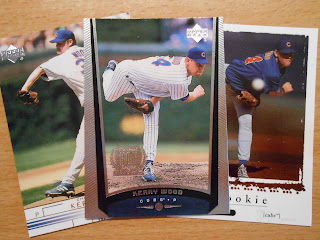 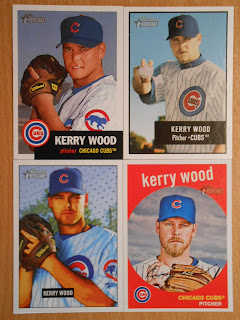 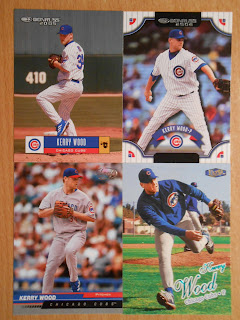 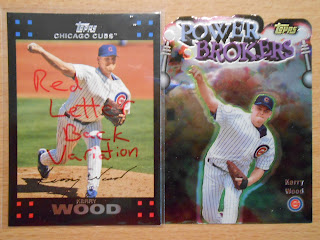 And then the card I've been after for years, and I do mean years. 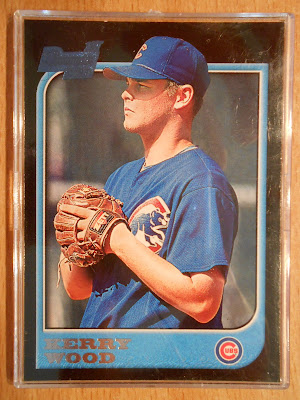 The 1997 Bowman rookie card of Kid K!  Matt even it firmly placed it in a snap down hard protective case for good measure.  Good thing, too, because I just about dropped the entire pile of cards on the floor when I saw this beauty!

Matt included a note as well, "How about a 10% boost to the ol' Kerry Wood collection?"

Thanks for a great package, Matt!  I've got something planned down the road for you, but until then I've got some cards already packaged up to send your way.