The field is set for the final round of this match-up. The dollar store repacks have taken a beating up to this point. I emptied the rest of the contents from the bag to face off against the last Zippy Zappy repack. 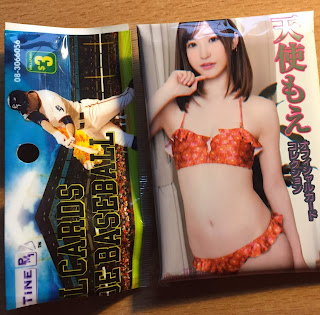 I've exhausted the 2016 BBM wrappers and we've moved on to the girly repack. Well, isn't that something a bit ... um ... different?

I don't know about you, but the picture on the wrapper has me expecting some super mojo within the ZZ repack. All Cubs for my player collections? Maybe a SegaGen card or two? More Fukudome mojo? Let's see! 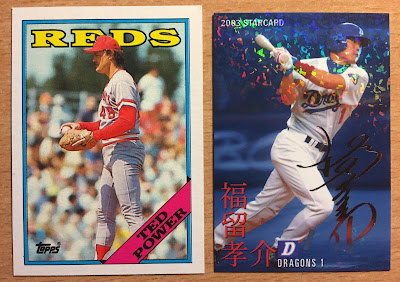 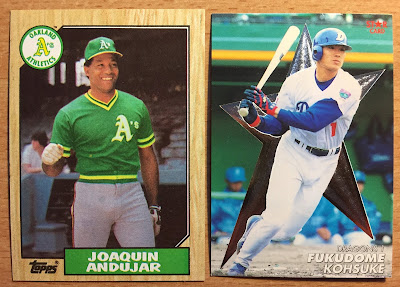 I remember Andujar pitching for the Cardinals, but that was probably later in his career. This Fukudome is a Calbee card . . . I think most Calbee cards are slightly undersized. The "Star Card" is a a simple enough concept, but one I can definitely get behind. 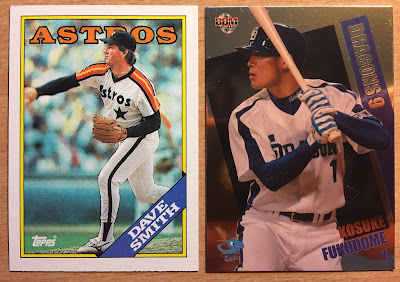 Mike Scott was a pretty solid pitcher back in the day. Maybe you didn't notice, but the dollar store repack is has offered up three Topps junk wax cards in a row. I think it has thrown in the towel.
This Fukudome card didn't photograph particularly well. It's all chromed up and ready to go, but the lighting at my desk wouldn't cooperate. My bad. 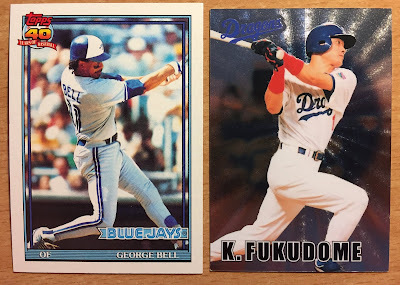 More junk wax. Surprise, surprise.
This might be my favorite Fukudome card yet. It kind of has a bit of a dufex feel to it. I'm loving it! 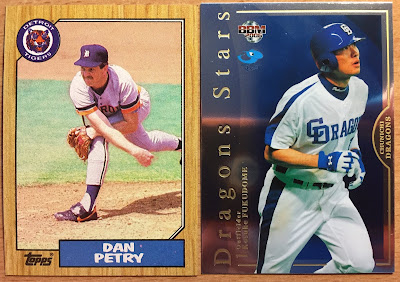 Man, more Topps junk wax. Funny thing here: I'm playing OOTP's Perfect Team and Dan Petry is actually one of my reserve pitchers I use when my normal starting five aren't performing up to standards. That doesn't earn him any special privileges here though.
Wow, the shine on this card is gorgeous. I love the gold foil... this one reminds me a bit of Topps Gold Label. It feels very high end. I have a new favorite!  I'm fickle, what can I say? 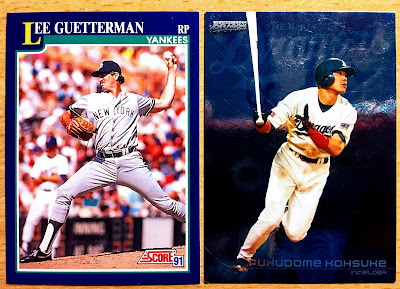 Woo-Hoo! Something other than Topps junk wax.
I tinkered with the picture settings on this pair, which darkened the border of the Score card, but helped to make the Fukudome card "pop" a bit more.
Such a great variety of Fukudome cards here! 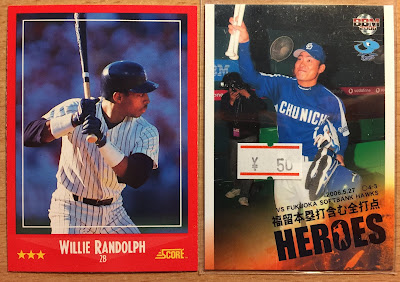 Willie Randolph was one of the better second basemen of the 1980s, but I already collect cards from a second baseman from that era.
It looks like this ZZ repack is sensing the win and is starting to celebrate! 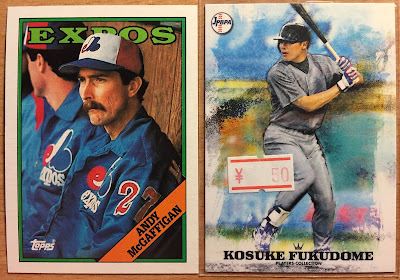 Man, the back end of this dollar store repack has been an absolute dude.
That's okay, because the ZZ repack is picking up the slack. This is the second JPBPA art card from this Pack Wars series. Most excellent! 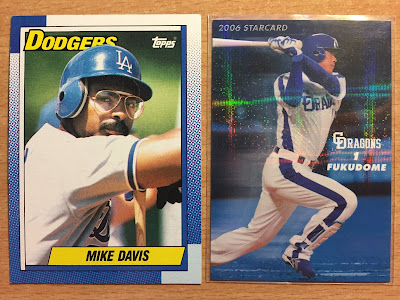 Another Star Card of Fukudome. Mike Davis is all like, "Seriously? How am I supposed to compete with that?" 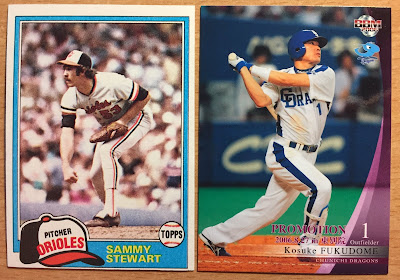 Finally, something other than a card from 1997-1991. And what happens next? The ZZ repack drops a promotional Fukudome card on the pile. Boom!  Yep, that just happened! 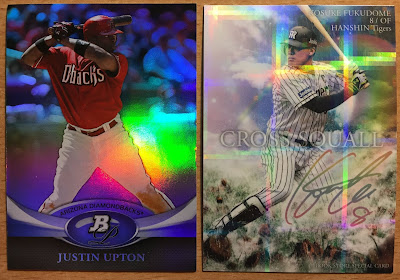 Ooooh, a shiny Justin Upton from Bowman Platinum. Pretty!
But honestly, the shininess from the Cross Squall on this last Fukudome is just too much. It's like Topps' x-fractor pattern . . . but better! What a tremendous looking card in hand.

The shutout is complete. Not only that, but the ZZ repack went 11-for-11 on delivering Fukudomes. Actually, let's take a deeper look at some of the numbers. The Zippy Zappy cards won all five battles by a grand score of 48 to 5. Three of those five wins were provided by 2019 Topps in the first round. The dollar store repack was shutout twice in four rounds and only earned two victories out of 39 matches. Ouch!

Here's the most impressive number: twenty-four new Kosuke Fukudome cards for my player collection and not one duplicate. That doesn't happen on accident, folks.

Zippy Zappy, thank you for taking the time to shop for cards for me while on your trip to Japan. Hopefully I can find something comparable to send back your way before too long.