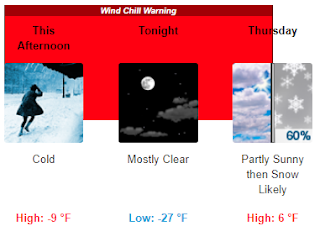 I'm currently writing this on a day where I should be in school teaching (1/30/2019), but this crazy polar vortex just came out of no where. It's supposed to get down to 27 degrees below zero tonight. Garbage pickup and mail delivery, along with all sorts of community activities have been postponed . . . and queue the sad trombone . . . the vortex has delayed the delivery of 2019 Topps to the big box stores to P-town. (Yes, I went out and looked in this crazy cold!)

With all that being said, the time off has given me some extra time to clean up around the house, watch my wife do the taxes, and do some blogging.

Bru, from Remember the Astrodome, recently shipped out a dozen packages and I was the lucky recipient of one.  Let's see what he sent! 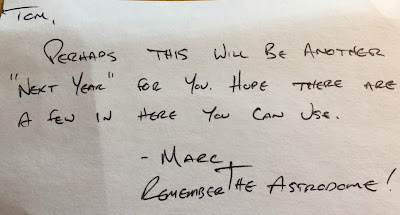 Honestly, I'm not sure what to think about the 2019 Cubs. They're watching the purse strings while teams with lesser budgets are tied to Manny Machado and Bryce Harper. The Cubs have a roster full of offensive guys who could have rebound years, but it's the bullpen that has me worried. We'll see!

Cool! I had a couple of these tins a few years back that I picked out of a quarter box. 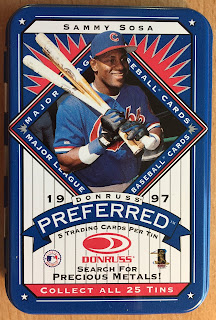 I did exactly what Bru did with this one: fill 'em full of cards and ship them to a team collector. Much obliged!

Here's a smattering of horizontal cards to start things off. The Sosa cards are new to me and I can always use more rookie cup cards of Ian Happ. 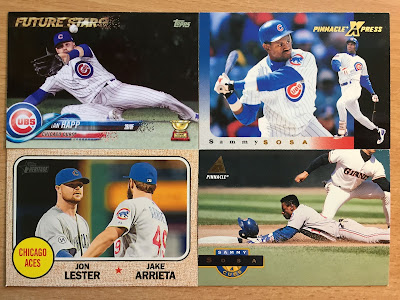 Jon Lieber was one of the more underrated quality starting pitchers to come through Wrigley since I've been watching Cubs games. 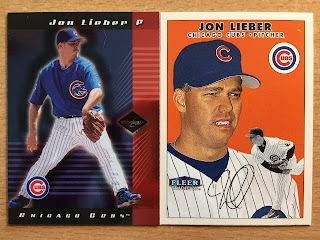 MLB Showdown is a sportscard game that was released in 2000. I want to say that's Miguel Cairo pictured swinging the bat, but he didn't play for the team during this time period. Jose Nieves maybe? 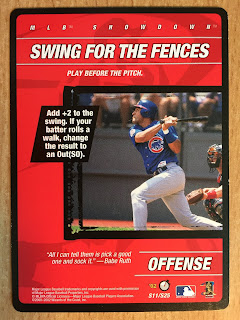 Woo-Hoo! It's a new Brooks Kieschnick card for my player collection! 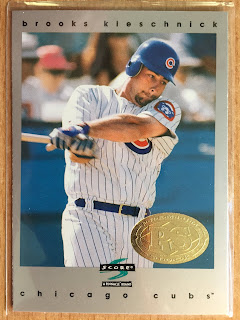 I'm up to 87 different Kieschnick cards and in all, twenty three different individuals have contributed to this mini collection of mine. The blogosphere, and my sister, are quite generous!

Baez would not be in the category of "offensive guy who could have a rebound year." I fully expect some regression back to the mean, but I've been wrong about Baez in the past. Who's to say he won't prove me wrong again? 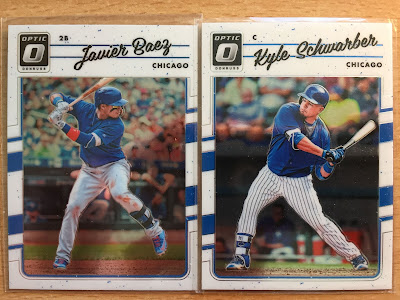 Schwarber is one of those guys who I don't think Cubs fans have seen the best of yet. Although, what he did in the 2016 World Series, after being on the DL for six months, was pretty amazing.

How about this? What a score for me! I believe this is a complete 1992 Panini Sticker set with the team card and the two extra shiny cards of Ryno and The Hawk. 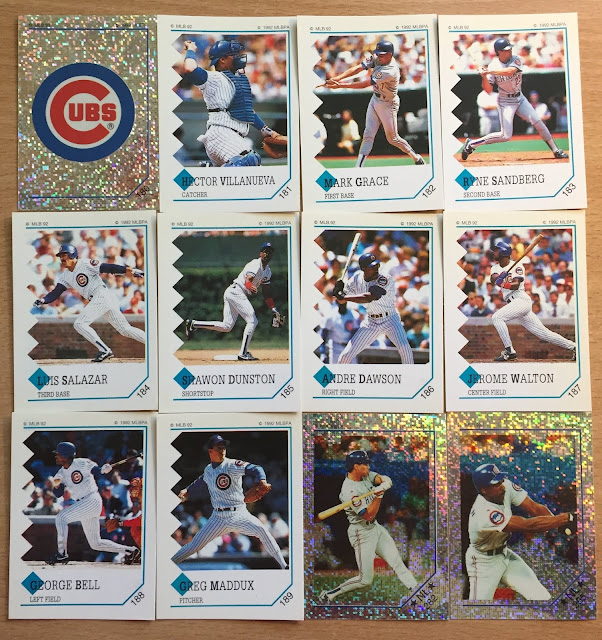 I already have the team card and the two Sandbergs, but everything else is new. Some of these should go into their respective player binders, but I'm going to keep this one together instead.  I have about 13,000 cards or so in my Cubs boxes, but not too many complete team sets!

Here's a shot at the backs. It looks like some sort of game can be played with the sticker backs . . . except you don't want to use your Cub stickers to play. 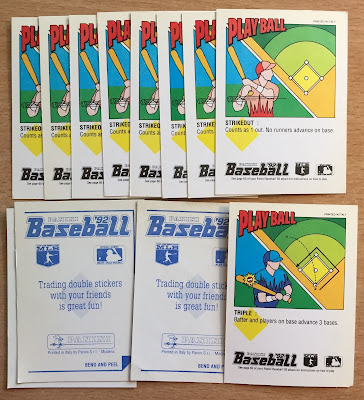 All of them are strikeouts except for Hector Villanueva's triple! (Villanueva had two career triples, for what it's worth.)

This Ryne Sandberg card is the pink prizm parallel of the Panini's 2017 Donruss Optic release. 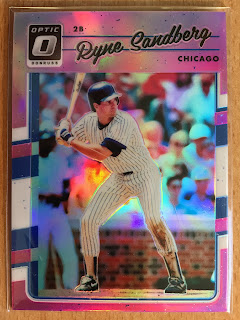 924 Sandbergs and counting! Currently all my Sandberg cards are in a binder, but it is getting crammed. I'm thinking about moving them all to penny sleeves and slipping them in top loaders and then storing them in a box. Has anyone done this? I have about 250 top loaders not being used... but this could get pricey in a hurry to do all 900+ cards. Maybe I should just invest in a second binder.

Thanks for the fun cards, Bru. Going through new cardboard on an unexpected day off from school is a great way to kill some time!