I'm not sure how good my French in the title is, but hopefully it provides a smidgen of foreshadowing for this quick Cubs mojo PWE post from Dimebox Nick.

Nick, all is well! The winter has been a little chaotic and I don't like how it's messing with my school schedule. But, on the flip side, pitchers and catchers reported this week!  Woo-Hoo! 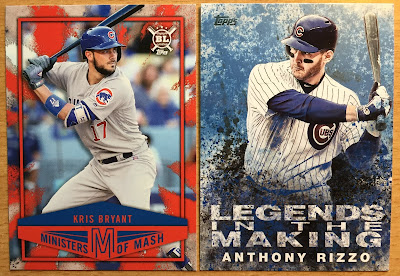 Yes, I'm still adding Cubs cards from 2018 to my collection that are new to me. I have the Bryant Ministers of Mash, but it's in my master set build of Topps Big League. 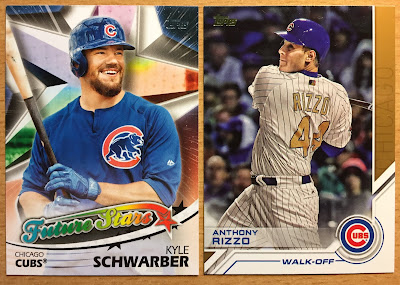 I didn't even know Schwarber has a Future Stars card from last year. How did I miss that?  Oh, and that Rizzo! Because he's wearing the gold numbered uniform, this one will probably wind up in the World Series binder rather than the Rizzo binder.

Javy is a beast. 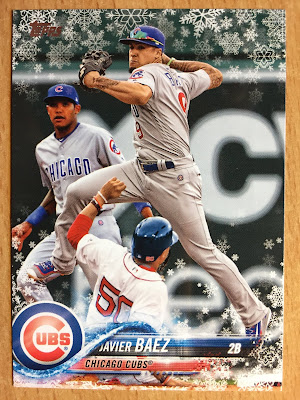 The fantasy baseball industry is predicting Javy will regress back to the mean in all the typical Roto categories.  Fine. Whatever.  He'll still lead the league in unbelievable tags at second, steals of home, and elusive slides. My fantasy leagues play with those stat categories anyways! (Um, no, that's not true, but it would make for an interesting league.) 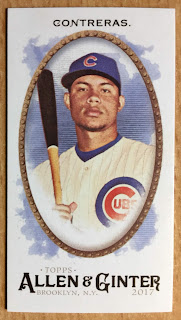 Willson Contreras and the statistical mean... hmmm... What's the opposite of regressing back to the mean? Exploding away from it? Whatever it is... well, I predict Willson to do that in 2019.

Send me all of your 2019 Topps! My base set is not complete yet! 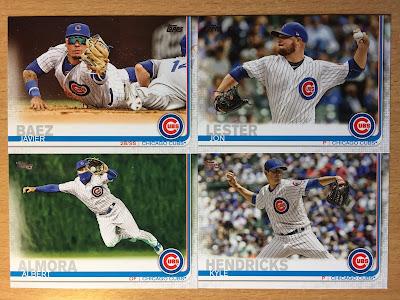 Mmmmm.... Schwarber. If it wasn't for Willson, Carl Edwards, Zobrist, and Rizzo, then I think Schwarber would be my favorite. 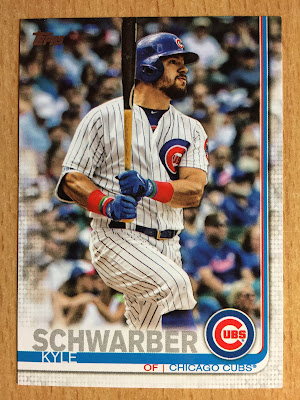 Honestly though, there isn't as big a gap from Schwarber to the top of the list as one might think. But, it is pretty crowded at the top.

Brooks Kieschnick mojo of him pitching and hitting? How 'bout that, folks!?! 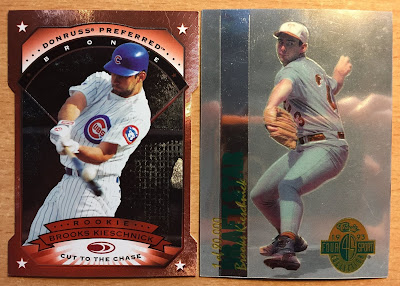 Ready for a math lesson? 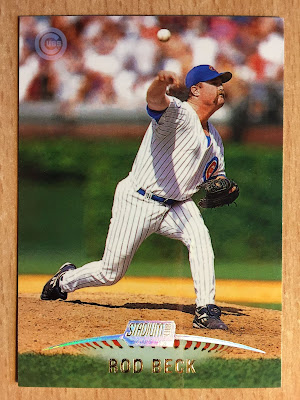 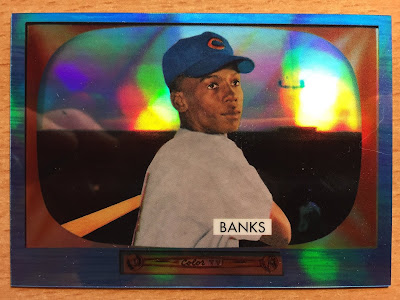 Did these Chrome throwbacks with the blue tint go over well with collectors? Normally, with a Cubs card I'm all for the blue, but I'm not really sure what to think about it here. 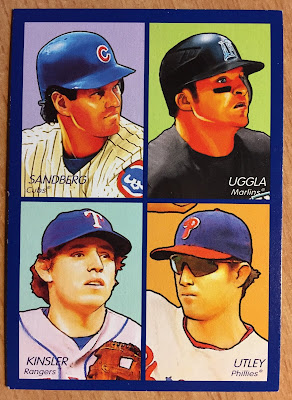 That's a pretty nice looking card! It's also the 925th unique Ryne Sandberg in my collection. 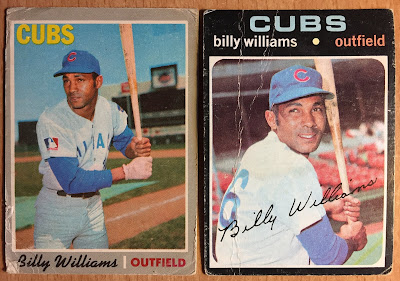 Here's the back of the 1970 Billy, which Nick referred to in his note. 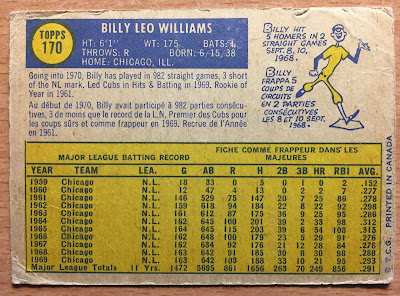 Nick, thanks for the great selection of Cubs cards. Some might say it was a Coup de Circuit! By the way, that was 18 cards in one business envelope with a single Forever stamp applied to it. That has to be some kind of record.