Vogelmonster and Revisiting a Sketch Card

Nick, from Dime Boxes --The Low-end Baseball Card Collector's Journey, reached out last week about sending me a card I potentially still needed. 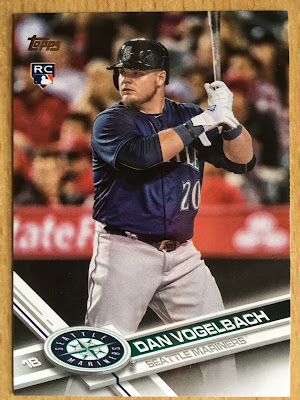 I've knocked a couple of the Series 2 Vogelbach cards off my list, but I'm doing my best to be patient with Ebay while making sure the good deals don't get away.

Naturally, Nick being Nick, there was more than just one tremendously appreciated card in the PWE.

These are my first 2017 Cubs Archives cards: 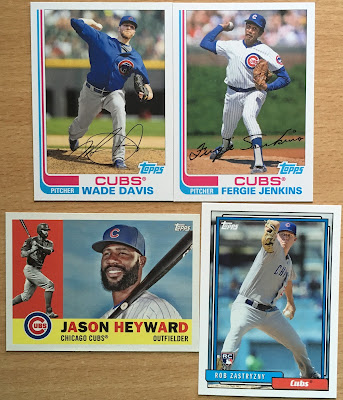 The Wade Davis knocks off my #1 most wanted card, which has since been replaced by the Anthony Rizzo Memorable Moments card from Topps Series 2. (See the right margin for the full list.)

These may not be new to you, but these 2017 Heritage Leaders and Then And Now card are new to me! 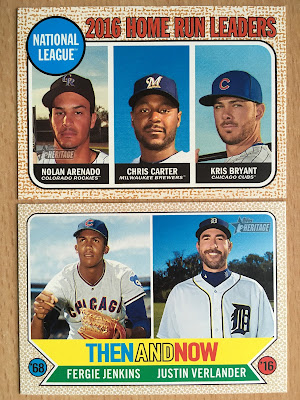 2017 Donruss and Opening Day cards of Javier Baez. Yep, these will go straight into a binder with the rest of my Javy cards. 😀 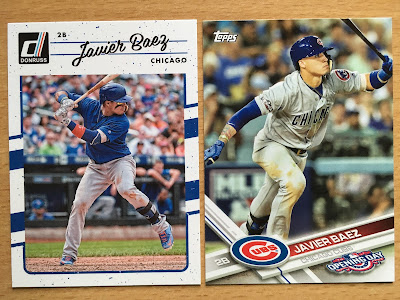 Schwarber has had a rough year, but I still think he'll figure it out. 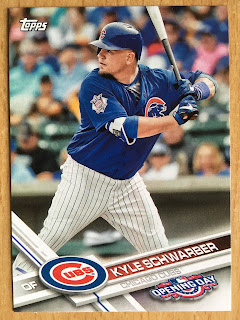 I think a good player comparison for Kyle Schwarber might be Jose Bautista. I'm not saying Schwarber won't figure it out until his age 29 season, but Kyle is certainly going through some growing pains.  Only time will tell I suppose.

The Dascenzo and Glanville collections get a little bit of a boost! 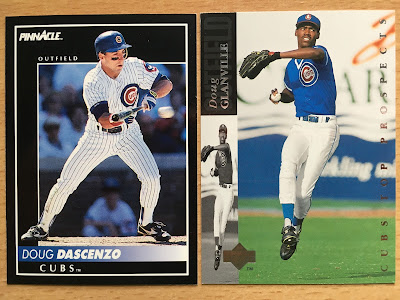 Heyward is having a better season in 2017, but he is not an All-Star and I'm fine with him falling out of the top three in the NL All-Star outfield battle. His current 0.3 offensive WAR still leaves a lot to be desired. 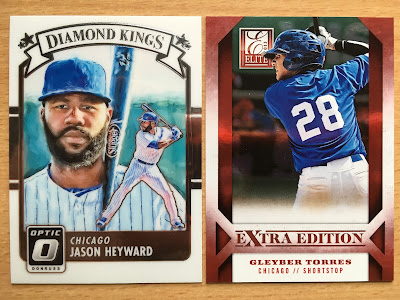 Gleyber Torres just had Tommy John surgery on his non-throwing arm and should be ready for spring training. The Yankees will like him, for sure, but I like that World Series Trophy. 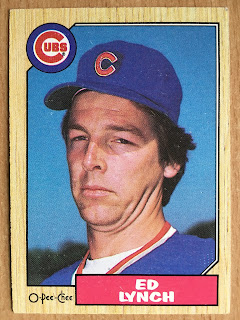 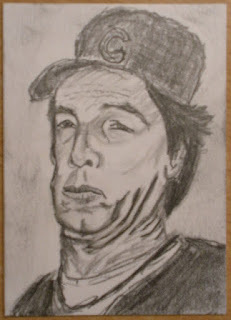 An O-Pee-Chee Ed Lynch to close things out. For what it's worth, nearly five years ago I was sent the sketch card on the right from dayf.  In my opinion he nailed it. Good times!