Cards from a Iowan Padres Fan

I've been sitting on this package for about two months. If I'm honest with myself I suppose there's good reason for that: I wanted to wait for a time where a large package of cardboard wouldn't burn me out on the hobby completely. April and May were two very busy months for me and this portion of the calendar is a big reason I somehow log over 2,000 working hours every year even though I don't work summers. I was able to post about a few smaller packages, but when that flat rate mailer arrived . . . well, that would have to wait. 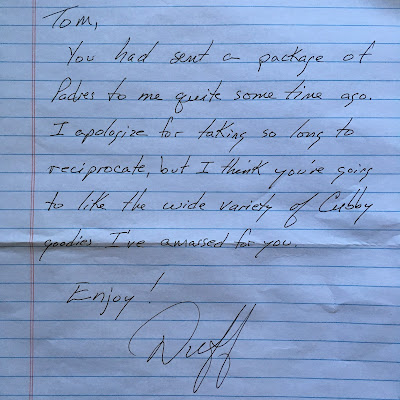 Duff, from Bleedin' Brown and Gold, and I have been exchanging packages since 2013, but it's usually been small stuff or a nice Christmas card, which is always appreciated. This time Duff had been saving up materials from his nearest MiLB team, the Iowa Cubs. Let's dive in! 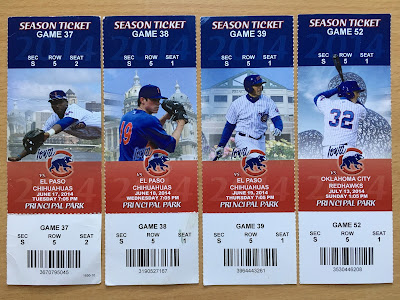 Believe it or, this is my first shirsey! 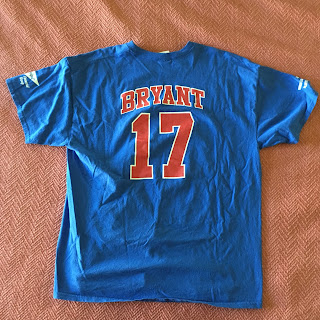 A promotional home jersey with the #1 on the back. Nice! 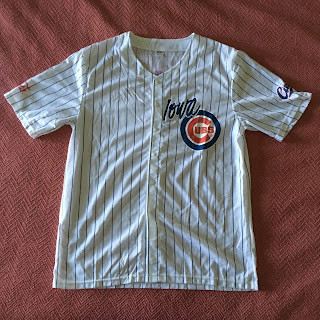 I used to subscribe the Vine Line, but then the internet came to be and I could find most of the content, in one form or another on-line for free. 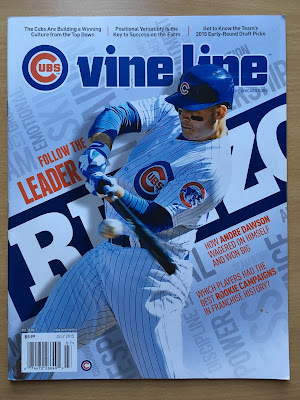 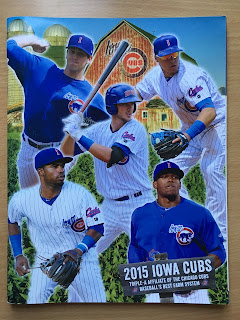 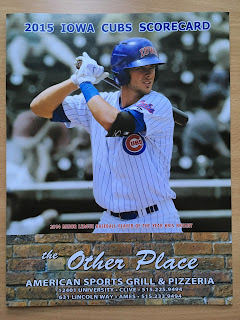 Hendricks, Baez and Bryant are still with the team and Alcantara and Soler have since moved on. That was a stacked AAA squad.

Here's a picture of the cards. I believe there were a dozen team bags stuffed with Cubs and . . . 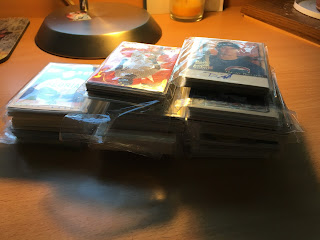 Baby Cubs!  My very own hometown team, the Peoria Chiefs, were represented in seven different sets within Duff's most excellent package. 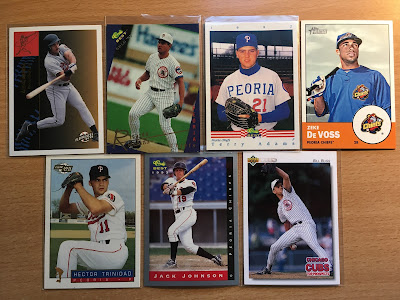 These guys, dressed as AA Charlotte Knights, were some of my favorites when they played in Peoria. Good memories! 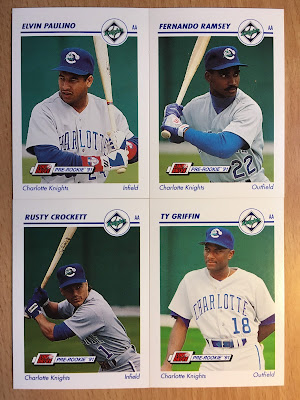 Cards for the Doug Glanville PC! 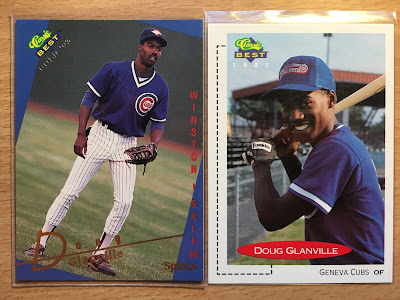 Cards for the Brooks Kieschnick and ROCK SHOULDERS player collections! 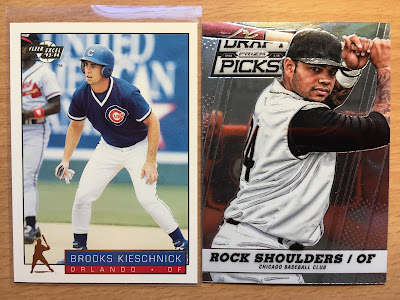 Earl Cunningham had a similar physique to Bo Jackson, but Bo knew baseball. Earl, not as much. 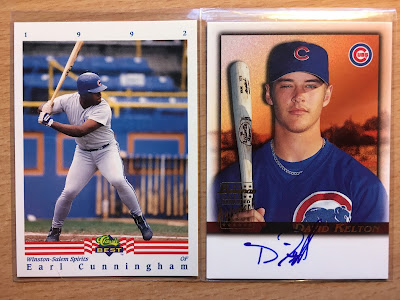 Kelton was supposed to put an end to the revolving door at third base shortly after the turn of the century. Spoiler alert: Kelton didn't pan out. But, it's a nice certified auto. 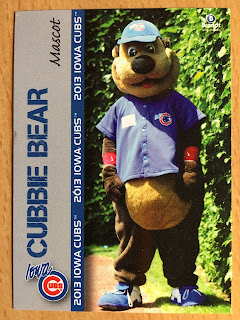 Cubbie Bear! I was just at an Iowa Cubs game about ten days ago and Cubbie Bear was announced as "greatest mascot." I'm thinking there's about a hundred or so other minor league franchises who have mascots who have also laid claim to that title.

On to the Major League section of the package: 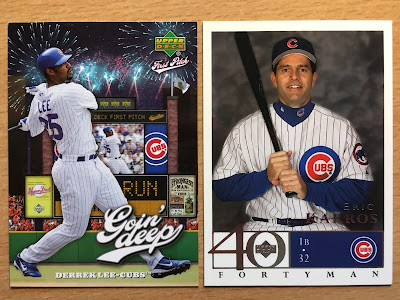 I really like the execution of the Goin' Deep insert. See the D-Lee on the scoreboard? Nice!  I wasn't around to collect Upper Deck's 40-Man set when it came out, but it's one I would certainly get behind now. 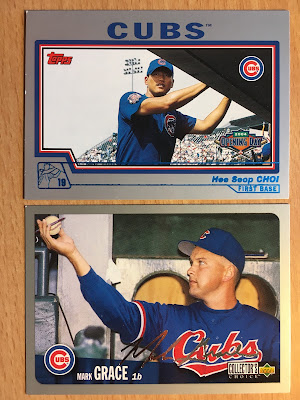 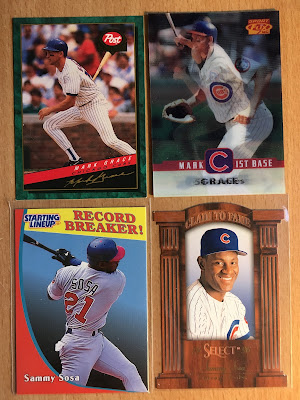 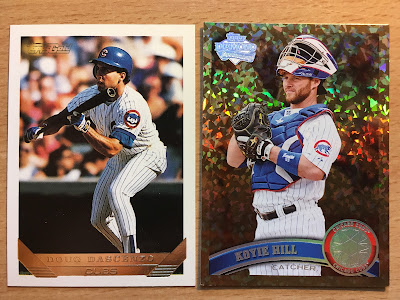 Older players and and a little vintage cardboard: 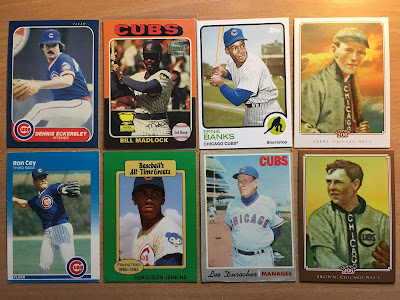 Bill Buckner was a hairy man and there's been a Frank Thomas sighting! 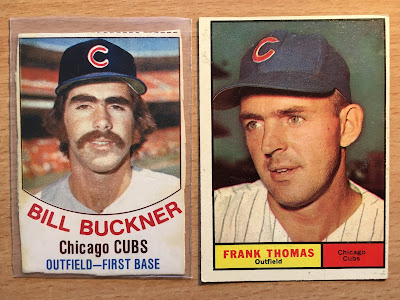 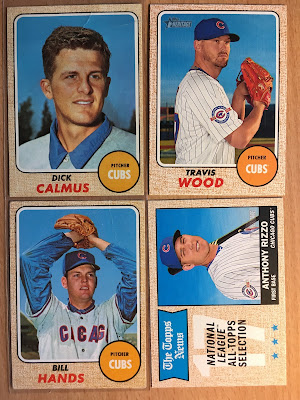 A couple of current Cubs in Pierce Johnson and John Lackey: 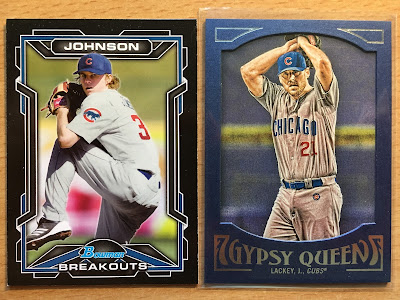 More current Cubs... I like the Gold Label set, but it's above what I'm willing to pay as a set builder. 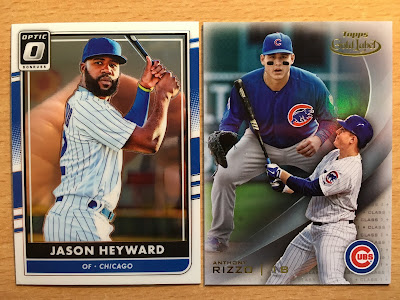 Those Donruss Optic cards are very mirror-like! Yes, that's my hand in the background of Heyward's card holding the camera.

This is my second Jose Cardenal disk, but I'm sure I can find a good home for it!  :) 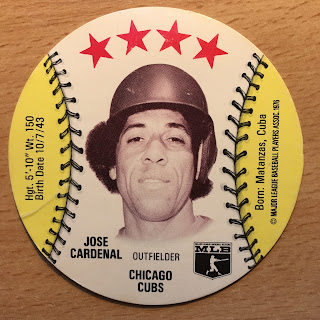 More cards for the player collections!  Turk the Quirk and a mini Fukudome: 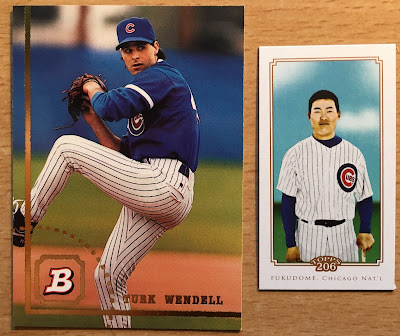 My Kerry Wood collection got a bit of boost as well: 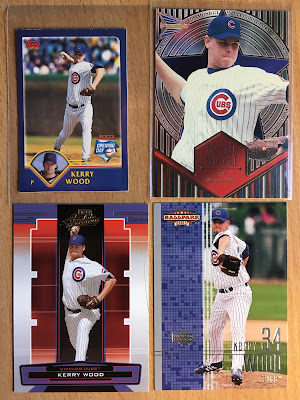 There was a healthy stack of Ryne Sandberg cards in the package and here are two of my favorites: 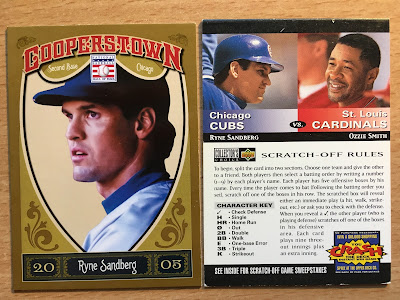 Here's my favorite card of the pack: 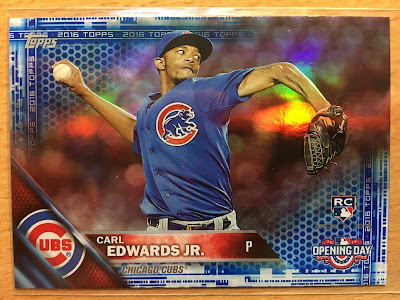 The blue Opening Day parallels from last year's set are just fantastic. I'm not a very big fan of the smokey base cards in S1 or S2, but the blue honeycomb works really well.

Wow, what a great collection of cards!  Any honestly, I think I only showed off about an eighth of the cards in the package. Holy Cow!

Not only does he have an awesome first name, but Duff is a Padres fan. FWIW, the Padres are one of the three current MLB teams I've been following this year. Obviously, the Cubs are #1 in my heart, but I'm a much less rabid fan now that they won a World Series. I've found time this year to check in on Dan Vogelbach and the Mariners, as well as Duff's Padres. The Padres really interest me for a number of reasons: smaller market, going through a rebuild, young players, pitcher's park, the Luis Torrens ZZ factor, Matt Szczur, and the overall beauty of San Diego. Names like Margot, Renfroe, Perdomo and Lamet may not be household names right now, but there's definitely some talent there.