A Fine Pull from Finest

I stopped by my LCS today to pick up a few items and decided to splurge a bit. I usually don't purchase packs over five bucks, but after the owner showed me the card below on Ebay, I figured, why not? 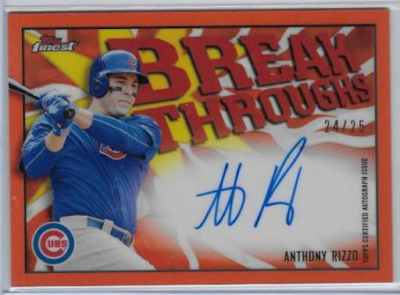 I knew the odds of pulling such a card are fairly ludicrous. Nevertheless, I opened up my wallet to purchase a 5-card pack of 2017 Topps Finest. 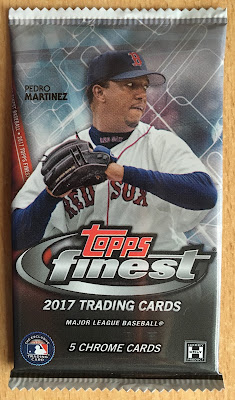 Pedro Martinez was always one of my favorite pitchers. Maybe this was a good sign? 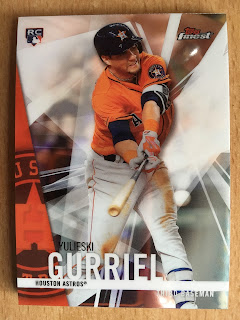 I drafted Gurriel in my fantasy league hoping I could plug him in 1B or 3B, but he hadn't hit for nearly enough power when I cut bait. So, yeah, a rookie card of a 33-year-old who currently has an OPS of 0.747. The card also has a slight ding in one of the corners. Not off to a great start.
On a positive note, I really like the design of the cards. I think what attracts me the most is the large partial logo in the lower left corner that is shaded in the team's dominant color. 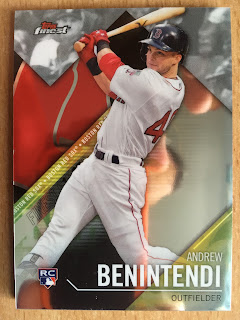 Yeah, this is a nice pull of a young rookie who looks to have a solid major league career. This specific card is actually a Finest First insert card. It's still a solid design, but I like the base cards better. 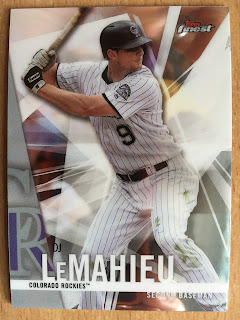 LeMahieu is a former Peoria Chief and also the 2016 NL batting title winner. Some of you may poo-poo this card if you were to pull it in a five card pack, because the Rockies don't seem to get a lot of love, but as a resident of P-town I'm pretty happy! 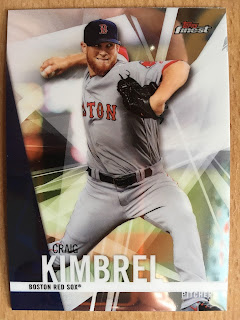 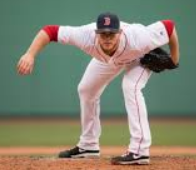 I didn't know card companies were allowed to make cards of Kimbrel where he doesn't have his arm hanging out while staring in for the sign. I am also am curious why Topps chose the navy blue instead of red for Boston. Odd.
By the way, if you've haven't seen the season being put together by Kimbrel... Oh. My. Word. His K/9 is 16.8, which is actually down from where it was a couple of weeks ago. Also, that ERA: it's a fourth of what he recorded in 2016.  Lights out! 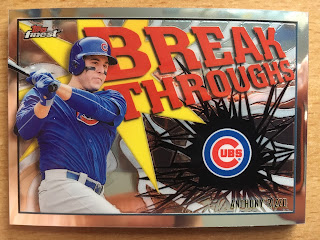 BOOM!  It's not the auto parallel my LCS owner showed me, but this card is awesome!  Oh, and it wasn't card #5 in the pack, but I had to save the best for last!

Great pull for this Cub fan!

I really like this product and would love to try to hand collate a set, but it's a bit out of my self-imposed budget. Blowout Cards has boxes on sale for $150, but a box is only twelve packs, at five cards a pack. The base set is 100 cards, which means two boxes if collation is good. Yeah, I can't do that. The Break Throughs Anthony Rizzo sure was nice though!
Posted by P-town Tom at 6/22/2017 02:53:00 PM