Cards from the Card Father

Some time back I sent some cards to Bob Walk The Plank to ship to The Card Papoy. For those of you not in the know, Kevin lives in France and collects Blue Jays and a whole bunch of other players/teams. BWTP was kind enough to play middle man, because he and Kevin (along with HSCA) participate in a transatlantic break.

Now, before I show off the cards Kevin sent me... can I ask what in the world does "The Card Papoy" translate into?

I figured papoy was French so I went to Google Translate and tried to solve this little mystery.

Apparently, papoy isn't a French word? Can that be right?  So, I clicked on the "Translate from Russian" link Google provided.

Yeah, that wasn't helpful at all.

So "The Card Papoy" is really "The Card Father"?  Can anyone confirm this?

On to the cards, but first a note: 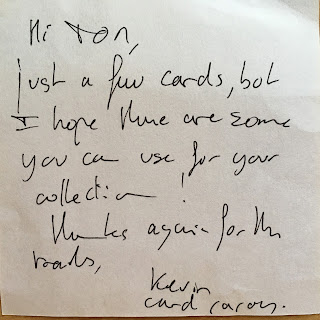 I always enjoy a good note, and reading The Card Papoy when I get a chance.

Topps Stadium Club Virtual Reality? That was a thing? I have to figure with VR becoming more and more popular Topps will bring this back. 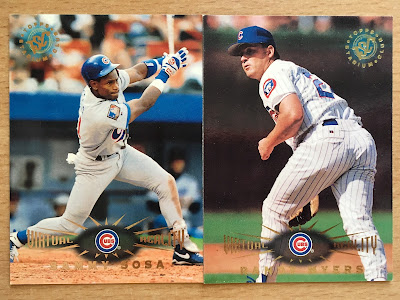 Assorted Cubs from the 90s and a nice Mark Prior: 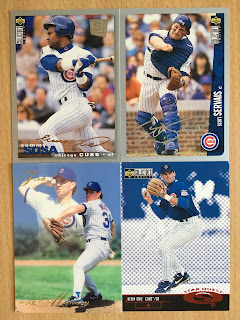 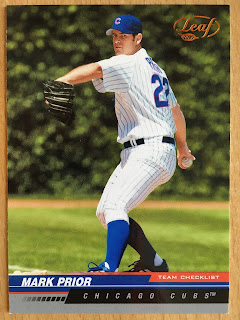 Sweet double-play card! EY was a favorite of mine when he played on the Northside. 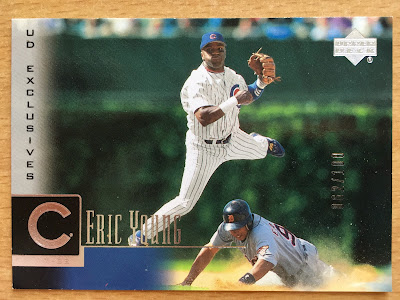 What a great action shot. I really like how you can tell he's about to exhale, as his cheeks are all puffed out.  Maybe in anticipation of contact from the runner?

Lastly, we have an Arismendy Alcantara autograph. 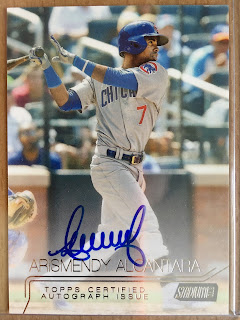 I thought Mendy was going to help bring a championship to Chicago, but he was pushed out of the picture by a bunch of #1 draft picks... Baez, Almora, Bryant and Schwarber.