Back in early February I won a large lot of Topps Ultimate Card Giveaway scratch-off cards. Two of them wound up being winners. The first one was a Topps Now Phillies card, which I still have, that commemorates their twelve run inning on April 8th. (Any takers?) 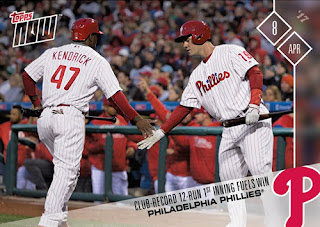 The second card wound up recognizing Christian Arroyo's MLB debut for the Giants. I have a few Giants collectors in my blogger database, but the guy I've traded with the most frequently is Adam, from ARPSmith's Sportscard Obsession. So, I offered it up to Adam and once the card arrived I shipped it off, but about ten days later I got another Arroyo card. Odd. 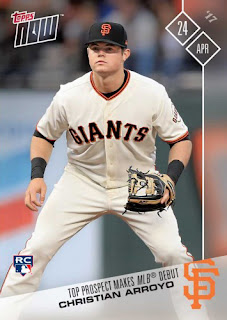 I no longer had the first one to compare it to, but a little internet research told me Topps forgot to include the RC logo on the front of the card. That had to be a costly mistake, as I think I recall the print run being over 1,000. I inquired if Adam would be interested in the reprinted version.  He was, and now I'm going to show off some of the cards that he sent in a return package. FWIW, I think I made out really well!

Love me a nice note! 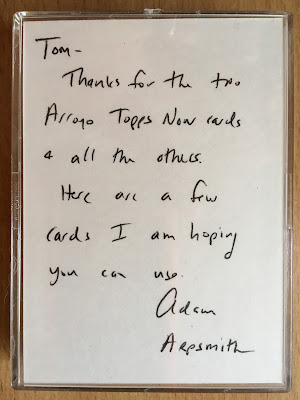 Fan favorites from the past: 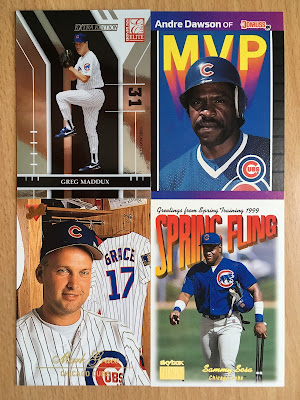 Two new Kosuke Fukudome's to add to my collection. The one on the left is a blue refractor numbered to 399. 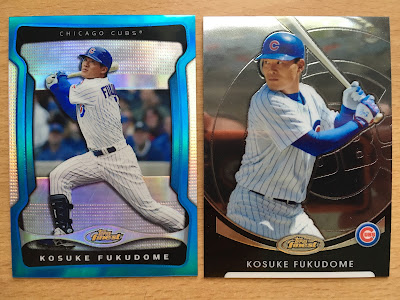 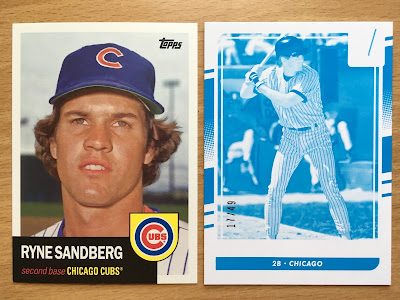 Adam also sent along cards to add to my Brooks Kieschnick and Kerry Wood collections. Nice! 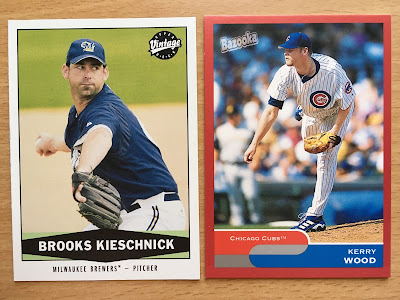 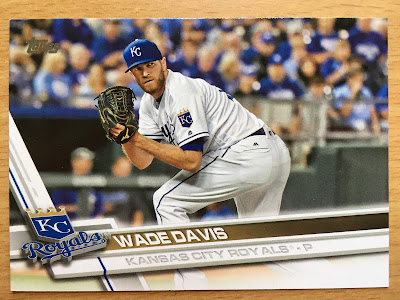 Oops, I forgot this Sandberg.  The 1990s were full of great inserts! 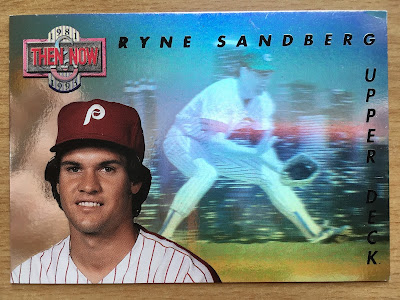 And lastly, a dual relic card of Javy Baez, from the 2017 Diamond Kings set: 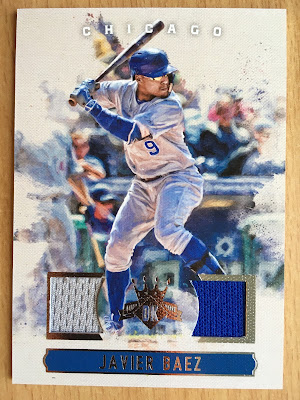