My Cardboard Habit Fires Back 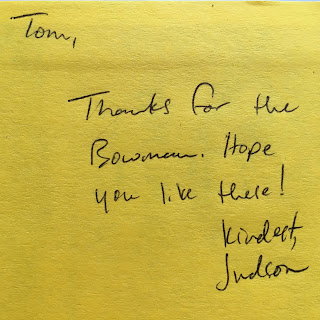 So, yeah. I sent a very simple PWE to Judson (My Cardboard Habit) with some Bowman and he returns fire with a yellow padded mailer. Hmmm... I think JBF would declare that an act of war.

I'll have to keep a look out for some nice Rangers when I hit my next show or card shop to try to even out the score. 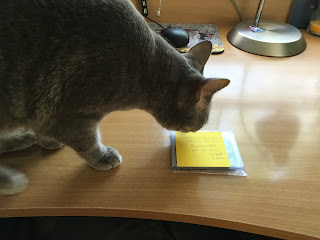 Holiday was laying on my phone, which I use to take pictures of cardboard. She wouldn't get up until I laid down the package of cards from Judson. She was just as curious as I was to see what was inside!

2017 Bowman! I actually really like this design, but I'm saving my budget for Stadium Club this year. 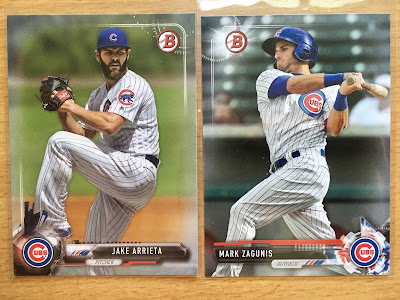 I saw Mark Zagunis play in person last week while I was Des Moines. He's an OBP machine, but it's going to be tough for him to break the lineup in Chicago.

Rizzo! I love the framed Diamond Kings. They're so classy looking! 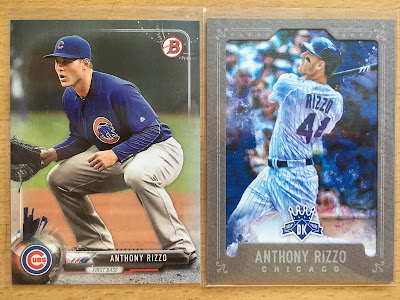 Eloy Jimenez! Wow!  I have a very small Jimenez collection, and this card goes right to the top of the list! 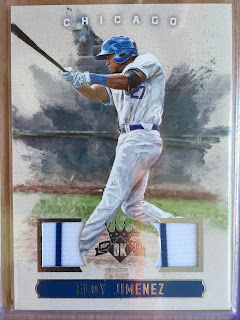 And lastly, we have a numbered to 99 dual relic of Kyle Schwarber. 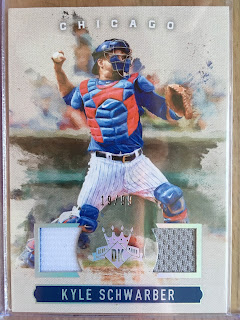 I don't think Schwarber is going to be that 0.300 hitter all the Cubs fans thought he would be. At this point I would settle for one of those classic three outcome guys, like Adam Dunn. Hopefully, he'll get it figured out before too long.