"I have some extra Cubs that aren't doing me any good."

That's like music to my ears!  Over winter break a gentleman by the name of David, a blog-less resident of the 49th state, contacted me and proclaimed that his Cubs cards were "sitting in a box in the dark."

Well, David... let me tell you, these cards are going every which way in my collection, but all are appreciated!  Let's take a look at what was passed on to Waiting 'til Next Year headquarters. 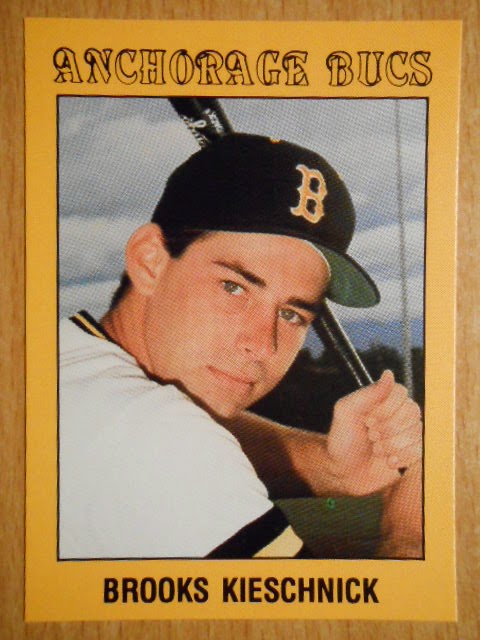 I have a Brooks Kieschnick collection, which I will store in a database someday, and this card is now the centerpiece.  Kieschnick was drafted by the Cubs in '93 and this card was produced in 1992 and boasts of Brooks' summer exploits in the Alaska League and Hawaii tourney.  Simply awesome!

Here's some more that are heading straight to the player collection binders: 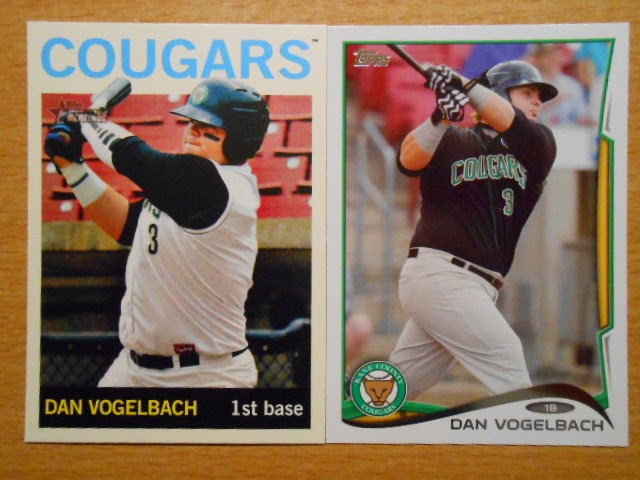 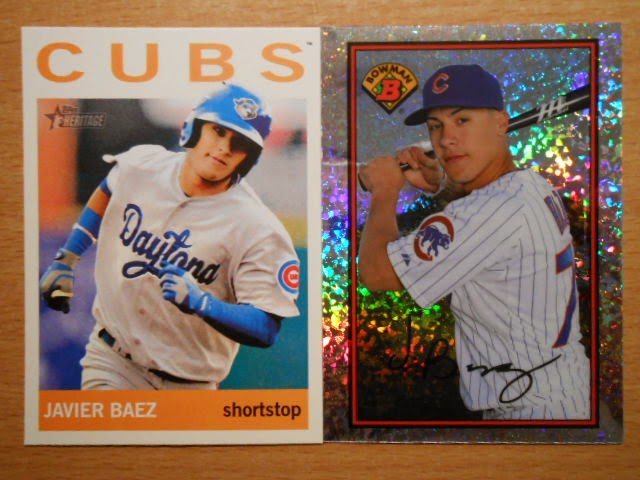 A couple of new Javy Baez cards.  I'm a big fan of the minor league Heritage sets, but I must say the shiny Bowman throwback is my favorite of the two. 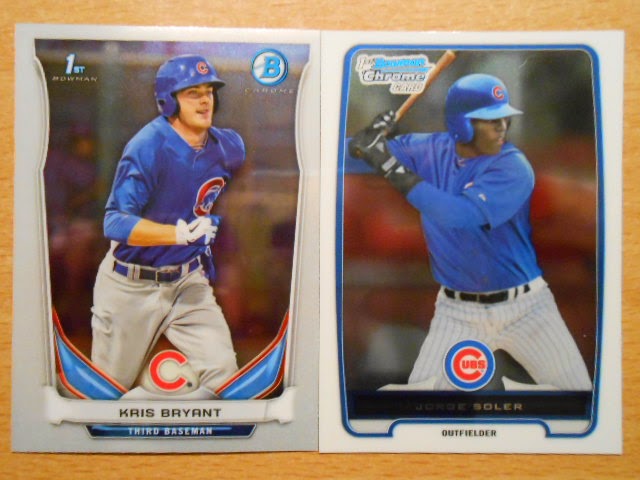 I'm calling it now: these two, Kris Bryant and Jorge Soler, will both finish in the top 5 for NL Rookie of the Year in 2015.  Not coincidentally, they are both binder guys as well! 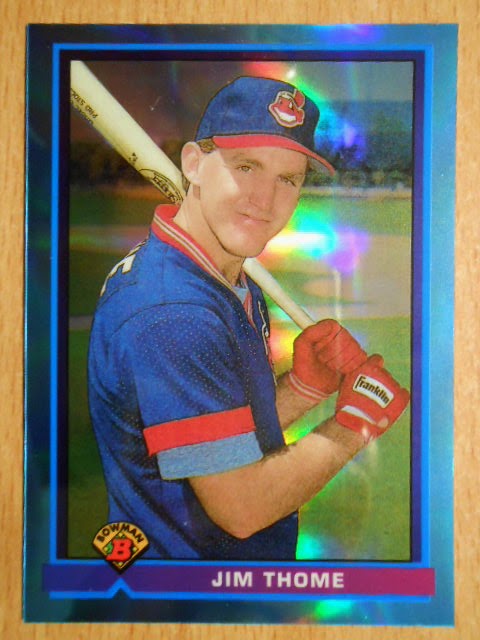 A legend of P-town and an all around good guy: Jim Thome.  I've been waiting for the price of this card to come down in price in my neck of the woods, but now I don't have to wait any longer! 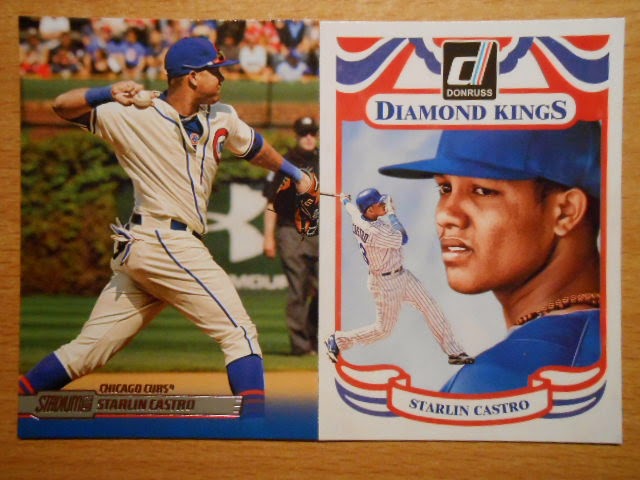 I have the Stadium Club card already, but it's been filed away in the Castro section of my Cubs binder.  This one is up for a spot in my new Cubs FrankenSet.  (Mental note: show off FrankSet to blogosphere.)  The Diamond King is pretty sweet, and I still say Panini is doing a pretty good job of hiding the fact they don't have a license. 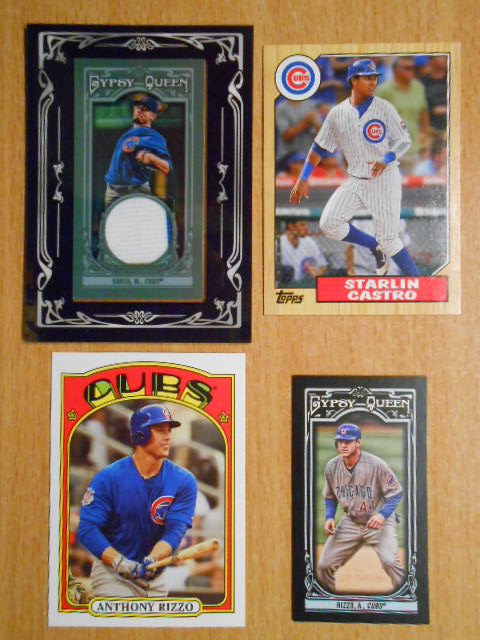 Minnnnnnnnniiiiiiiis!  Woo-Hoo!  The framed Garza will go my relic/auto box, but the other three will find their places in Castro and Rizzo sections of the Cubs binder. 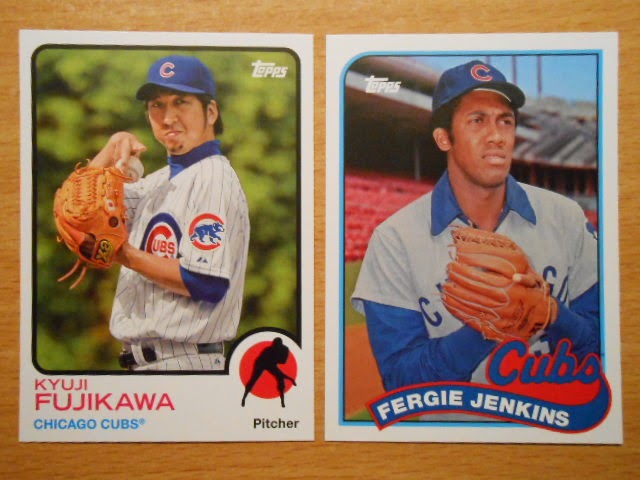 Again, patience prevails.  I didn't buy any Archives this year, but they are slowlyfinding their way to me.  I'm not sure how the Cubs' faithful feel about me having Fujikawa and Fergie in the same binder, but that's the way I roll. 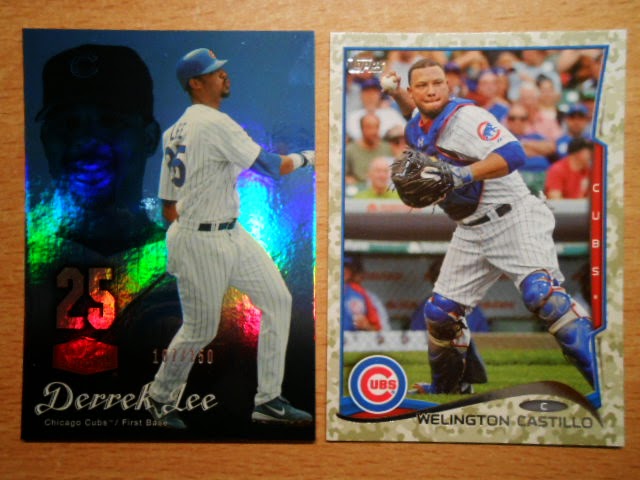 Lastly, the camouflage Welly is the last guy who go into the binders.  I hope he stays there, but my gut says he'll be traded before opening day, and then I'll have a decision to make on his place in my collection. The Cubs went and acquired not one, but two catchers this off season.  Arrrrrrrgh.

Well, that does it for binder representation. Let's move on to parallels and serial numbered!  Above we have a D-Lee numbered to 250.  Below a Sean Marshall numbered to 99. 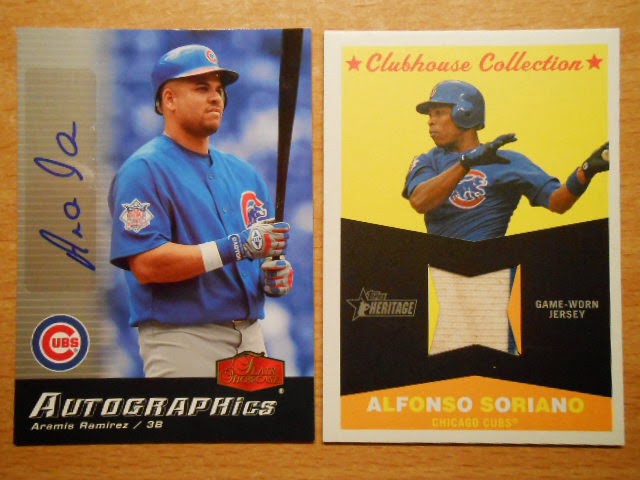 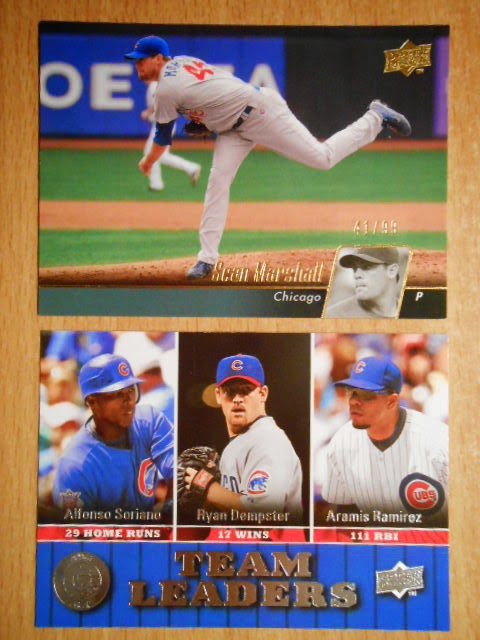 The team leaders card isn't a parallel, but the horizontal format fits well with the Marshall card above.  An A-Ram auto!  The first in my collection, what a score!  The Soriano relic has a horizontal blue stripe AND it is dirty as a car after cruising on the country back roads. 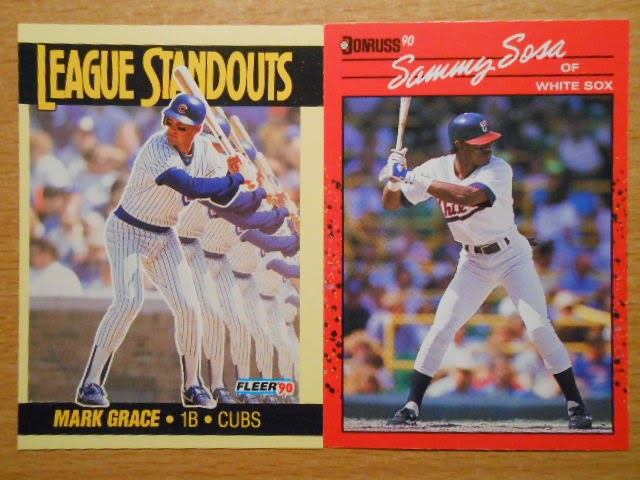 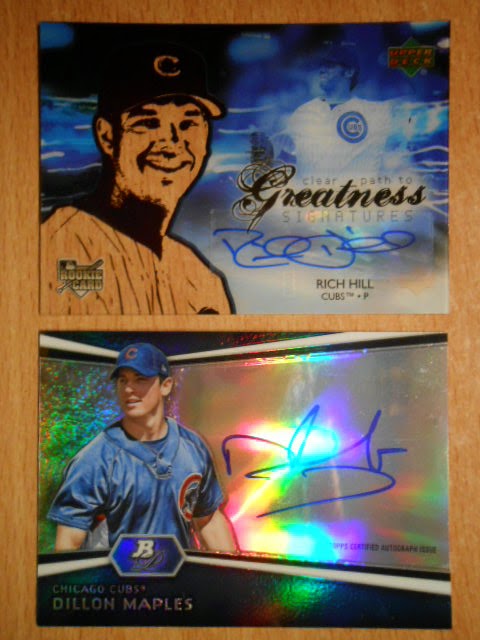 The League Standouts was some Fleer's better work from the early 90's in my opinion.  And, who can forget skinny Sammy Sosa?  I'm a Dillon Maples super collector, which once again just proves that I can't pick prospects worth a darn.  If Maples is lucky he'll have half the career Rich Hill did.  By the way, the Hill card is see-through, thus the "Clear Path to Greatness" name for the insert series. 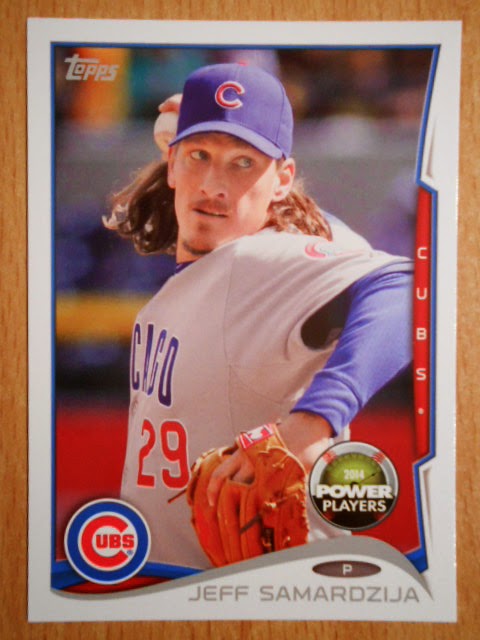 What a great selection of cards overall.  Last, but not least, we have a Power Players parallel of The Shark.  I can't believe he plays for the White Sox now.  Good grief.  He's going to own the Cubs in the Crosstown Classic this summer... I just know it.

David, you may say these cards weren't doing much for you, but they have totally brightened up my January.  Thank you your generosity!  Please tune into my next post where I ask the blogosphere for a little help on a return package for David.