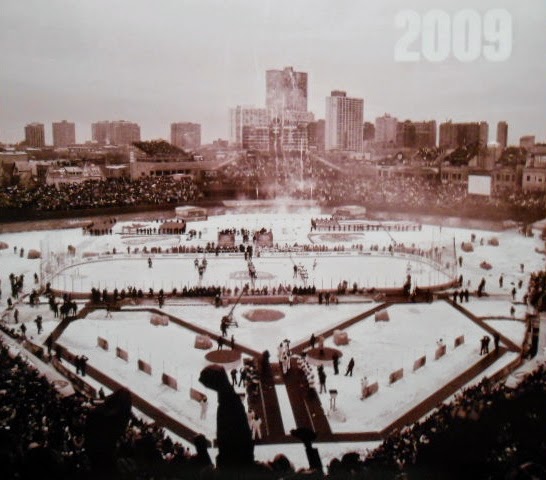 Notice that the caption doesn't mention the score of the game and that's because the hometown Blackhawks didn't fair so well:

Although the outcome wasn't what Chicagoans would have hoped it would be, I've heard it was quite an amazing experience to attend the game in person.

The Cubs did their part as they dressed up Wrigley field for the event and the exterior looked pretty nice! 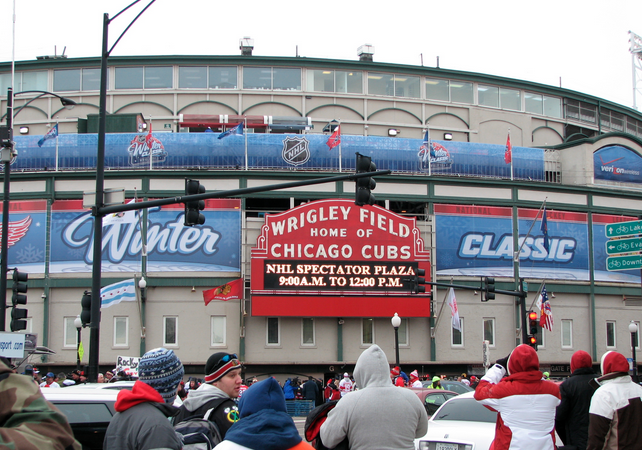 Well, that's the end of the 2014 Cubs Convention Calendar.  It was nice of them to add in January 2015 to get the new year started off right!