I follow quite a few members of the baseball card collecting faction of the blogosphere.  And let me tell you something... you sure do know how to make a guy envious.  Not only do you have amazing organizational skills, millions of cards, and pull sweet hits, but you're finding sweet deals all over the place.  I'm not going to even bother linking an example, because it seems like everybody and their uncle are finding deals they're more than happy with.

Well, I had a little down time one evening recently, and I had just finished my most recent book, so I paid "The Bay" a visit.  I typed in a couple of Cubs who I've been following closely as of late and sorted by "Price + Shipping: Lowest First."

I then placed a bunch of small time bids and watched the hands of the clock slowly tick by.  When it was all said and done I was outbid on a plethora of auctions, but I won three, one of which I was completely shocked by.

Let's start with the worst bargain of the bunch: 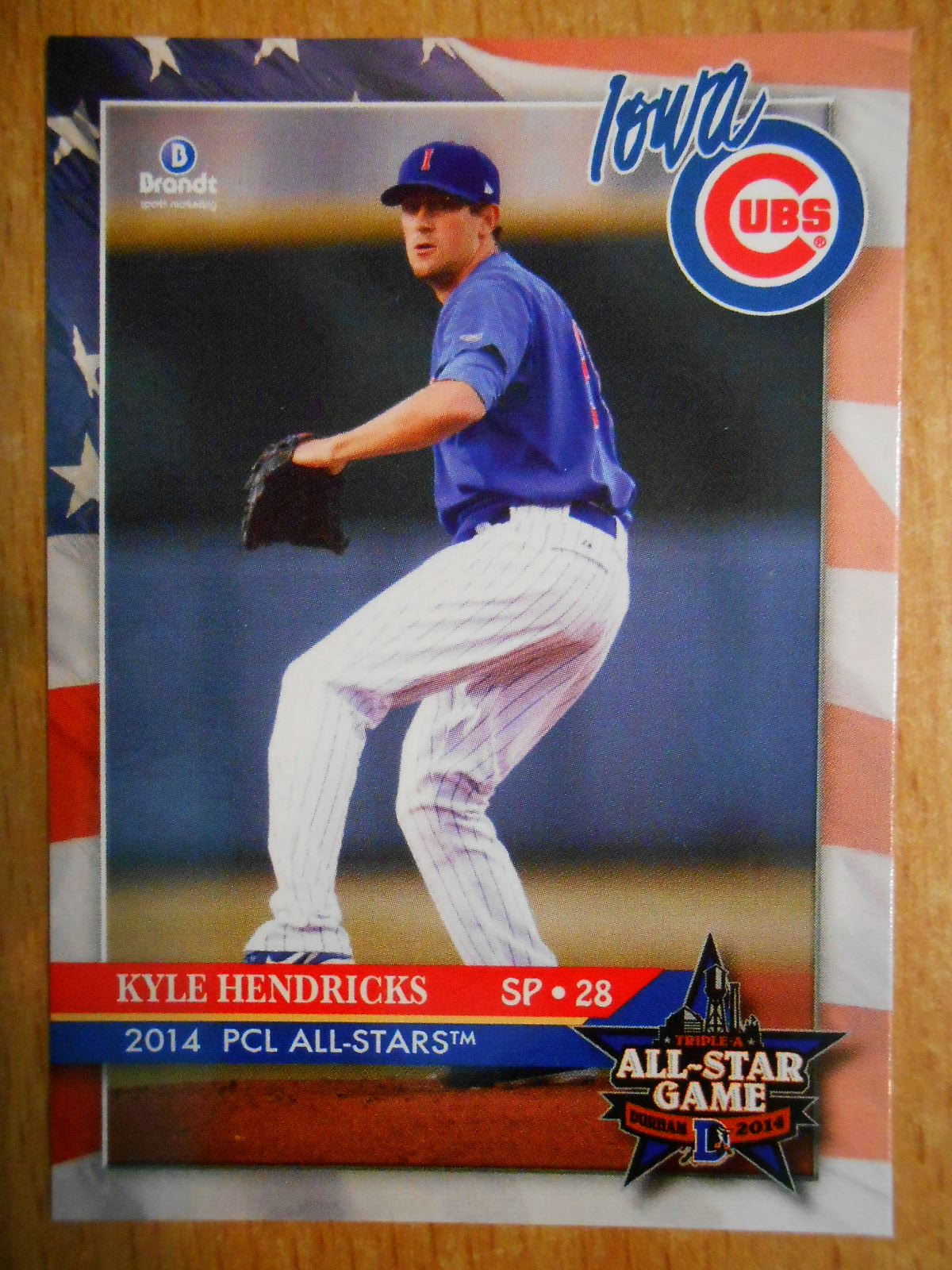 I don't have any Kyle Hendricks cards where he's wearing an actual Cubs jersey, but the I-Cubs are pretty close.  This card is from the 2014 Pacific Coast League All-Star Game set.  I paid just a hair under two bucks for this one, but it's only my second Hendricks card and it's the first one of him playing for his current organization.  All-in-all, not the best deal, because I'm sure the entire PCL All-Star set runs around ten dollars, but I'm not regretting this one.

Next up, a 2014 Jake Arrieta sparkly ruby red parallel from Topps. I was really disappointed with much of the photo cropping Topps did with their 2014 flagship product, but this one is pretty nice.  I love the contrast of the red sparkles with the blue border and uniform.  The horizontal nature of the card is plus as well.  I don't have many cards of Jake in a Cubs uniform and hopefully his name will litter the 2015 checklists.  This one makes me smile.

Off topic side note:  No Shave November is right around the corner and my wife approved an Arrieta-esque beard.  Should be a fun experiment!

Lastly, the auction I was most shocked to win.  And it was only for $3.62 shipped: a 2011 Bowman Chrome orange parallel of the Vogelmonster! It is pretty darned close to being a Christmas Card, but I'm glad it wasn't because I didn't want to get in a bidding war with Gavin.  I've seen orange Bowman Chrome parallels go for big bucks, but I think this one flew under the radar because it's three years old and is of a Cubs prospect who gets lost in the shuffle. 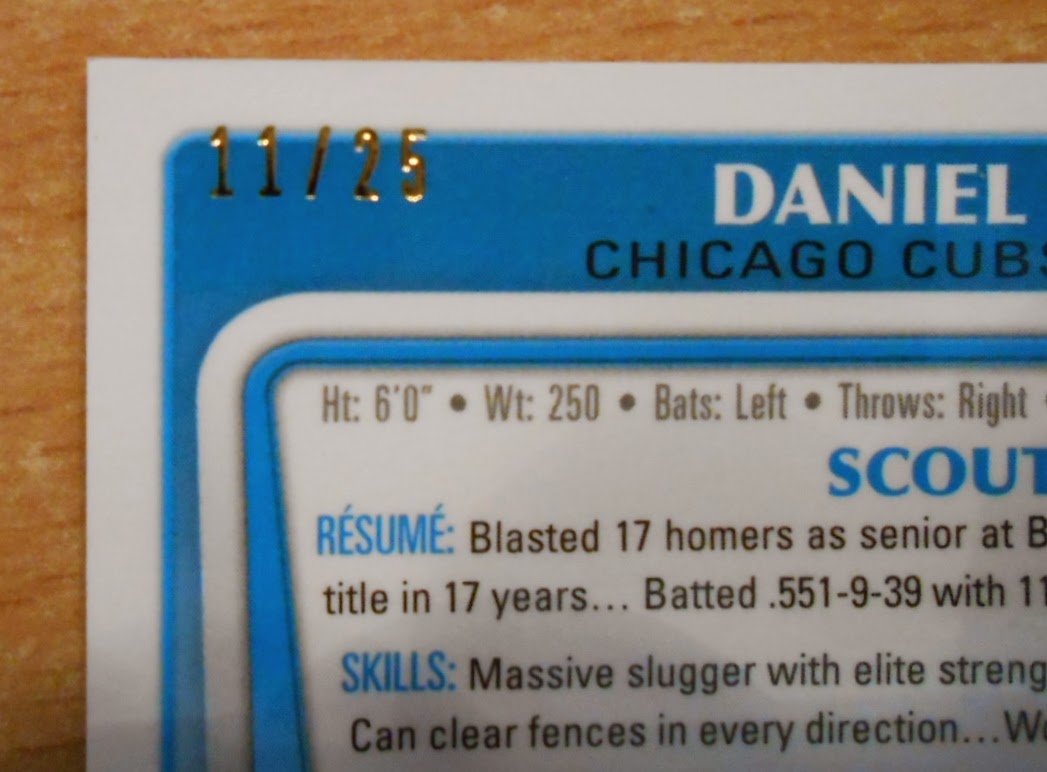 Dan Vogelbach is one of my favorites in the Cubs' pipeline at the moment and he will be playing in the Arizona Fall League before too long.  With this guy manning first base in Chicago I'm hoping Vogelbach impresses other scouts and he can become a big trade chip.  I'll still follow him if he's sent to another team via trade, but he doesn't have much of a future in Cubs and I'd like to see him make it to The Show.

I have another round of bargains from Ebay to post, but they're still in transit.
Thanks for stopping by today!