Hey, whoa now!  This is a family blog!

One of my New Year's resolutions from 2013 was to add a 1-of-1 card to my collection.  Thorzul offered up a printing plate for trade and I was all a flutter.  I figured I would pull some cool Brewers mojo and it would be an easy swap.  Three hundred sixty-five days later and the printing plate still calls Illinois' hat its home.  Sigh...  I suppose it serves me right for calling Wisconsin a hat.

Wes, of PWE fame, chimed in and the beginnings of a three-way trade was born!  I dropped a small brick of '13 Topps flagship and another brick of '89 Pro Set set needs on Thorzul and presto!

Look what appeared in my mailbox the other day! A 1-of-1 printing plate! 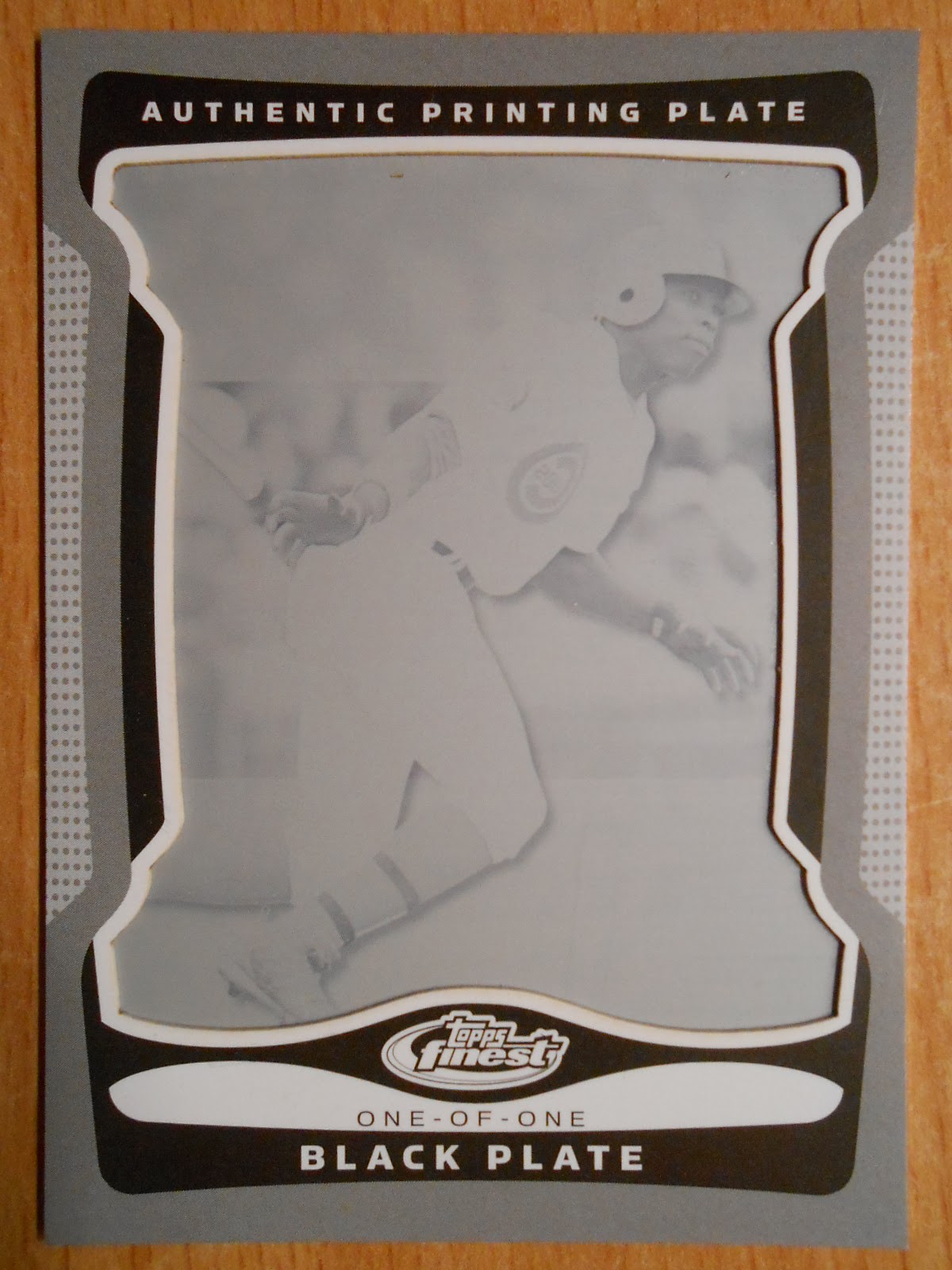 Alfonso Soriano's stay in Chicago was a bit tumultuous at times, but I feel like the front office did a great spin job during the last 18 months of his tenure.  Most Cubs fans, I hope, will remember Soriano as a veteran leader who worked hard to improve his value (especially defensively) to the team, rather than a guy with an albatross of a contract.

For some reason I thought all printing plates were blank on the back.  Not only is this one not blank, but it's in color!  Craziness is afoot. 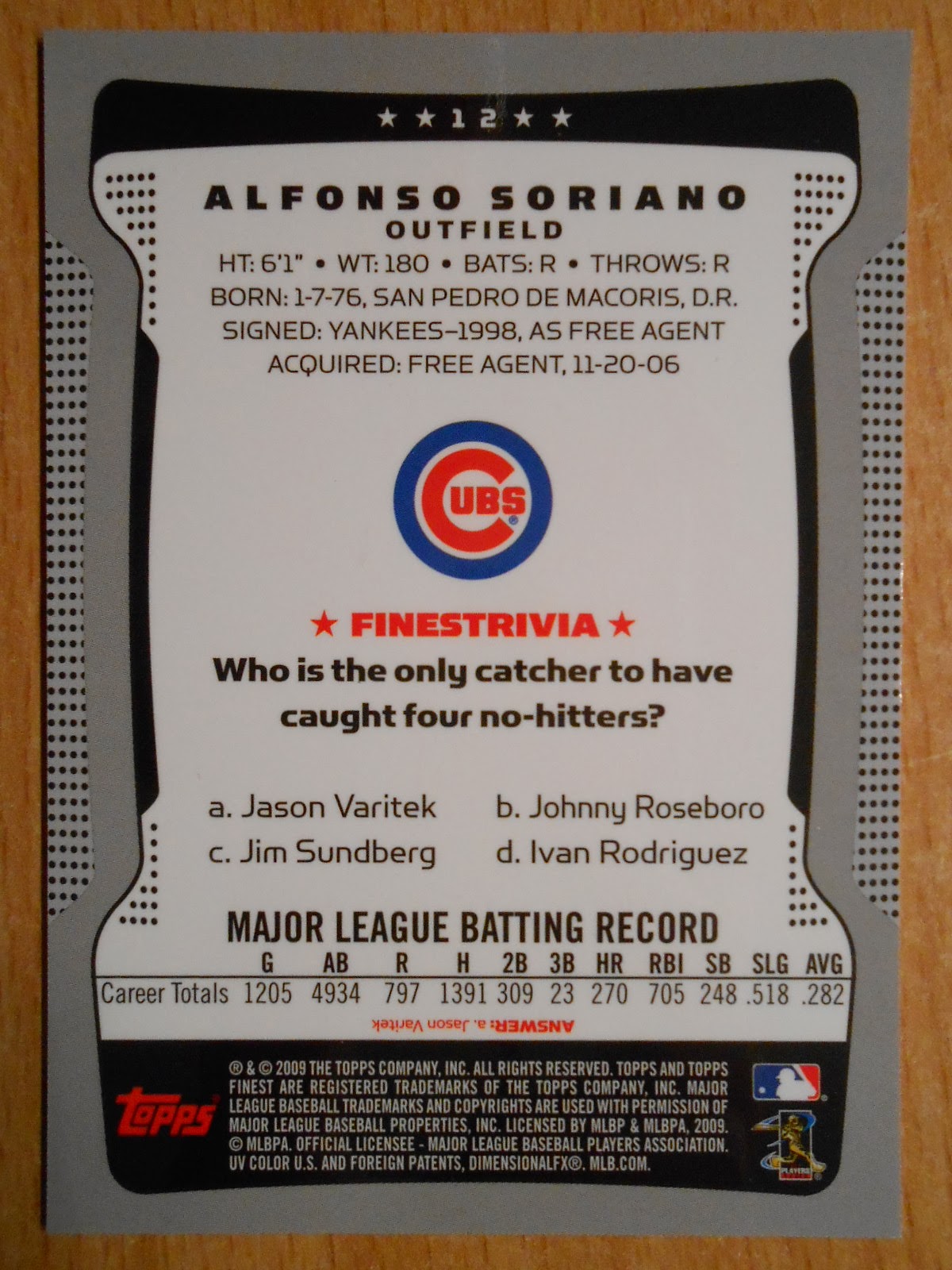 I'm not sure what Wes sent Thorzul as part of the three-way deal, but I have a feeling I have some work ahead to make things square.