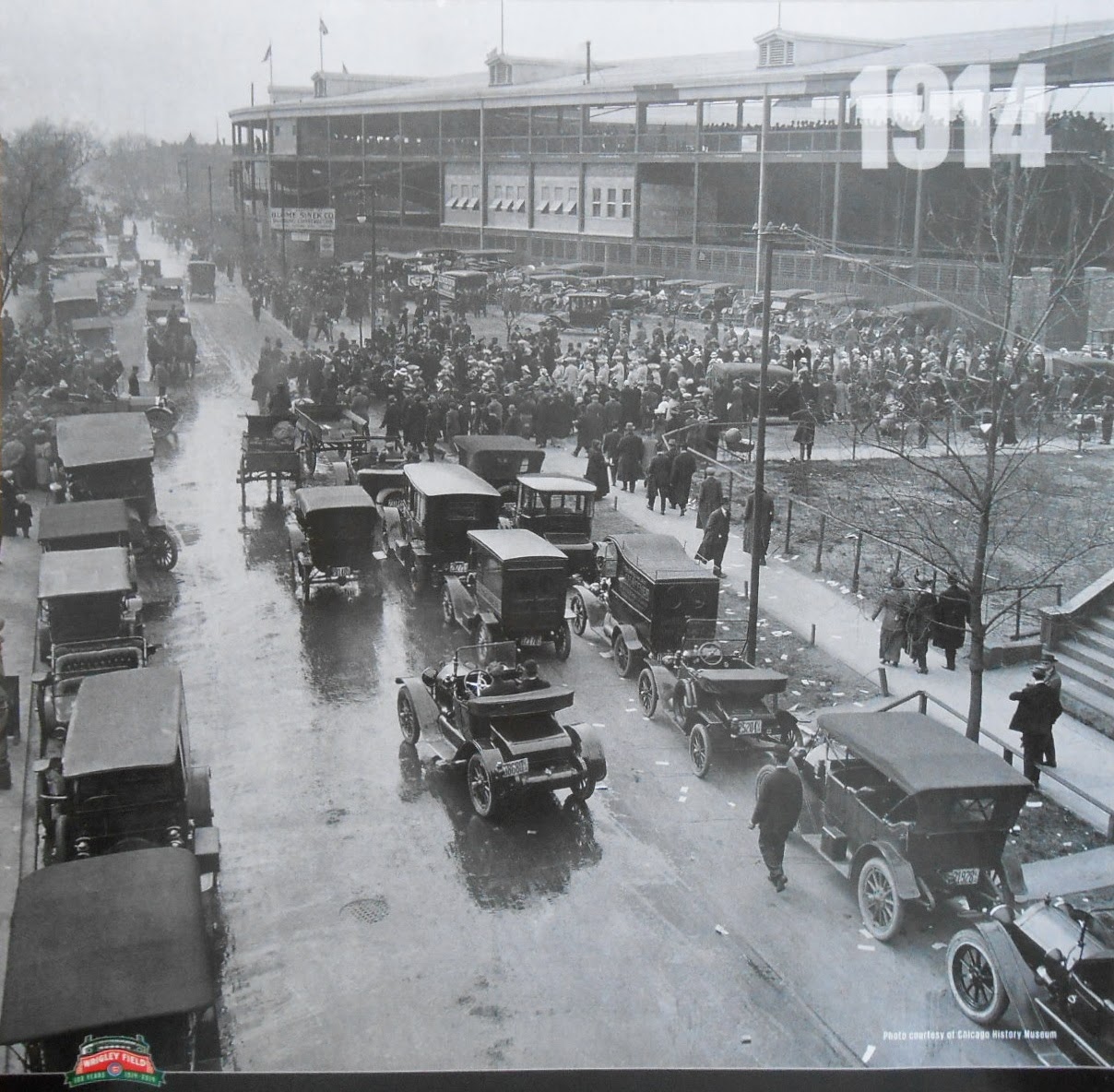 "The intersection of Addison and Sheffield at Weegham Park circa 1914."

What a great shot of Wrigley from a century ago.   Below is a shot of the same corner of the Friendly Confines, but 99 years later (2013). 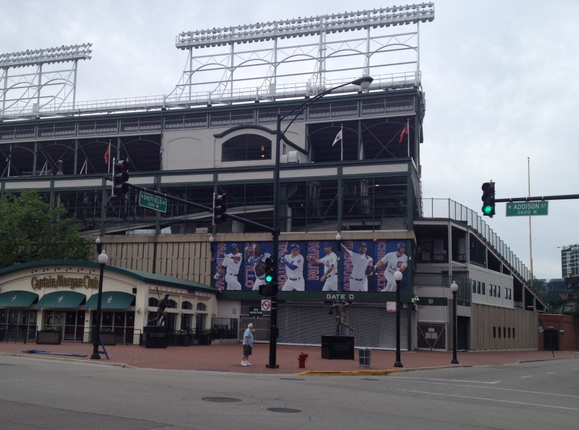 The Captain Morgan Club now residess where vehicles once parked back in 1914.


There's been much discussion as to what the future holds for the second oldest MLB ballpark. 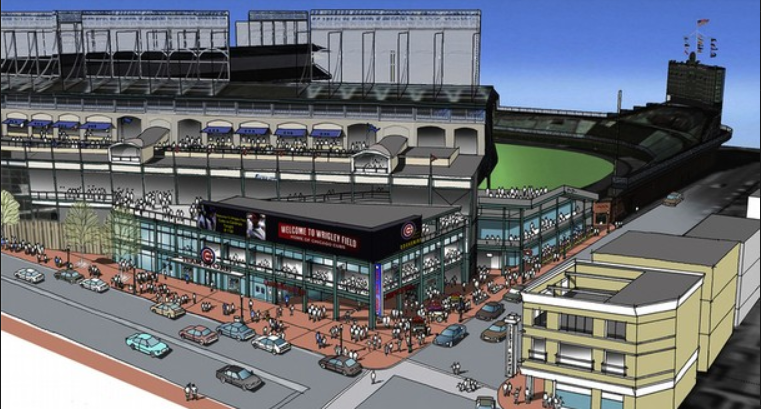 Above is just one artist's rendering of what the updated Wrigley might look like.  Below, another artist took a stab at it, and although there are quite a few similarities there are also a few subtle differences. 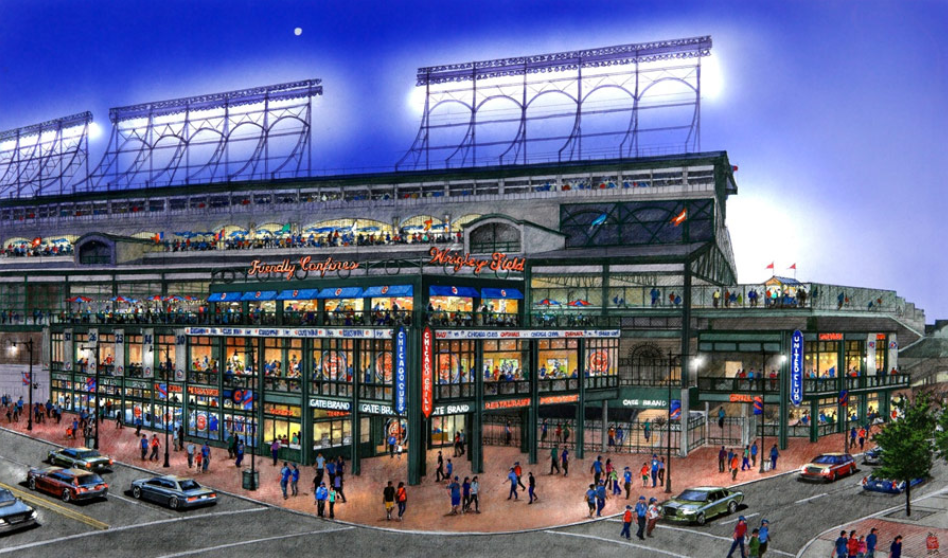 I suppose only time will tell what is in store for the home field of my Chicago Cubs.

In the meantime I'm off to visit their new home in Mesa, AZ.  Wish me safe travels, folks!