My Faves from 2 Packs of '14 Heritage

I've been trying to purchase a couple of packs of the new Donruss cards that were released a couple of weeks ago,  but I haven't had much luck.  I headed off to my LCS yesterday after work hoping they would have a new shipment in.

Not only was I able to pick up a couple of packs of the Donruss I was seeking, but yesterday was the official release date for Heritage!  Score!  (We'll wait to post on the Donruss, because I think the Heritage is a superior product.)

We'll start with what I think might be a case hit, because it is seeded at 1:225 packs.  This Jon Lester black refractor, numbered 49/65, was a little bit of a surprise. 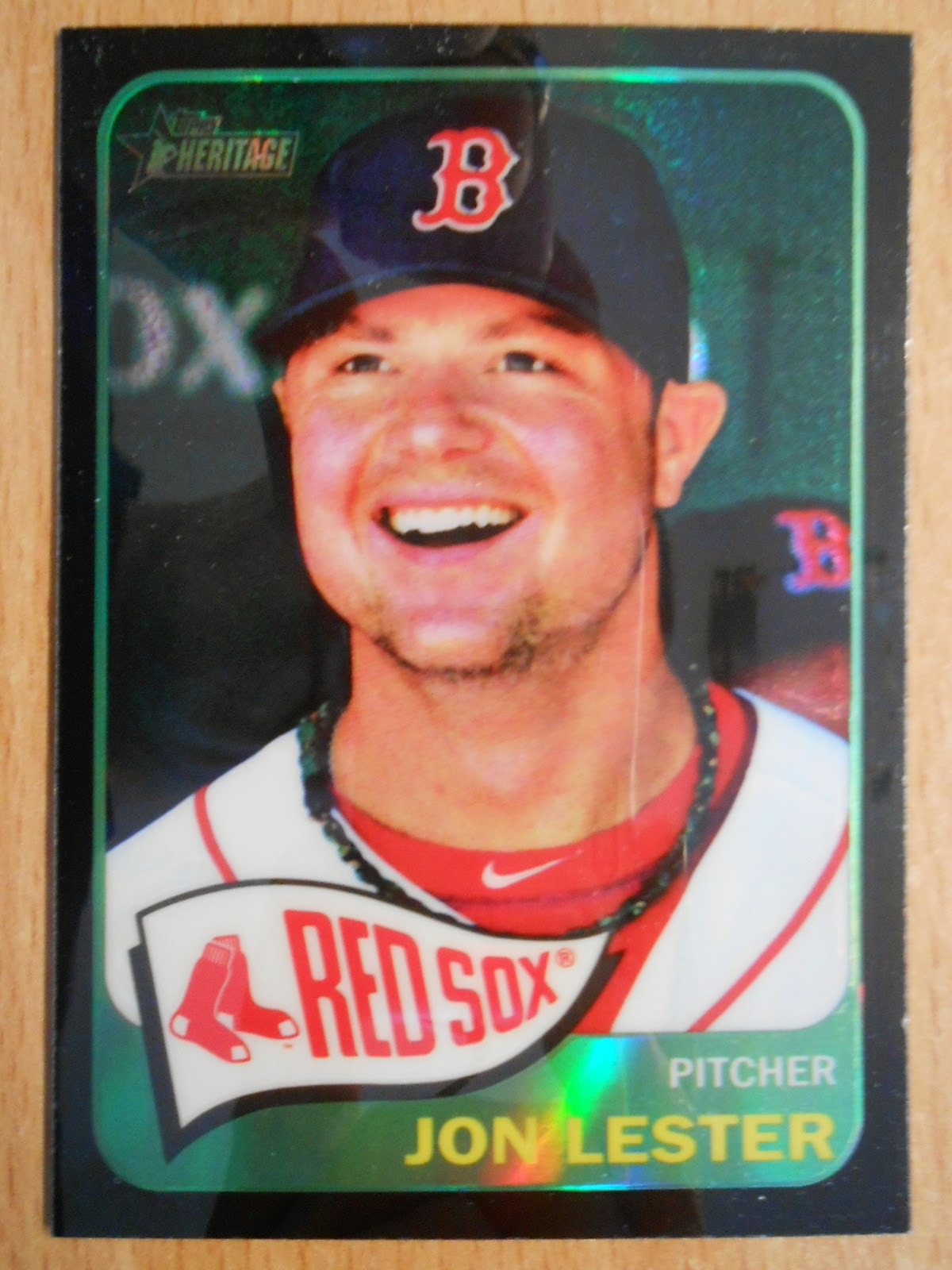 These two are my favorite cards.  I love the background behind Adam Dunn, and Austin Jackson looks like the happiest person on the planet. 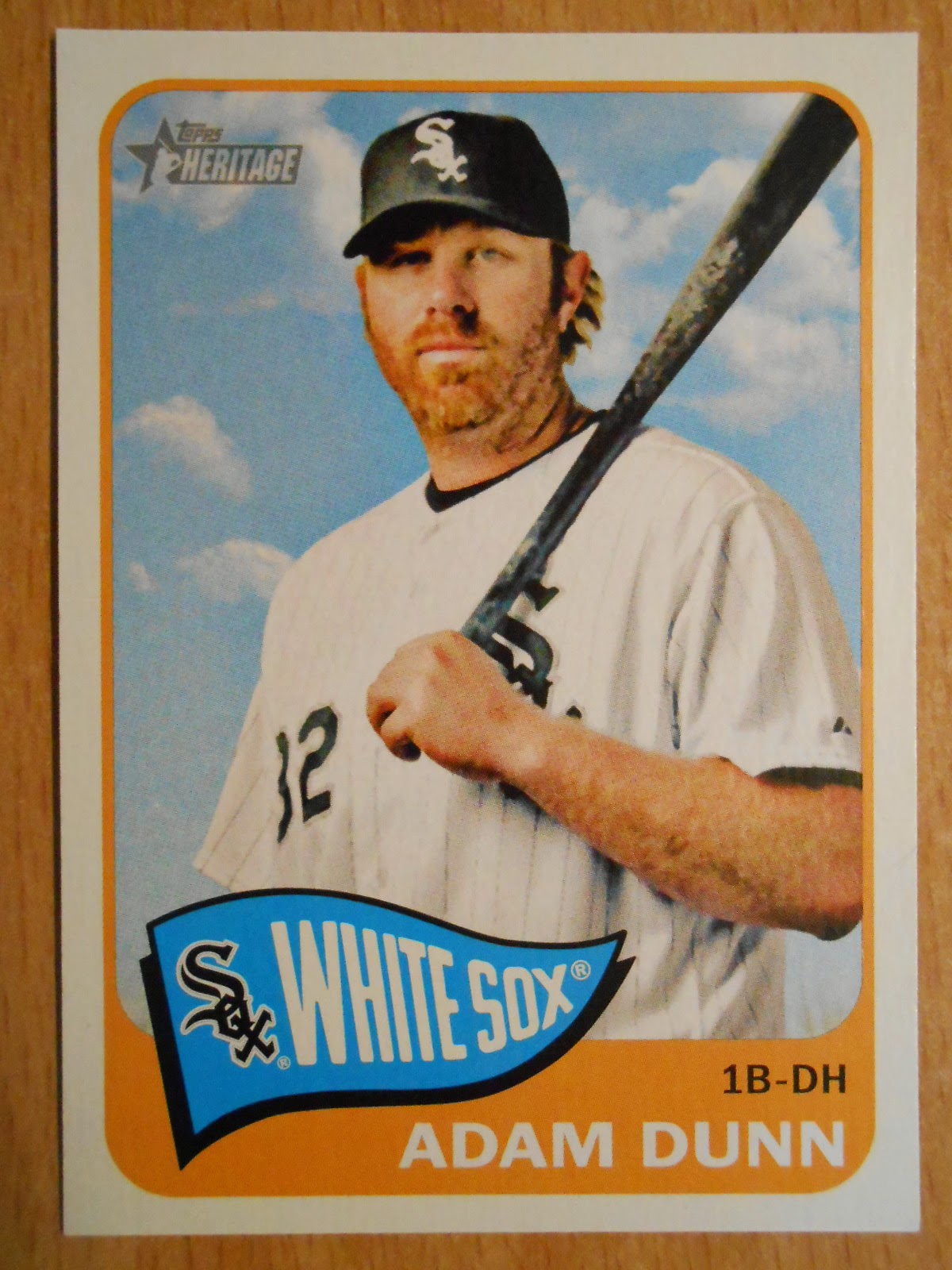 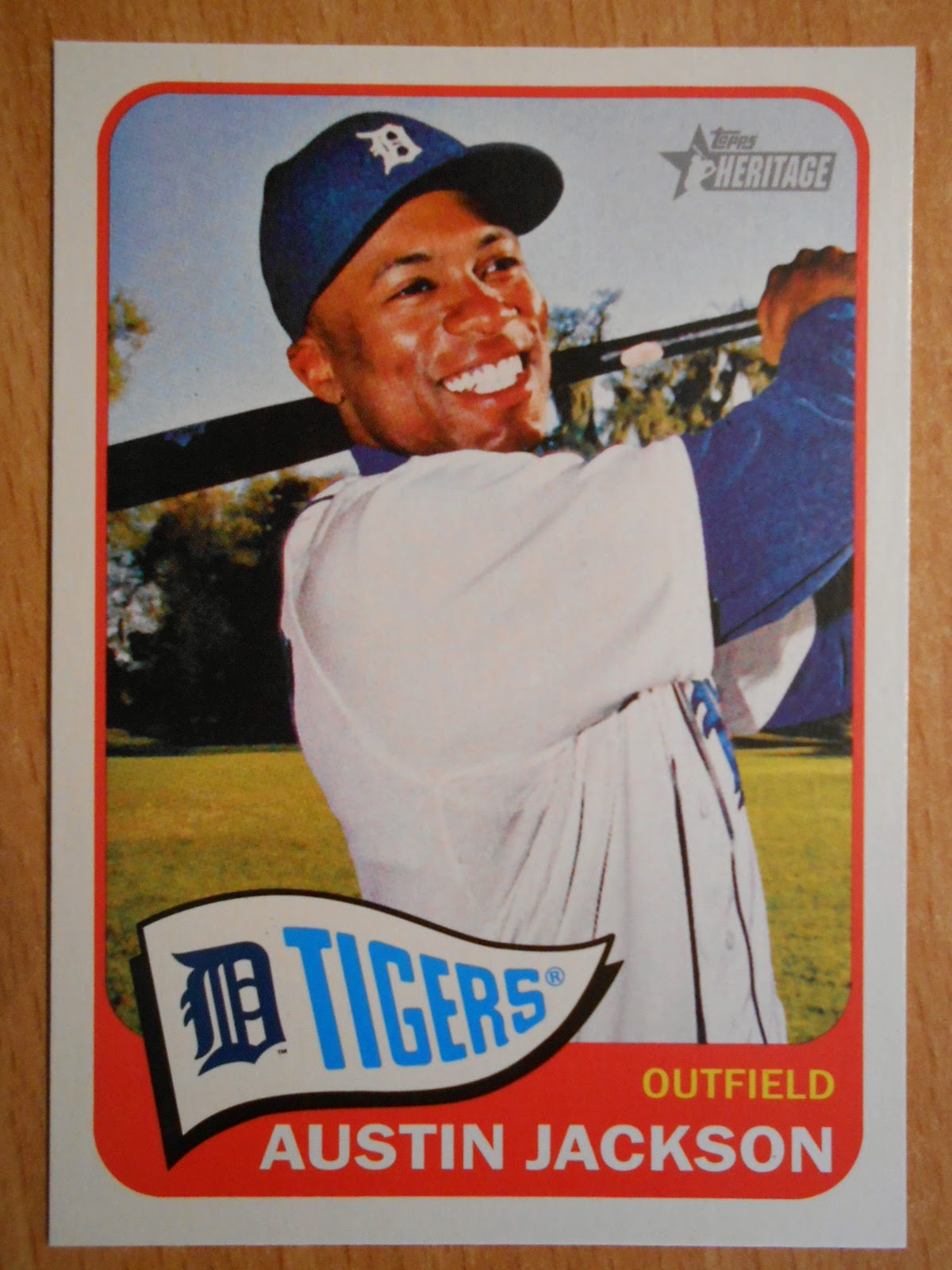 Star power?  How about my boy Bryce Harper?  I've had him on my fantasy team's roster since he played JuCo ball.  Yep, we have a minor league roster in my keeper league.  I know, you're jealous.
I'm hoping he can put together a full, healthy season and become a Top 10 fantasy player in 2014. 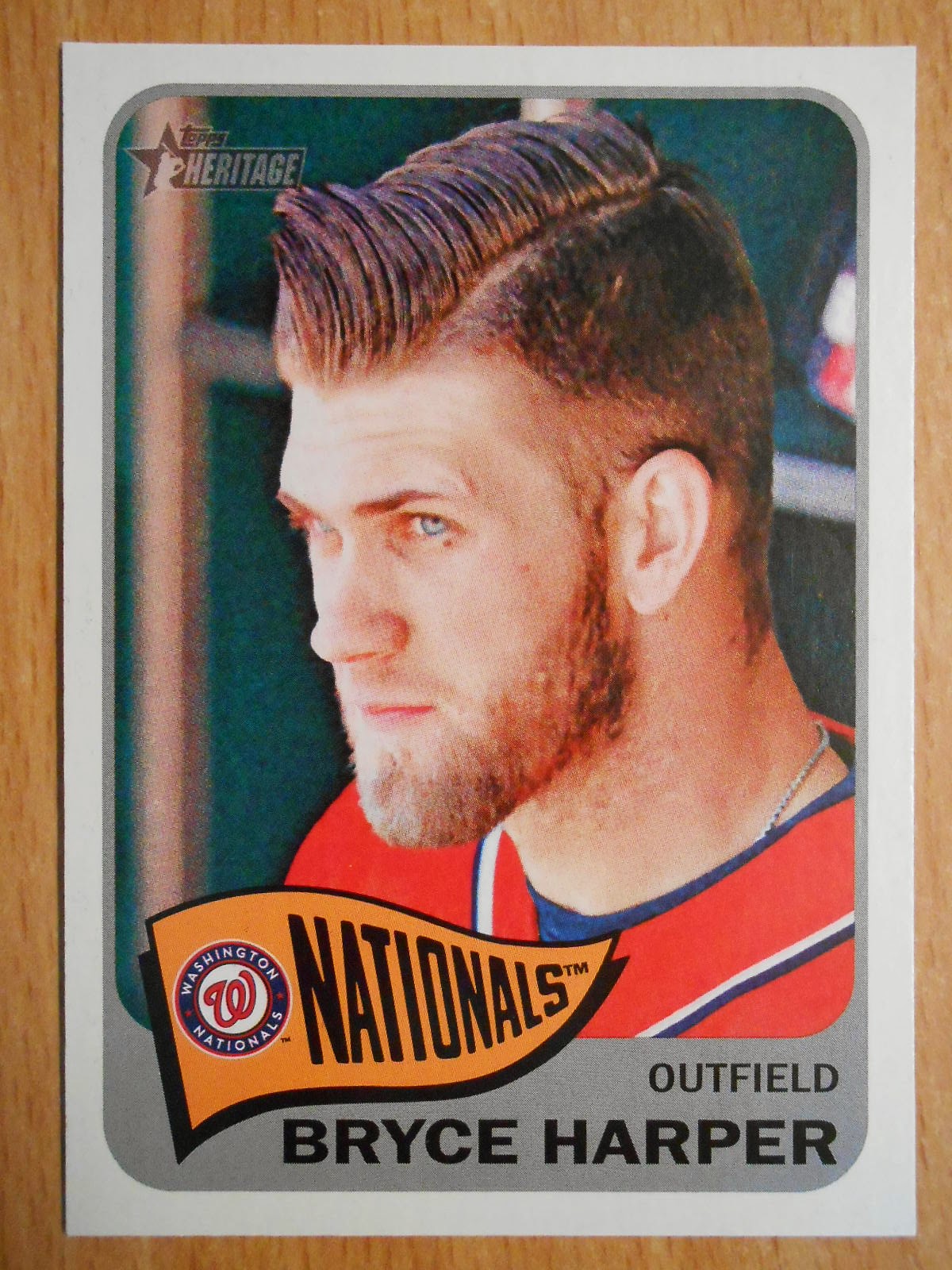 For those of you love to hate on the talented youngster, here's a recent pic from Twitter.  Yeah, when he's not answering "clown questions", he's helping little old ladies at the grocery store. #gentleman 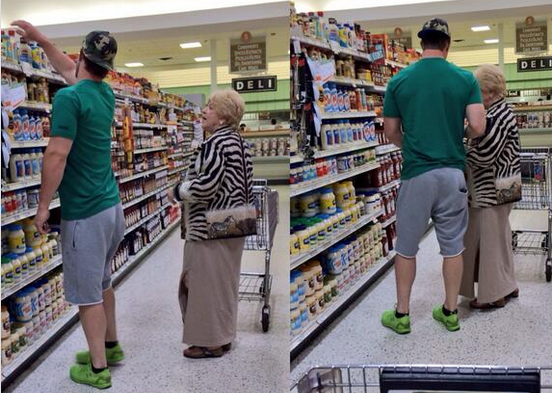 How about an insert?  Maury Wills and Jacoby Ellsbury on a "Then & Now" card.  I really like this card, but it's not because of the front.  The backside shows the top ten players in stolen bases in 1965 and 2014.  That's a pretty cool concept.  I didn't take a picture and I'm too lazy to go back.  Sorry, folks. 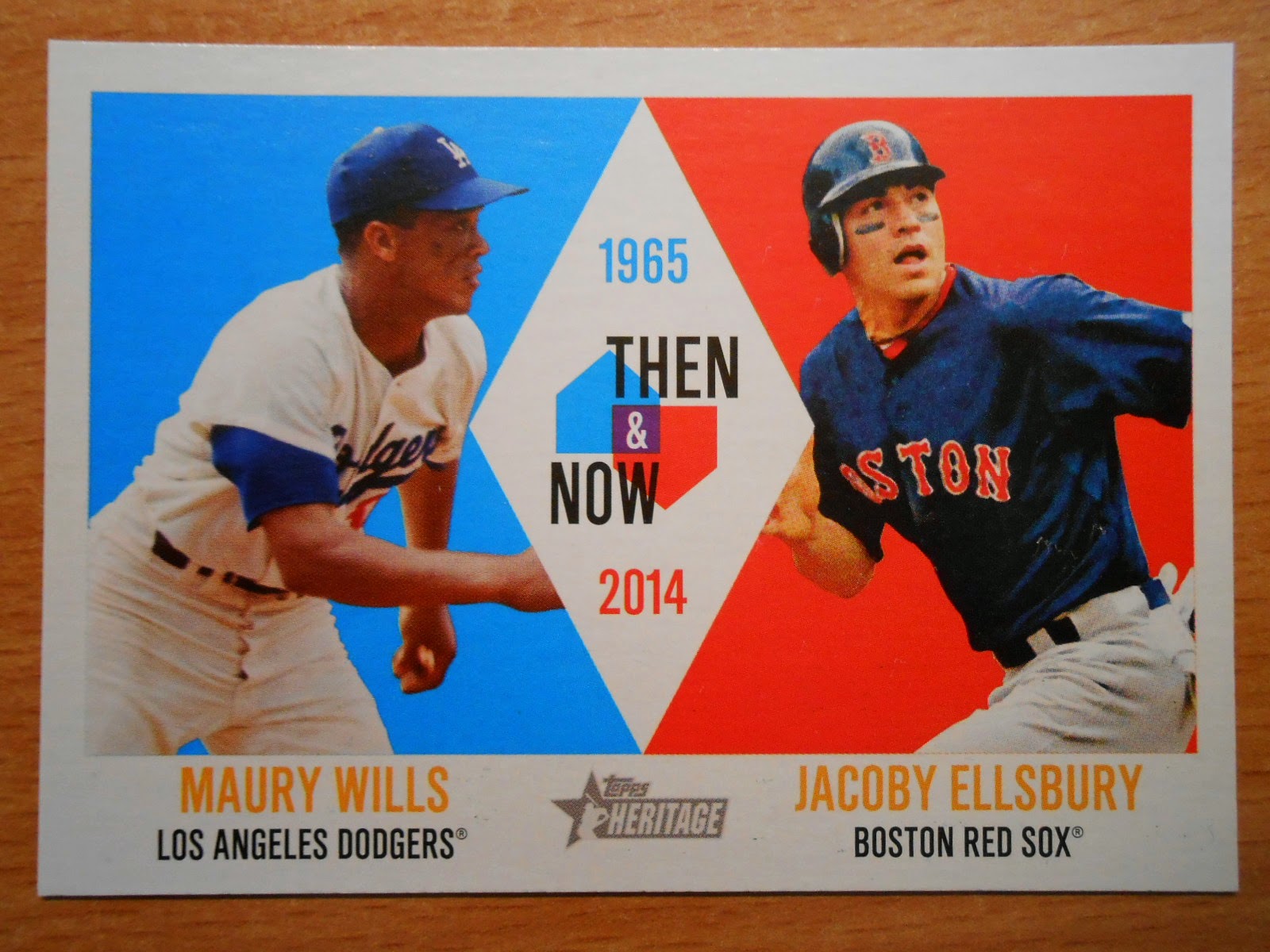 The original 1965 product line had pretty much everything you see above, including the little cartoons.  This caricature of a player hopping the bull pen fence was my favorite I pulled by far, probably because I did the same a few times my freshman year of college when I worked out of the pen.   Who has time to look for a gate when you've been summoned to the mound? 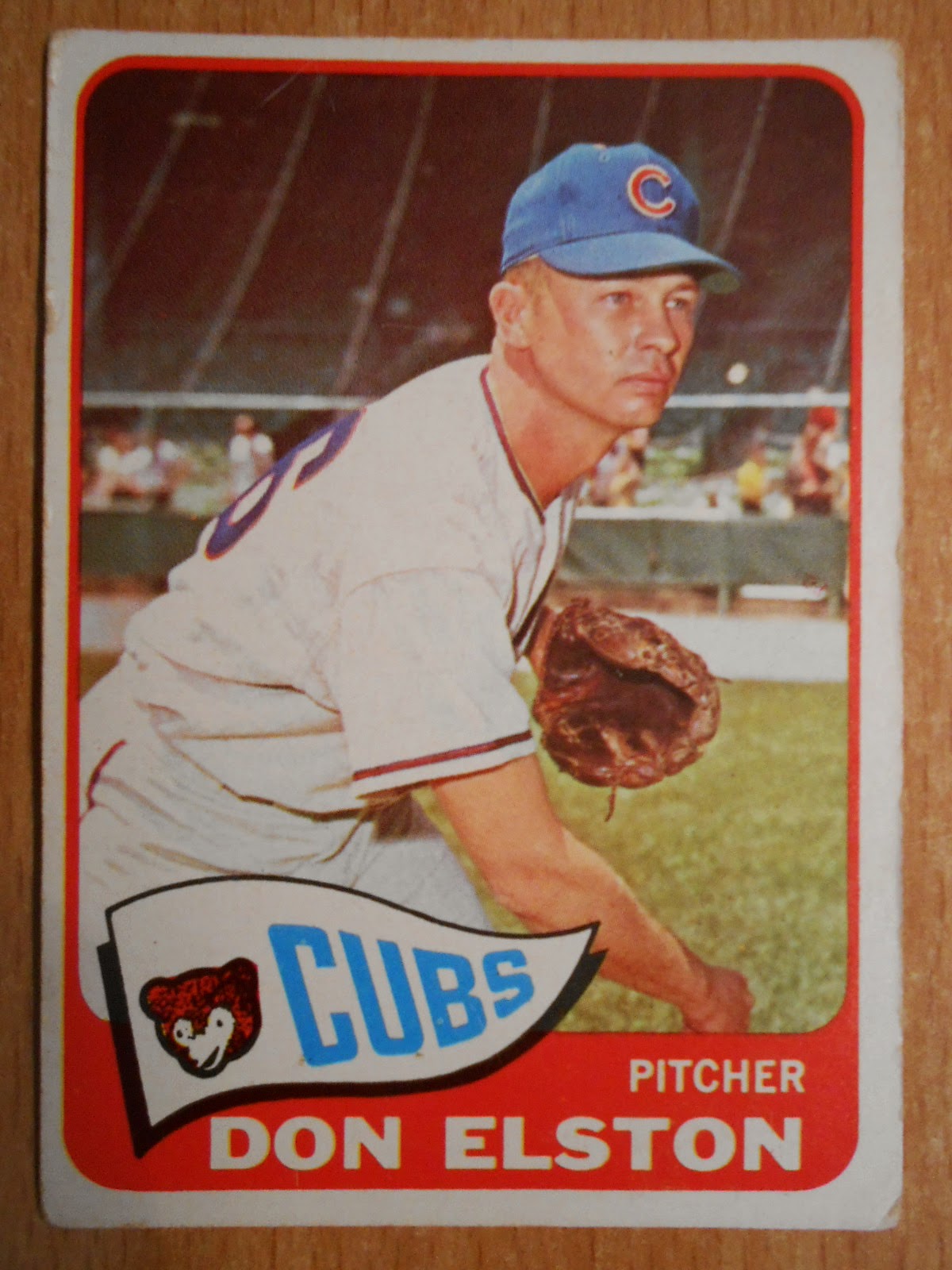 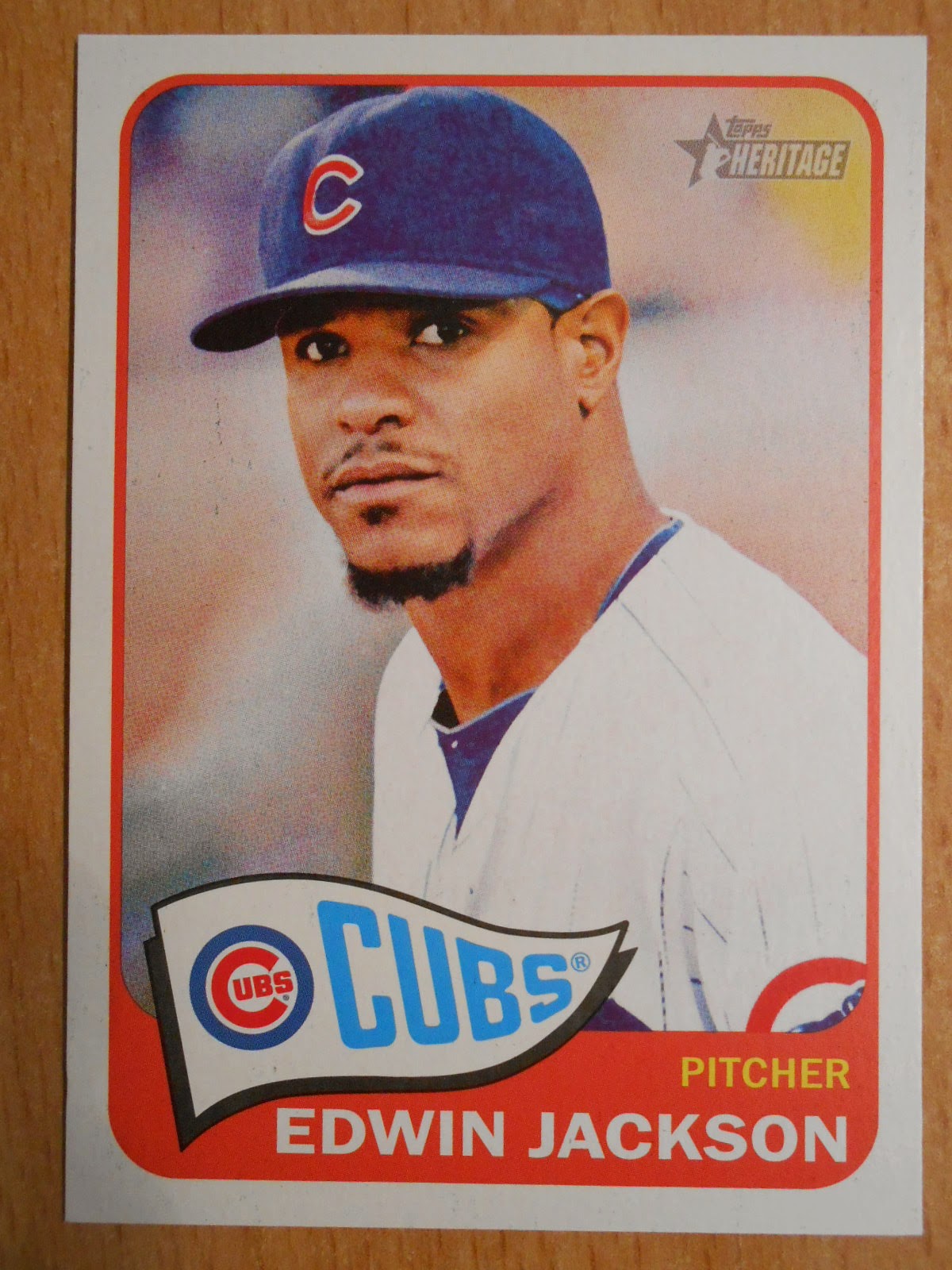 I think they really nailed it.  I can't figure out why the position is in yellow font when the original is white AND many of the other '14 cards have white.  Weird.

The logo, obviously, is another difference.  I did a little research on the interwebs and there "logo variation" short-prints in this year's edition.  Here's the Anthony Rizzo base and SP: 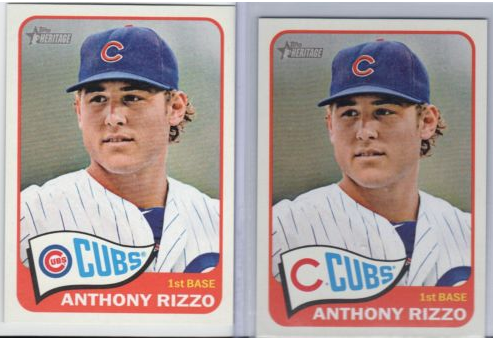 The 1965 design is really classic looking.  Overall, I really like the look of '14 Heritage, but I won't be chasing this set.  I'm still not sure what set I'll build in 2014, but I'll choose something eventually.  In the meantime I'll just keep purchasing random loose packs and pulling case hits.