The next grouping of pages we'll see all come from Topps Opening Day. The last few years Topps has included an insert set focusing on team traditions, attractions, unique ballpark nuisances and celebrations. These are the items which an experienced fan of the home team may take for granted in some instances, but a newcomer may really swoon over.

As someone who is working on attending a game at all MLB ballparks, this insert set really speaks to me. I enjoy arriving at a new stadium as soon as the gates open and walking at least two laps around the ballpark to soak it all before the actual game gets going. 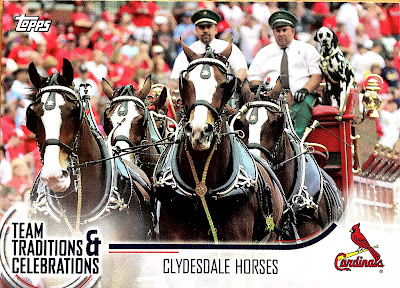 I haven't seen the Clydesale Horses, to my recollection, at Busch Stadium, but they have visited Peoria before. They are beautiful creatures. 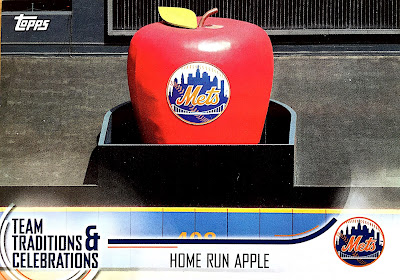 The home run apple at Citi Field is a great piece of quirkiness for those who call the Big Apple home. 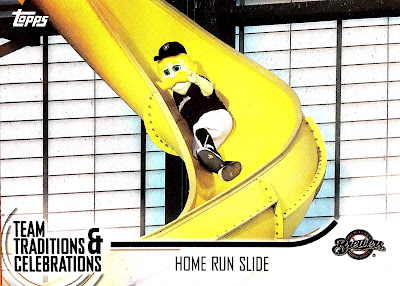 I believe Bernie the Brewer's slide used to pour him intro a barrel or something similar back in the day. 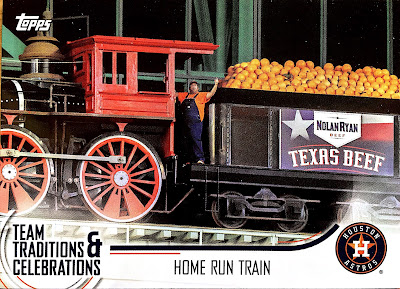 A train in a ballpark seems silly to me, but so do horses, a big apple and a slide I suppose. 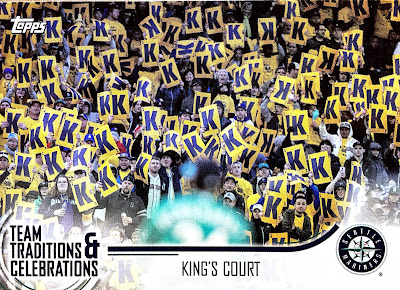 King Felix was one of my favorite pitchers during his dominant run. I don't believe King's Court was in session when I attended Seattle for three games last summer. 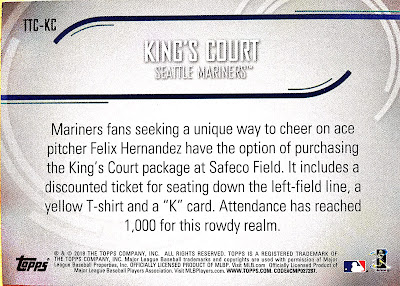 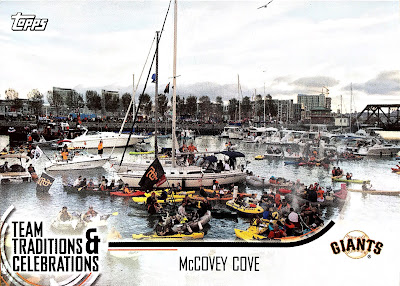 San Francisco's ballpark is gorgeous and when you take into account its location and surroundings it is easily in my Top 5 favorite parks. McCovey Cove is big park of its aesthetic appeal. 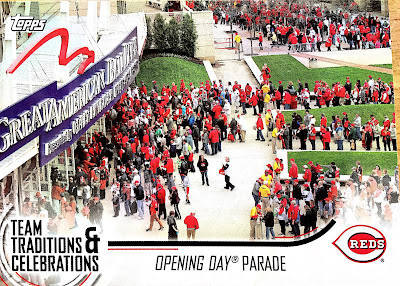 I'm been to the Great American Ballpark, but never for opening day. I'm not a big parade guy anyway. 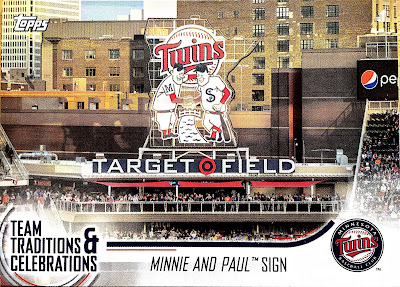 I'd like to see Minne and Paul do their thing at night. I've been to Target Field only once and it was for a day game. 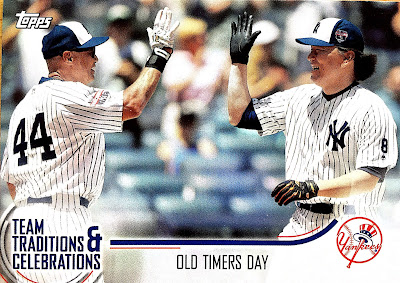 Yankee Stadium is one of the handful of ballparks I have to visit still. The odds of my being there on Old Timers day are pretty slim. 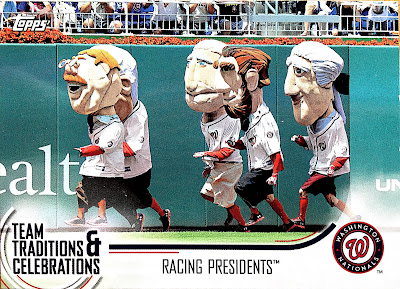 I love the racing presidents!  Actually, you could take that previous statement and replace presidents with sausages (Milwaukee) or perogies (Pittsburgh) and I'd be equally as happy. 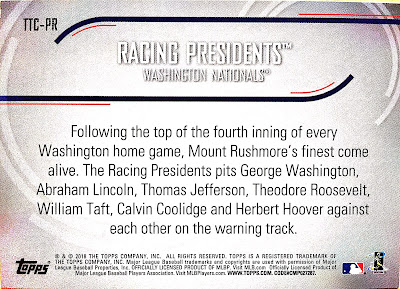 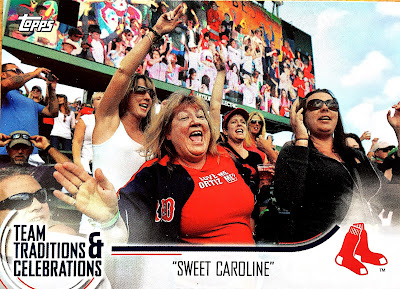 I haven't been to Fenway either, but the press box plays "Sweet Caroline" after the 3rd quarter of every home football game at the high school I work at. The students love it! 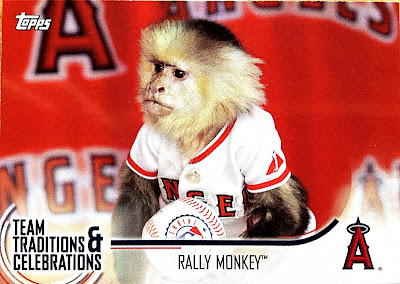 I didn't see the Rally Monkey when I was at the Big A last summer, but the Angels were on the road at the time. Thank goodness for stadium tours! 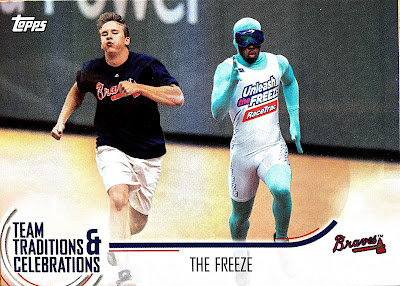 Beat The Freeze is one of the best in between inning promotions out there. If you've never seen it before give this link a click and watch the first race. 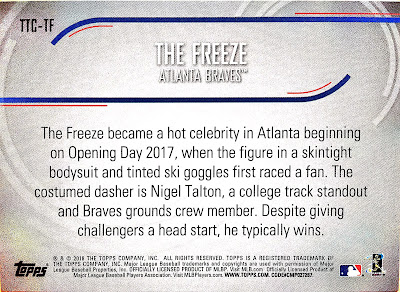 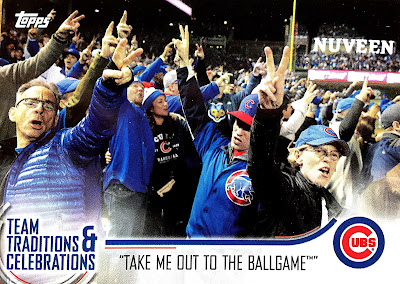 Personally, I'm a big fan of the celebrity conductors the Cubs bring in for the 7th Inning Stretch. There have been some good ones over the years, but the one that currently comes to mind is the Cookie Monster. 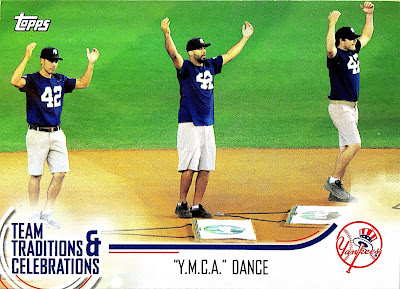 Groundskeepers into the act. Love it!