Page 16 shows off the 2020 Topps Opening Day Team Traditions and Celebrations insert set, but it won't be the last post before we get back to baseball players. I have a couple of more pages in the works. 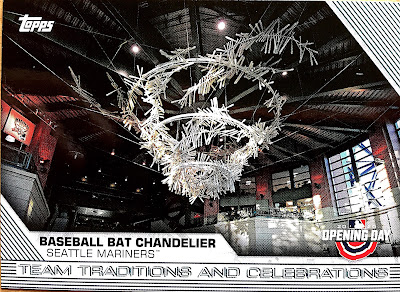 The bat chandelier is so impressive, but my favorite artsy piece at T-Mobile is the mural mentioned on the back of the card. 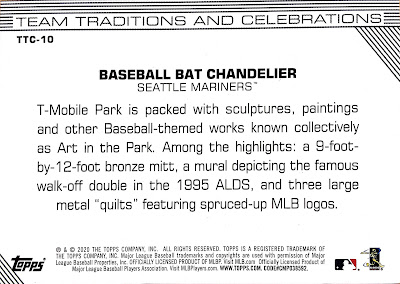 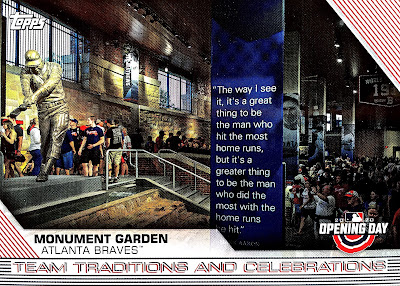 Lots of statues in the post, but this is the only one I haven't seen in person yet. Someday soon hopefully! 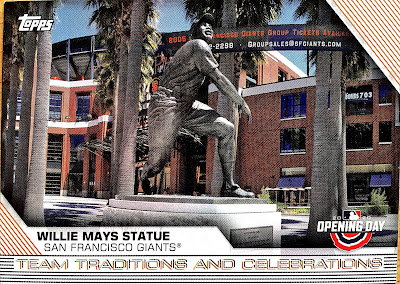 I feel like Mike Trout is this generation's version of Willie Mays, but I never got to see Mays play. How off am I on that comparison? 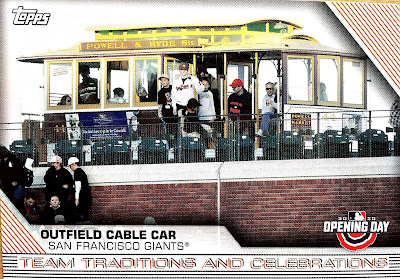 I somehow missed the cable car when I was in San Francisco five years ago. Bummer. 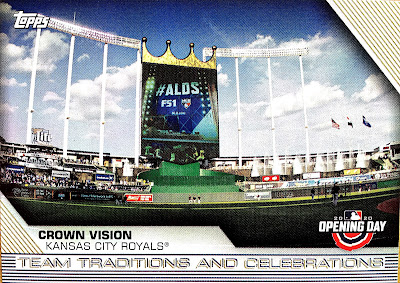 I believe the Crown Vision is the fifth largest video board in baseball. 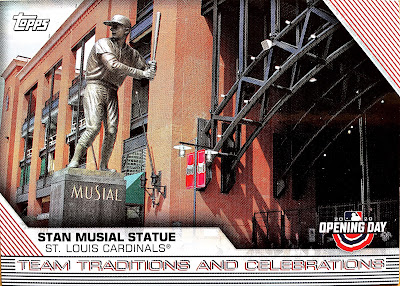 I've used the Musial statue as a landmark to meet up with people outside of the ballpark after a game. 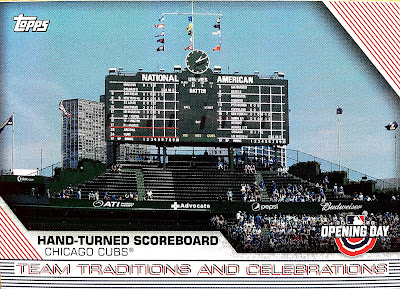 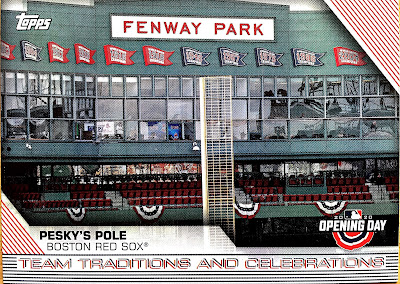 When I finally get to Fenway I'll have to go get my picture taken next to Pesky's Pole. 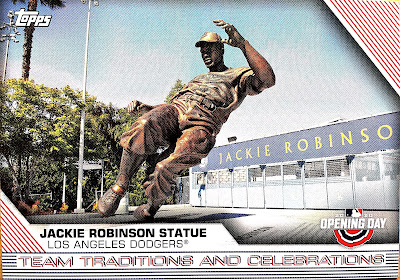 What a great statue. Most statues are of the player batting, but Jackie was such a fierce baserunner. I think this is a perfect pose for the man who stole home 20 times during his abbreviated MLB career, including one in the World Series. 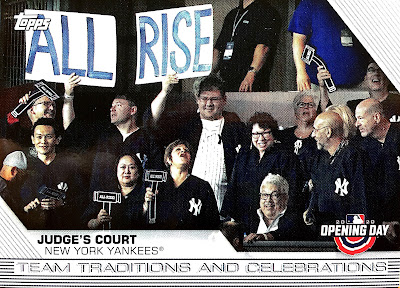 This is the type of stuff that keeps baseball fresh and interesting. I'm not the biggest fan of the Yankees, but even I can appreciate the creativity of the fans that led to the Yankees creating "The Judge's Chambers." 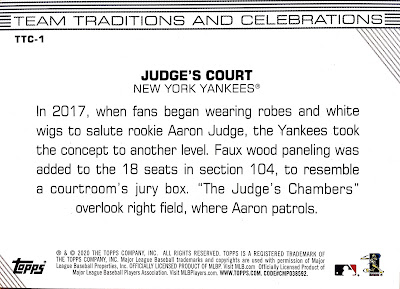 The next Folder of Fun post will focus on how some teams fill the time before the game and in between innings. It's probably one of the top things that makes a trip to a baseball game tolerable for my wife.