Page 27 is our penultimate page (hat tip to Nachos Grande for teaching me the word) of the Folder of Fun. The last two pages focus on cards which I am simply attracted to for one reason or another. For the most part these pages feature iconic players or in some cases they are iconic pieces of cardboard in our hobby. 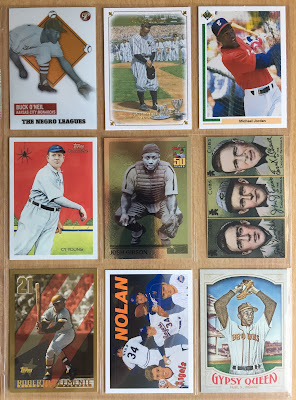 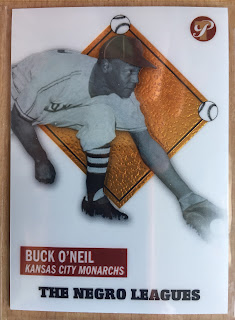 The contributions Buck O'Neil made to the game of baseball cannot be quantified. I definitely needed to find a card of his to add to this folder. 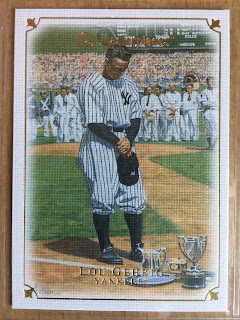 Lou Gehrig on the day he retired from baseball. What a sad moment. 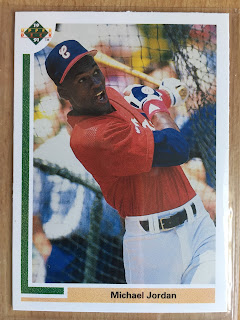 This is arguably Jordan's most coveted baseball card. 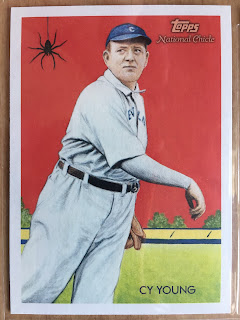 Cy Young has an award named for him, which in itself is enough to qualify for inclusion into the Folder of Fun. Bonus points for the spider!  If the Cleveland Indians ever go through a re-branding I hope Cleveland Spiders is taken under consideration. 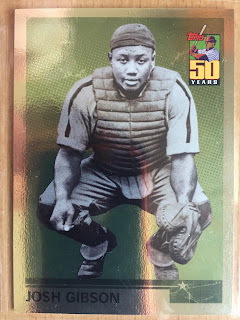 Josh Gibson is my second favorite Negro League Player. You'll see my #1 at the end of this post. 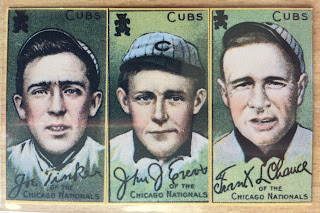 This is actually the backside of a business card for a sports card shop in Ft. Lauderdale, which shows the stars of Baseball's Sad Lexicon. 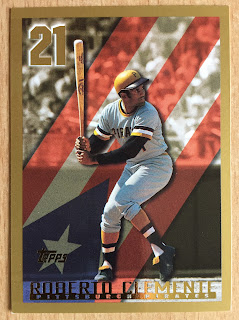 Clemente was such an amazing player and from everything I've read he was an even better human being. I love the flag of Puerto Rico in the background. 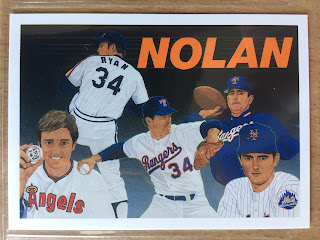 Seven no-hitters and 5,714 strikeouts over 27 seasons. Yep, Nolan Ryan was something else. 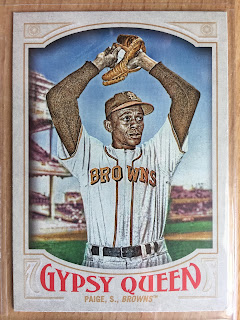 Satchel Paige was such a character: Super talented, a total showman and he had plenty of moxie to spare.

Which card is your favorite from Page 27? If I had to choose one it probably be the Lou Gehrig card from Upper Deck's Masterpieces set. It's beautifully executed and documents such an important moment in baseball history.