We're entering the part of the Hall of Fame Binder which I most enjoy. More familiar names like Mel Ott and Dizzy Dean start to show, but there are still some other talented chaps that the card manufacturers have seemed to have forgotten, like Chief Bender and Bobby Wallace. Also, variety! This is the third page in a row where all the cards are from different sets. 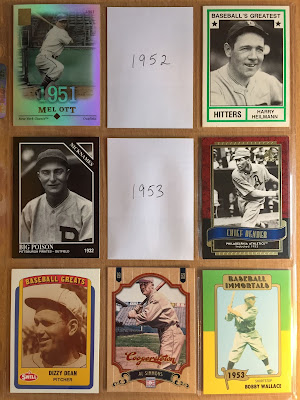 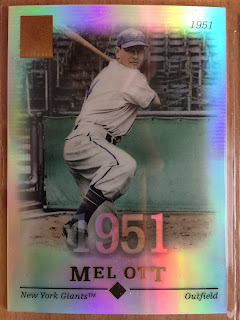 I wasn't collecting in 2004... I was buying a house, getting married, and finding a new job. I feel like I missed out a beautiful set in '04 Topps Tribute. I'm a fan of shiny chrome goodness, but I'm not sure how I feel about it with old-timey photos. This Mel Ott card is gorgeous though! I could do without the large 1951 at Mel's feet, especially with there being another mention of the year he was elected to the Hall of Fame in the upper right hand corner.
If you're not familiar with Ott's career then do yourself a favor and check out the stats for this lifetime New York Giant and member of the 500 home run club. I'm most impressed with his counting stats and how many times he cracked the century mark in runs scored, runs batted in, and walks drawn. 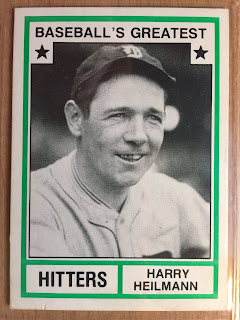 Harry Heilmann was a 0.342 hitter and logged an OPS of 0.930 during a seventeen year career spent mostly with Detroit. Heilmann's nickname was Slug, and although he may have ran like one he sure didn't hit like one. Four times in his career he batted over 0.390, each time leading the AL. 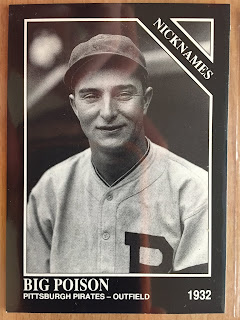 While Ruth and Gehrig were swatting a combined 107 homers during the 1927, Paul Waner, aka Big Poison, swatted only nine, but he went on to win the NL MVP award.
He and his younger brother, Lloyd "Little Poison" Waner, combined for 460 hits in that season. Paul, who was 5'8" and 148 pounds, was a 0.333 career hitter and played into his early 40's during his twenty year career, with fifteen of those years being with the Pirates. 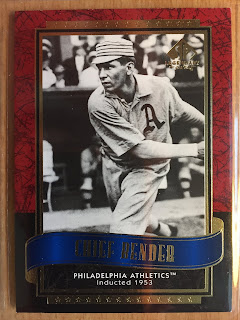 Chief Bender, son to a white father and Native American mother, was the pitcher Connie Mack counted on to win the big game during the Philadelphia Athletics' early dynasty. Due to nagging injuries, Bender never cracked 300 innings like most star pitchers did during the Dead Ball Era, but he possessed a knack for coming through in the clutch. He was one of the early trailblazers in an all-white baseball world. 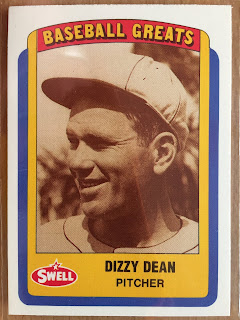 During a five year span during the 1930s there wasn't a better pitcher in the National League than Dizzy Dean. He led the league in strikeouts during four of those seasons, innings during three, and wins during two different seasons. Dean also finished as the runner-up for the MVP award twice and won it in 1934. He was known for a larger than life persona and was never at a loss for words. Dean started to have arm issues during his age 27 season and lasted parts of five more seasons, but never again cracked the 100 inning mark before retiring. 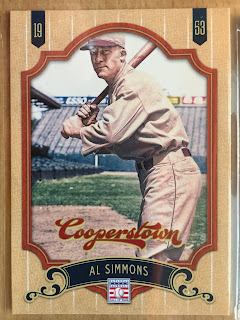 Al Simmons was a 0.334 lifetime hitter who hit 307 home runs just when they started to become en vogue. He was a complete hitter who could hit for average and for power, which often put him in the mix for most valuable player. He never won an MVP award, but don't hold that against him as he played in the same league as Ruth and Gehrig. 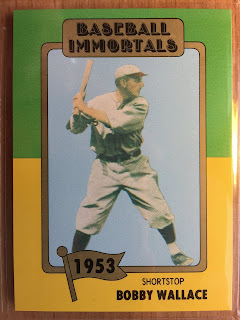 Bobby Wallace's career started in 1894 as a pitcher for the Cleveland Spiders when he was twenty years old. In 1897 he switched to third base and hit 0.335, which was his career high batting average. He would play primarily at short for the duration of his twenty-five year career. Wallace played during the Dead Ball Era and the career 0.268 hitter only belted more than four home runs in a season once.

My favorite card on this page is the colorized short print Panini Cooperstown card of Al Simmons. Black and white photos are nice, but I really enjoy a parallel of a base card that does something more than just change the border color.

The card I would like most to upgrade would be the Conlon card of Big Poison. Baseball and nicknames have been intertwined forever, but sometimes I confuse Little Poison for Big Poison. Find me a card that says "Paul Waner" on the front and I'll be happy!