You either love them or you hate them. I don't think there's much in between when it comes to minis and this hobby of ours. Myself? I'm not a big fan and that's mostly because I don't know how to store the dang things.

Although, I do have a couple of vintage minis that are over a century old and they are absolutely the bee's knees.

I stopped by my LCS, after work today, on my way to visit my grandfather. They don't have the World Series bobbleheads yet, but the owner said, "I think I have something you might be interested in." 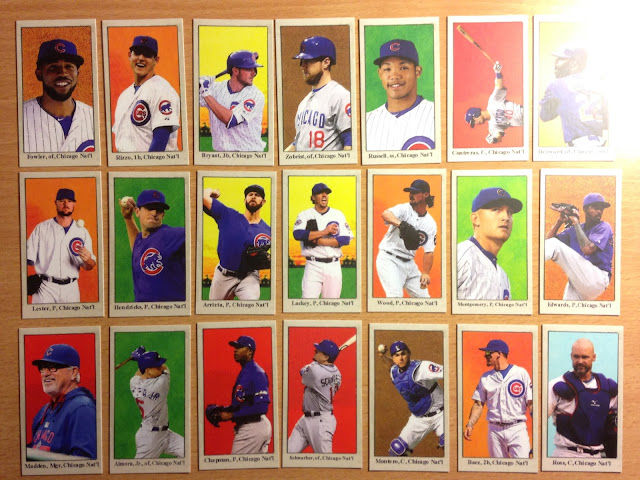 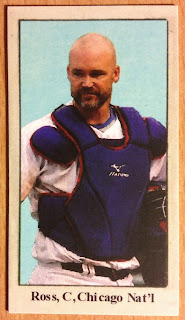 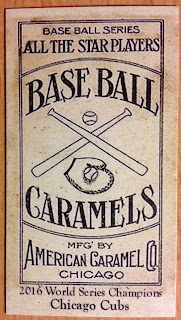 All of the backs are identical, which is fine by me. But, I did find it curious that I can't find a copyright date or a production company. Odd. No matter, because I've already placed them in a couple of mini pages and they're already being enveloped by the warmth of a Cubs binder. 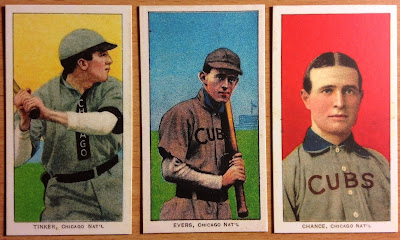 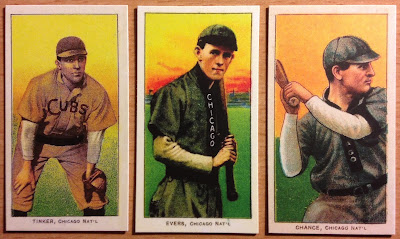 and Frank Chance . . . three times over! 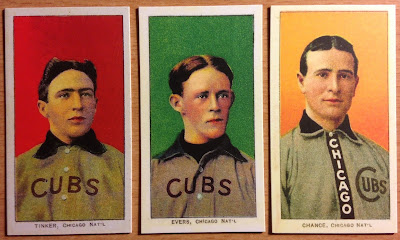 I also bought the thirty-six card set of the 1908 World Series Champion Chicago Cubs. I think there were only sixteen different players in the lot, but many of them had different card variations, like the Tinkers-to-Evers-to-Chance cards above.

There were some repeats backs, but ten different ones in all. 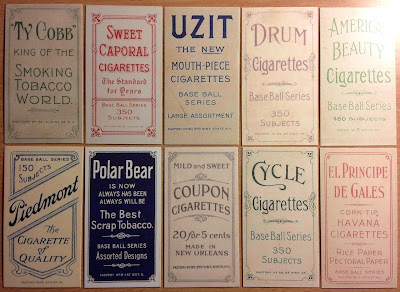 Even the backs had some variations to them in terms of coloring and fabricated wear. 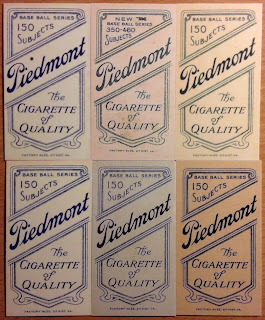 Look at all the different shades of Piedmont backs. That's pretty neat.

These were sold as reprints at reprint prices, which I happily paid. For the record, these would never pass as actually T206s. There's no paper loss, fuzzy corners, stains, creases or holes. All the corners are sharp and the card stock is noticeably thicker than an actual T206.

How do I know?  Well I compared the two!
Here's the Jimmy Sheckard T206 Zippy Zappy gifted me nearly two years ago compared to the reprint. (BTW, ZZ, you rule.)

Here's the two backs of the cards: 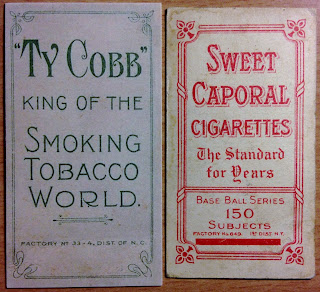 The real deal is much cooler, but the reprint set is a welcome addition to my collection and much cheaper!

I know many of you are tired of hearing about the Cubs, but I had to share this find!