For most teaches winter break marks the halfway point of the school year. But for me, it's much more.

It's an opportunity to hang out with friends, because everyone is back in town and has a little more free time than they normally would. 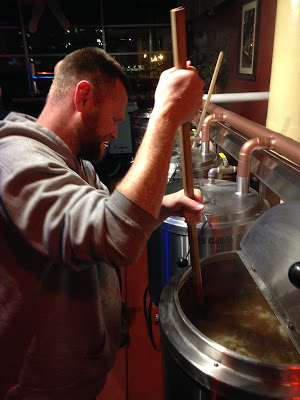 For instance, I set-up a 40th birthday surprise beer making for one my best friends this past Tuesday at Rhodell's Brewery in downtown P-town. Me and seven other guys each chipped in twenty bucks, and the birthday boy gets five cases of his very own brew to show for it. It was so much fun we signed up for another beer making in early February.

Wednesday night my wife and I took her parents out for a nice dinner at the new microbrewery in town, Isaac & Obed's. I found a dark brown, medium bodied beer, with roasted grains that I pretty much fell in love with. It's called Upside Brown Ale and is the perfect winter beer for yours truly. 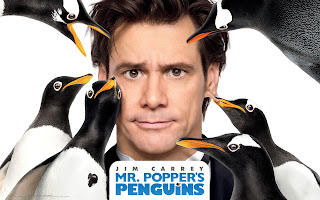 That night we had a fire in the fireplace and watched Mr. Popper's Peguins, which was a silly, but fun movie for all to enjoy. I think I enjoyed it the most, but penguins are my favorite animal.

Tuesday night we went back to Isaac & Obed's, but this time with my other BFF and his wife. 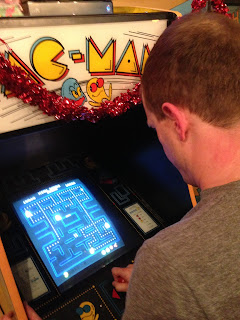 Afterwards we went to 8-bit Beercade and played old school arcade games while drinking adult beverages. Jeff set the high score on Pac-Man, but that was just one of the 30+ arcade games they had in the bar. It's a pretty cool idea... it's a bar first, but all the games are free, which draws in a good number of people.

Early yesterday afternoon, after having lunch with my grandfather, I exchanged holiday gifts with another one of my very good friends, Jim. My Strat-o-matic game was hit hard when we got waterr in the basement a few months back and Jim really went above and beyond with his gift for me: 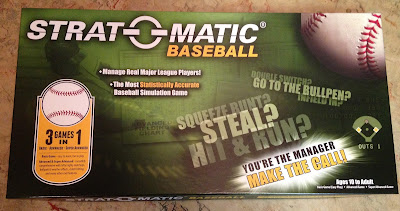 I'm all set with another game, but instead of playing with teams from the 1990 season now I get to play with hall of famers!  Score!

Last night I went over to my parents' place and I opened up some birthday gifts. 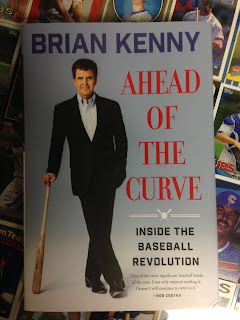 My sister got me a few really neat items, all baseball related, but I'm most excited to read this Brian Kenny book. I like his work on MLB Network and I think he has a pretty sharp statistical mind.

My parents got me a Cubs book commemorating their championship, a number of gift cards and this stellar popcorn tin. 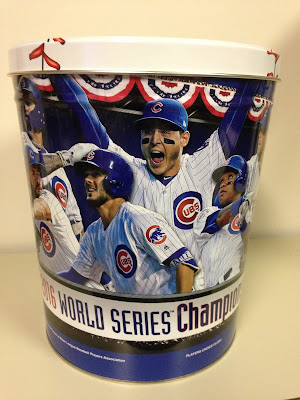 There's three flavors inside, but the jalapeno white cheddar is the best. Plus, I can get it refilled at he local popcorn store for the price of a large bag of popcorn. How cool is that?

Officially, I'm only three days into break, but I feel like I've already done enough to fill the remaining ten days.  Making beer, friends, surprise party, indulging in beer, more friends, video games, family, and tonight I think the misses and I are going out to see the new Star Wars movie.