Gavin, the legendary custom maker from the Baseball Card Breakdown blog, sent me a package this week. Man, and was it ever loaded with Cubs goodness!

Let's start off with the items not mentioned in the title. How about a purple freakin' ROCK SHOULDERS to get us going! 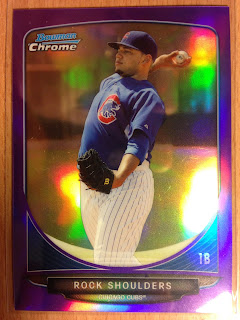 Yeah! What a way to start a mailer! Rock, a former Cubs farmhand, was sent to Texas in 2015 and last year he played in nine games for the Joliet Slammers of the independent Frontier League. Unfortunately, I think his time in professional baseball has just about come to a close.

Next up, another parallel: 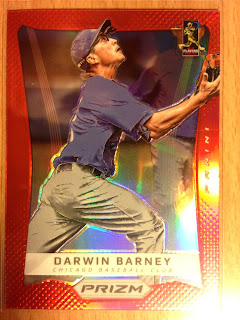 Darwin is still kicking it in the big leagues, having played five different positions last year with Toronto. (You will win 100 baseball nerd points if you can name all five positions without looking it up. Bloggers named Wrigley Wax are not eligible to participate.) 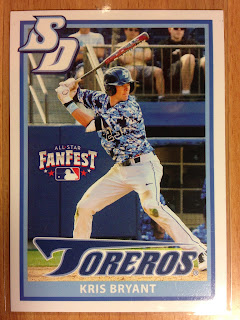 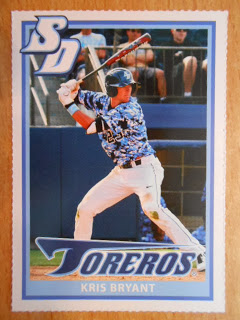 The card on the left is a product of the Padres All-Star Fan Fest and now it can join the one, which was already in my collection, on the right. I believe the one on the right is one of the originals which was part of an insert in a college program.

On to the Kerry portion of the program! 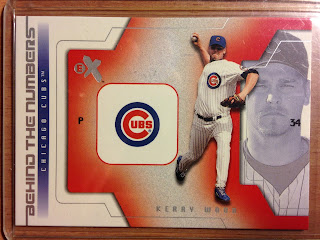 Not sure about the design of this one . . . the P and 34 seem really out of place, but all cards of KW are welcome in my collection! 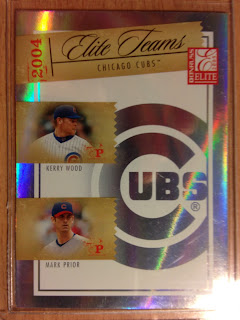 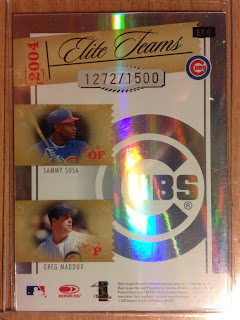 This card was pretty neat and had a couple more Cubs on the reverse side which happily shocked me. 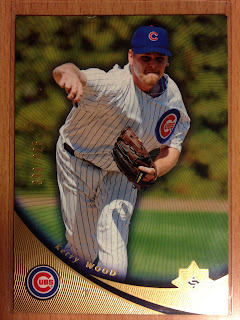 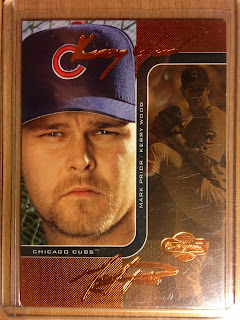 Upper Deck Ultimate Signature is on the left and Topps Co-Signers is on the right. Neither have a legit signature on them, but both are serial numbered. Maybe they should have re-thought the names of those sets?

And we have a patch!  Yes! This is my twentieth patch card of Kid K. I have eighteen in two pages, and one is in an extra thick top loader because it wouldn't fit in a page. This one starts a brand new one page. Excellent! 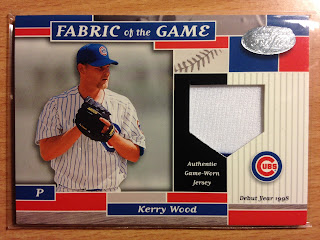 Of  the 485 card in my Kerry Wood collection, Gavin has gifted me a dozen of those. Thanks for taking the time to find ones I need for my binder! 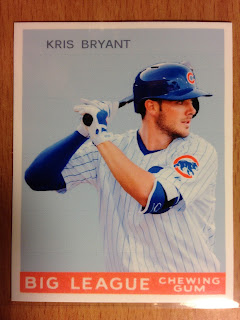 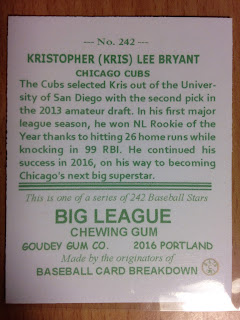 I recognized this Kris Bryant and turned it over to find it's one of Gavin's customs. I must be remembering it from his blog. Man, he does such good work he had me fooled.

I'm not sure what I'm going to do with these two. 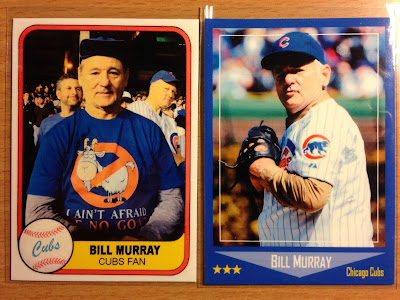 I wish had about a dozen more of each, because I want to put copies in every Cubs binder I own! 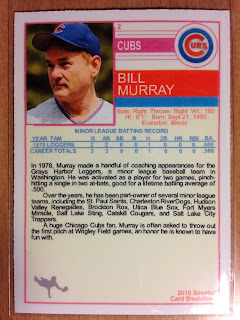 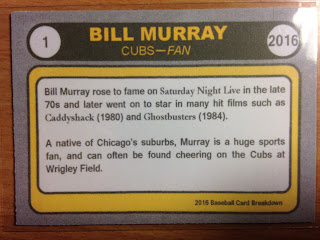 Did you know Bill Murray played for the Grays Harbor Loggers and is a career 0.500 hitter?  Neither did I until I read the back. Just fantastic!

Next up are a couple of sweet cards of Daniel Vogelbach: 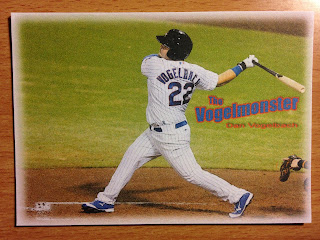 How awesome of a card is that?  Beautiful use of the horizontal layout AND it says, "The Vogelmonster" on the front. I'm grinning ear-to-ear right now! 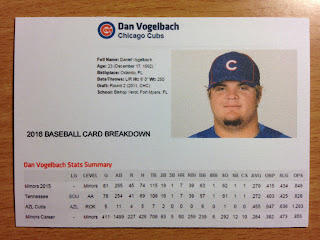 Gavin said he tried a couple of times to get this signed as a TTM, but to no avail. No matter, it's still going in the front page of my Vogelbach binder. Yes, I'm over 100 cards of The Vogelmonster and he has his own binder. Don't judge me!

I asked Gavin for a favor and he really responded. I needed a card marking Vogelbach's trade to Seattle. 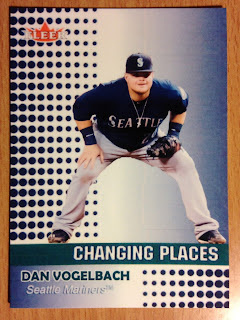 Vogelbach was sent to the Mariners in July for the guy who would ultimately throw the last pitch of the 2016 season. The above card is in the likeness of 2002 Fleer and is the bee's knees.

Gavin, thanks for the thoughtful package and all the time and effort you put into your customs. You've made me one happy collector of cardboard!

Oh, and for what it's worth, there's one custom from Gavin I haven't show yet. I think it deserves it's own post, which I'll put together when things slow down here on the blog.