It's the end of July, which means the MLB trade deadline is upon us! The dust is settling and hopefully your team made the transactions you were looking for. If not, as my blog name implies, you can always wait 'til next year!

In the meantime I'd like to entice you with another Hall of Fame post. Overall, I think we have ourselves a pretty good page. 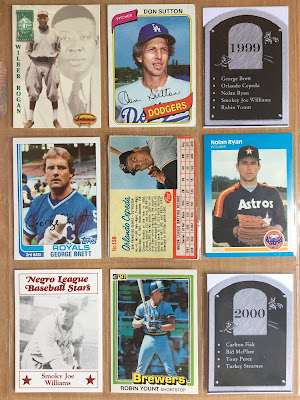 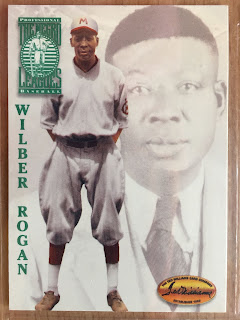 Bullet Rogan was one of the winningest pitchers in the Negro Leagues and when he wasn't toeing the bump his elite bat was in the lineup as an outfielder. He was a lifetime Kansas City Monarch, leading them to four titles during his career from 1920 to 1938. Rogan finished his playing days with a record of 116 wins, 50 losses, a 2.60 ERA, a 0.338 batting average and an OPS over 0.900. 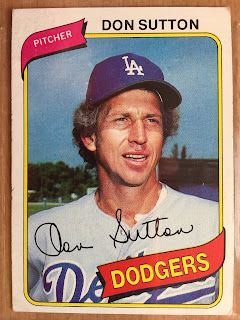 Don Sutton played for five different franchises during his twenty-three year career. Best known for his sixteen years as Dodger, Sutton was a four time All-Star, an All-Star game MVP, the winner of an ERA title 1980, and he earned Cy Young votes in five different seasons. He is seventh all-time in innings pitched and strikeouts recorded. Sutton finished his career with 324 wins and an ERA of 3.26. 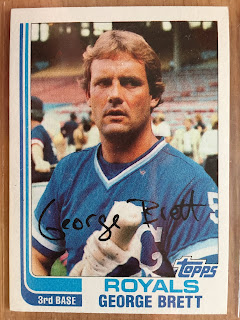 George Brett was a lifetime Kansas City Royal of twenty-one seasons. Brett won three batting titles overall, which included him winning the MVP and topping the AL with a 0.390 average in 1981. Brett finished his career with 3,154 hits and he helped the Royals to the 1985 World Series. He also won a Gold Glove, three Silver Sluggers, and was elected to thirteen All-Star games. 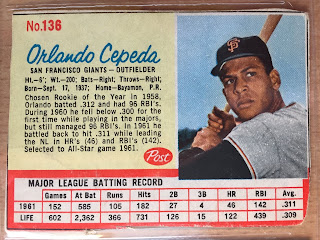 Orlando Cepeda was the Rookie of the Year for the Giants at age twenty in 1958. A Native Puerto Rico, Cepeda helped the Cardinals to the World Series in 1967 by leading the league in RBIs on the way to an MVP season. Baby Bull was a career 0.297 hitter, he socked 379 homers, and he was an All-Star during seven different seasons. 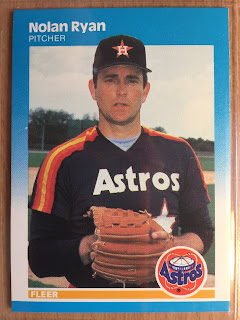 Nolan Ryan pitched twenty-seven years in the Major Leagues and he accumulated seven no-hitters, 324 wins, 5,714 strikeouts, two ERA titles, and a World Series in 1969 with the Miracle Mets. If scientists could study and clone any pitcher I think Nolan Ryan might be the one chosen. 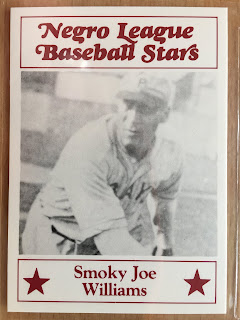 Smokey Joe Williams played from 1911 to 1934 and was voted as the 'Top Pitcher in Negro League History' in a poll performed in 1952 by the Pittsburgh Courier. He was said to have pinpoint control, a brilliant change of pace pitch and a fastball which traveled with exceptional velocity. Ty Cobb once said Williams would have won 30 games in MLB and another fellow pitcher also claimed, "It used to take two catchers to hold him. By the time the fifth inning was over, that catcher’s hand would be like that, all swollen up. He’d have to have another catcher back there the rest of the game.” 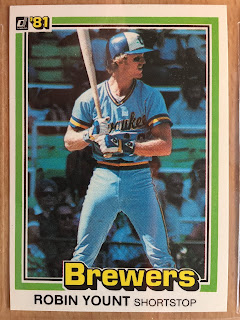 Robin Yount played two decades for the Brewers as a shortstop and center fielder and was an everyday major leaguer at the age of eighteen. The three time All-Star and career 0.285 hitter won two MVP awards, a Gold Glove (SS), three Silver Sluggers (CF & SS) and accumulated 3,142 hits.

My favorite card is the 1962 Post card of Orlando Cepeda. Thankfully, I have no qualms about any of the cards not having backs! On the whole, I think I'm good with this page and I don't feel the need to search for any upgrades. I thought about maybe pursuing an early Nolan Ryan card, but I remember him the most as an Astro, so I'm good with 1987 Fleer getting some recognition here.