This week we have a pitching dominated page including a closer! 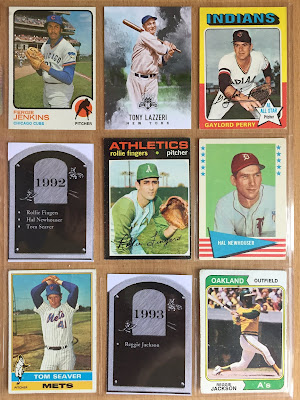 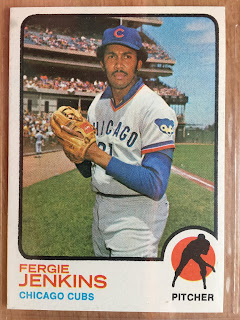 Fergie Jenkins was a seven-time twenty game winner during his nineteen seasons. A true workhorse, he finished twenty or more games eight times during his career. In my world, Jenkins is on the the Mt. Rushmore of Cubs pitchers, but he also had some solid years for the Rangers and Red Sox later in his career. Fergie won one Cy Young award and finished his career with 284 wins and a 3.34 ERA. On a personal note: I've met Fergie a few times and he's a genuinely nice guy! 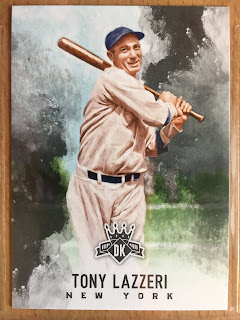 Tony Lazzeri was inducted into the Hall of Fame by the Veteran's Committee. Lazzeri was a career 0.292 hitter, over fourteen seasons, mostly with the Yankees. Playing primarily second base, he went to one All-Star game (although he played seven season before the first ever ASG) and he helped the Yankees to five titles. Lazzeri finished his career with 1,840 hits and 178 home runs. 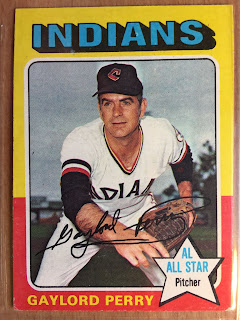 Gaylord Perry pitched twenty-two years for eight different teams. He was a two-time Cy Young winner and went to five All-Star games. Perry led the league in wins three times and was one of those starters who liked to finish games, throwing over 300 innings six times and reaching double digits in complete games thirteen times. Gaylord Perry finished his career with a 3.11 ERA and 314 wins. 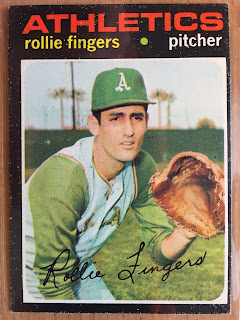 Rollie Fingers made closing cool with a cool mustache (not picture) and awesome green and gold uniforms. He won four Rolaids Relief awards, was a seven time All-Star, won the Cy Young and MVP in 1981, and he won three World Series and was a World Series MVP once. He was also a multi-inning guy. During his best stretch Rollie was near the top of the league in appearances and saves all while pitching 120+ innings each year. 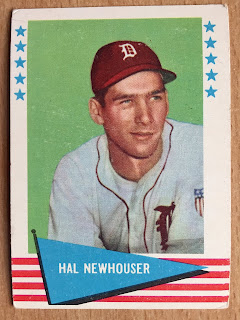 Hal Newhouser was voted in by the Veteran's Committee. The seven time All-Star played seventeen years, mostly with Detroit. He led the AL in wins four times, won two ERA crowns and two MVP awards from from 1944-48. In fact, in 1945 Newhouser won the pitching Triple Crown. He finished his career with 207 wins and a 3.06 ERA. A Big thanks to my sister, Jane, for the card! 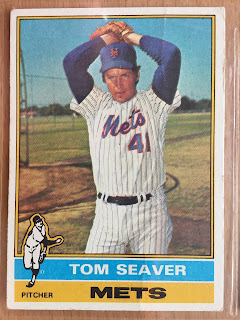 Tom Seaver won the Rookie of the Year in 1967 and helped the Mets to a World Series title two years later. He won three Cy Youngs with the Mets before moving on to the Reds, White Sox and Red Sox. Seaver captured three ERA crowns, was a member of twelve All-Star teams and finished his career with 311 wins and a 2.86 ERA over twenty years. Tom Terrific. Terrific, indeed! 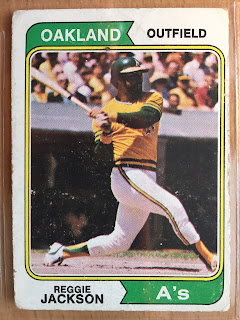 Reggie Jackson had personality and flair. He finished his career with 563 homers and is the all-time leader in strikeouts with 2,597. Honestly, with the way the game has evolved I don't feel like that strikeout mark is out of reach. No? Reggie won the AL MVP in 1973 when he led the league runs scored, homers and runs batted in. He won five World Series titles, three with the A's and two with the Yankees, and he was the MVP in two of those. Little known fact: Reggie was a sub-par offensive performer in 45 ALDS contests as he posted a career 0.679 OPS. He earned his moniker, Mr. October, during his 27 World Series games where his OPS soared to 1.212. Wow!

This is another page I'm pretty happy with overall. Oddly enough I think my favorite card is the 1975 All-Star card of Gaylord Perry. The one I'm most conflicted about is the early clean shaven Rollie Fingers card. I have a couple other cards with his handlebar mustache, but the black bordered 1971 set is unappreciated in my book.

Last thing I thought I'd point out: six of the seven cards feature posed shots. Only Reggie gives us a little taste of action at the end.

That's it for this week. Thanks for stopping by and stay cool!