Off Into The Sunset

The blogging community said goodbye to one of its best recently, but not before he threw a HUGE pack-ripping extravaganza and giveaway. I sent Wes, he of Jaybarkerfan's Junk/Rising Willingham/Area 40 fame, a little parting gift. I should not have been surprised when the most generous collector I know responded in kind.

Let's take a stroll through some of the Cubs goodness he sent my way. 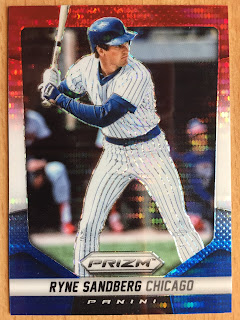 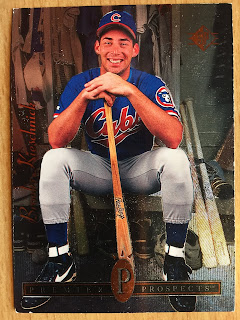 Per usual, Wes padded the numbers of my player collections. Above is my 922nd different Ryne Sandberg and 86th Cubs card of Brooks Kieschnick. Nice way to start! 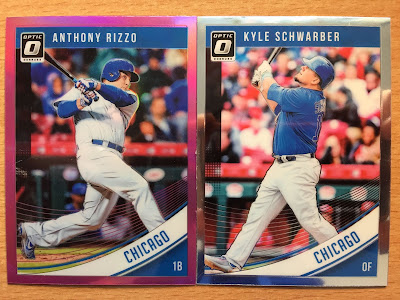 It's simple and I really like the little wavy lines as a tribute to the 1984 design. I also believe the shininess Optic brings to the table adds a level of collectabilty to the brand. 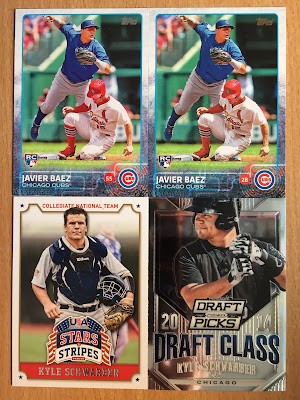 Baez proved me wrong last year by having a season I didn't think he was capable of. I'm crossing my fingers that this is the year Schwarber proves me right! 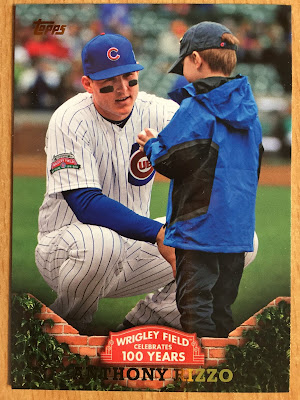 As a fan, is there anything better when your team has a current player who epitomizes so much of what is right in MLB and the world today? 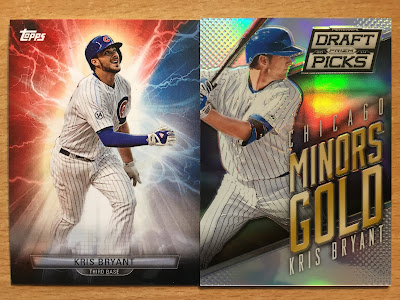 Honestly, I can count on one hand the number of Kris Bryant cards I have purchased, yet these two put me at 111 different Bryant cards in my binder. The generosity of the blogosphere knows no bounds. 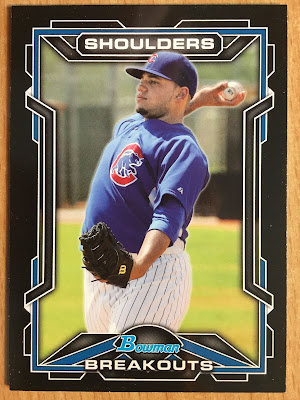 It's a little known fact, but back in the day I was super-collecting two Cubs minor leaguers. ROCK SHOULDERS was one of them and the other guy was some dude named Dan Vogelbach. Maybe you have heard of him?

A few years ago much was made of Carl Edwards' slight frame, 6'3" and only 170 pounds, and how the Cubs were trying to get him to add weight. 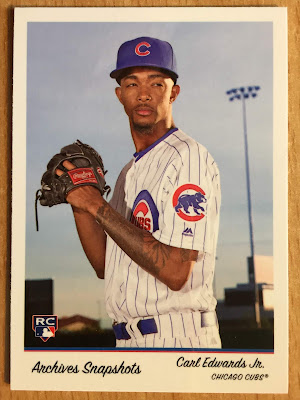 His eyes in this photo . . . they seem to say, "I see you reaching for my cheeseburger." 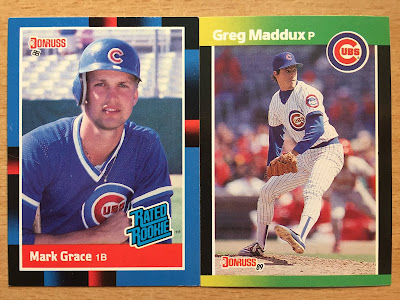 Gracie and Mad Dog were two of the best to pass through Peoria on their way to stardom. 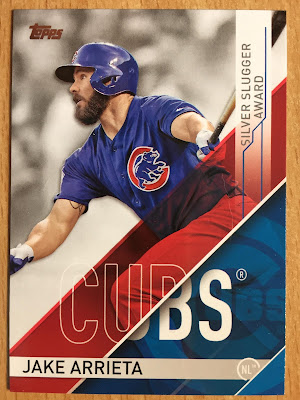 Believe it or not, I was a pitcher in high school who raked, 0.300+ average and 11 combined homers my junior and senior year. It didn't matter when I got to college as those numbers earned me three plate appearances in four years. lol

Mike Morgan's career spanned four different decades and he pitched for twelve different teams. He earned an All-Star appearance in 1991 with the Dodgers, but arguably his best year was with the 1992 Cubs. 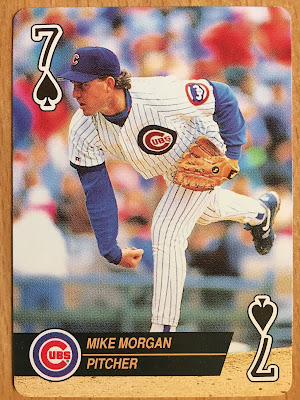 DLee and Matt Stairs were two of my favorites from the previous decade. 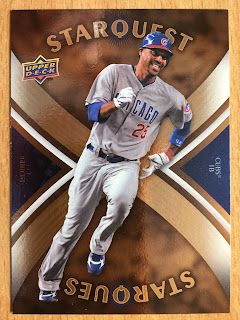 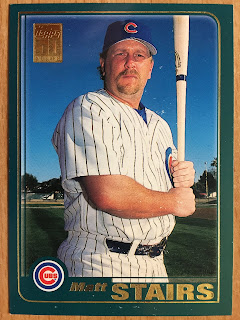 Stairs also played for twelve different teams during his career, and I'm sure he was a riot for all dozen of them.

I believe this one is a business card and/or advertising piece from Gypsy Oak, who is known for his baseball related artwork. 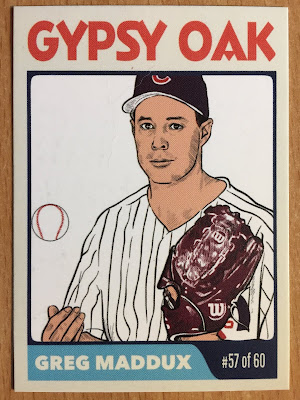 I'll add it to the Cub collection! 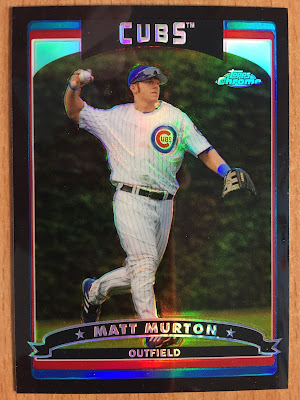 Matt Murton is one of Wrigley Field's fan favorites! 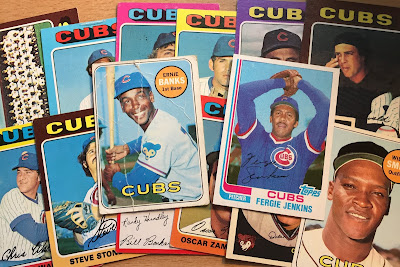 That is one well-loved Ernie Banks! And if you know me, then you know it'll be cherished in my collection!

The package finishes up with a couple of early 90s autos of Mike Bielecki and Shawon Dunston, Sr. 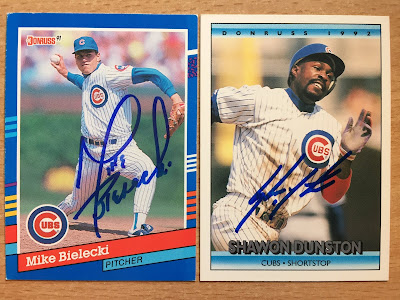 Bielecki and Dunston, were part of the magical 1989 Cubs team, which is my second favorite Cubs team of all time. You'd be correct if you guessed the 2016 team as the club at the top of the list.