Page 3 of my Hall of Fame Binder brings us the rest of the class of 1939, which included nine players overall. Cap Anson, Charles Comiskey, Buck Ewing, Old Hoss Badbourn and Al Spalding were all elected by the Veterans Committee.

Eddie Collins, Wee Willie Keeler and George Sisler were inducted along with Lou Gehrig, who hung them up earlier in the same year, by the Baseball Writers Association of America. 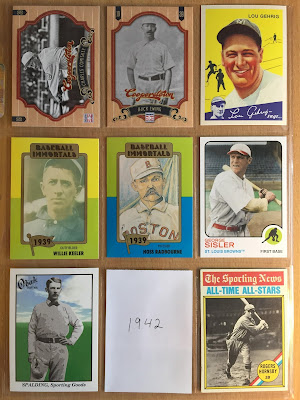 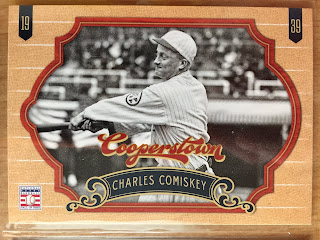 I didn't take the opportunity to build any of Panini's Hall of Fame centered sets from 2012-2015. Ironically, I didn't start setting cards aside for this little project of mine until 2016. If Panini revives the Cooperstown brand in 2019 you know I'll be all over it. 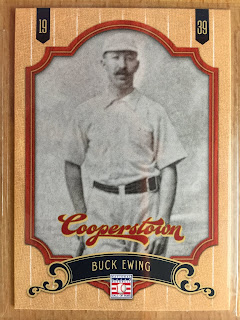 Variety. As I mentioned in my original post I'm looking for variety on each page. I'm currently on the lookout for a new Ewing or Comiskey to spice things up a bit! 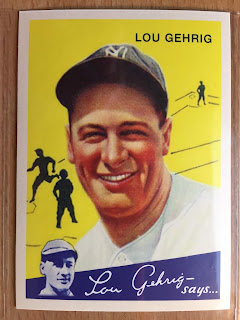 Gehrig is one of favorite players of all-time. If I can ever find an original Goudey of Gehrig within reach of my budget you better believe I'll make that purchase. 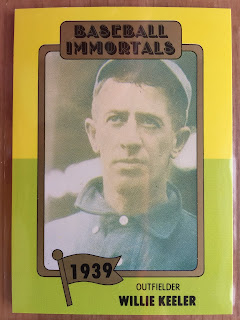 According to his BaseballRefence.com page Wee Willie was only 5'4" and 140 pounds. Yes, folks, that's two inches shorter and twenty-five pounds lighter than Jose Altuve. 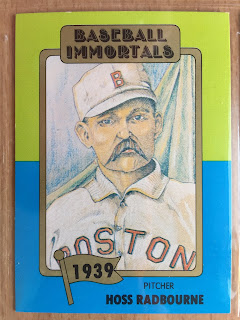 Old Hoss Radbourn has a Twitter account. I followed it for awhile, but when things become too politically charged (funny or not) I tend to bail ship. I did enjoy when he mocked starters for not pitching long enough to qualify for a quality start. Radbourn, after, threw 73 complete games . . . in one season! 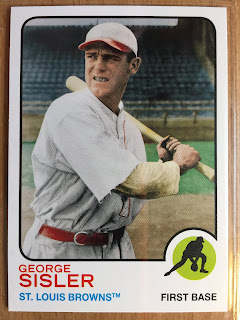 The colorization of this photo, which is probably from the 1920s, is quite excellent. I'm not sure how I feel about a player from Sisler's era being placed into an insert set in 2010 which depicts him on the 1973 Topps design. Just thinking about this gives me a headache. 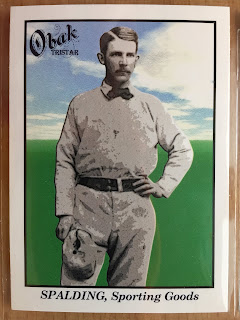 Spalding was the pitcher during the 1870s. In 1874 he was credited with 52 wins, which is 21 more than the number of batters he struck out. It was a whole other game back then! Oh, he's also known for starting a sporting goods company and the thus the reason for his inclusion in the 2009 Obak set. 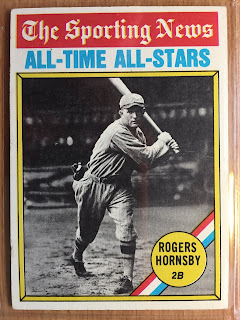 For whatever reason this Hornsby card sits better with me than the Sisler card. Maybe because it was actually published in 1976?  Hornsby could flat out rake and his stretch of seasons during the early to mid 1920s was just unreal. For my money, he's still the best second baseman of all-time.