Last Wednesday I kicked off my new series focusing on my Hall of Fame Binder. You can see the details about the layout of the pages and card choosing qualifiers by clicking here.

This week we'll take a look the rest of the class from 1937 and the others on Page 2. 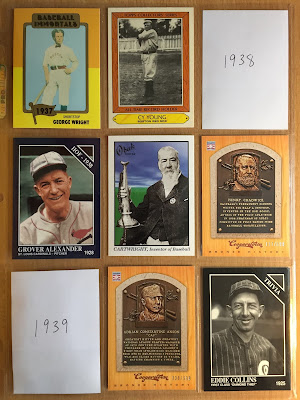 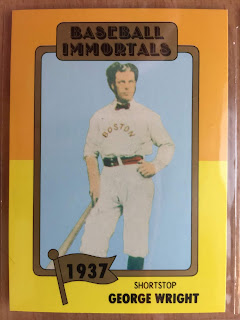 I have a near set of Baseball Immortals. Once upon a time, I may have had a complete set, but the you'd have to ask the younger version of my cardboard collecting self. 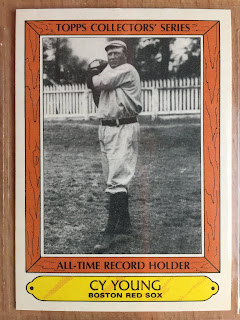 This Woolsworth card is another one from my childhood collection. It'll take something fancy to bump this card from the binder. 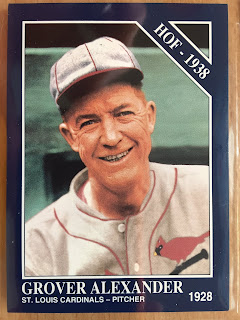 I don't know how rare these color versions of the Conlon cards are, but I couldn't be more pleased having this card in my binder. 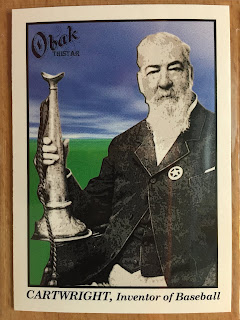 I thought about only choosing players for my project, but instead I cherry-picked some of the more notable (in my eyes) pioneers of baseball as well. Back in 2011 I visited Cartwright's grave site in Hawaii and left a baseball with a message about the Cubs next to his marker. Five years later they won the World Series! Coincidence?  (Probably so. lol) 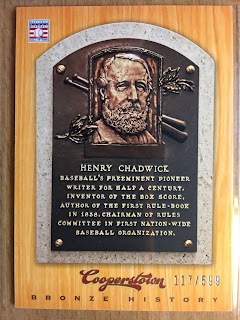 A plaque card of a Hall of Fame inductee is nice concept for an insert set. I'm not sure why they are serial numbered though (lower right corner). Chadwick gets my nod for entry into the binder as a pioneer due to his contribution of the box score. One of the big reasons I'm such a fan of the sport is the statistical side of the game. You have to figure box scores were some of the earliest records of statistics keeping. 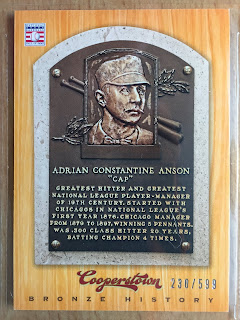 Cap Anson is known as a Cub, which typically means I'll fully embrace him. Yet, due to his role in erecting the color barrier in baseball that is not the case with Anson. I would like to find a different card of his so that I don't have two inserts from the same set sharing a page. I'll track one down eventually. 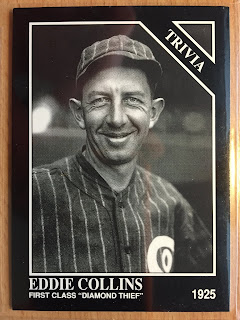 Another Conlon card to fill a spot, which I don't mind terribly, because the other one on the page is the color version. Although, I am curious to know the color scheme of that uniform top and hat. Black with white pinstripes? Maybe navy blue? Collins hasn't been entirely forgotten by the card producing world. Perhaps, because he isn't the biggest name, I'll be upgrade to an actual vintage card of his.

That's it for the latest installment. Thanks for stopping by!