Return of the Zippy Zappings

I found a plain white envelope in my mailbox at the tail end of last week and I thought it was just going to be some loose cards.  So, it sat on my desk for a few days.  When I found a moment to crack into the PWE I was pretty surprised! 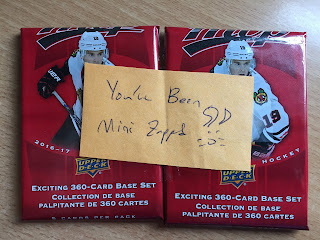 I didn't think it was holding legit Zippy Zappy packs!  If I had known I would have ripped into them immediately and gotten a post out. You know... because the world is fueled on Zippy Zappings. 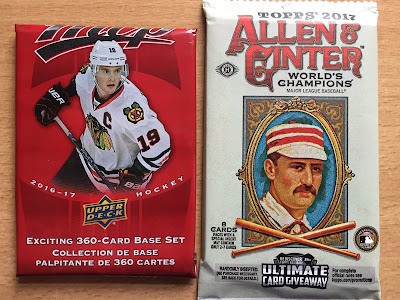 It's been awhile since I've done a Pack War, but here we go!  On the left we have a Zippy Zappy Pack, which I hope contains no hockey, and on the right we have a 2017 pack of A&G which was a bonus back from when I bought a Dan Vogelbach slot within a 2 case break of A&G last year. 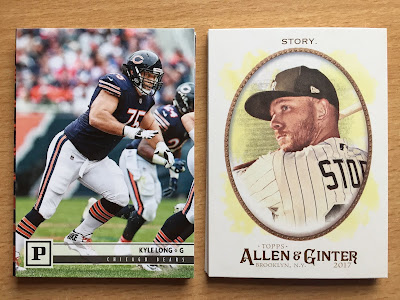 Football?  I can live with football. The Bears are my team and Kyle Long is one of my favorites. I like how feisty and scrappy he is for being 6'6" and 320 pounds. I also respect the way he protects and comes to the defense of his quarterback.
Trevor Story?  Not my guy.
Updated Score:
ZZ Pack = 1
'17 A&G = 0 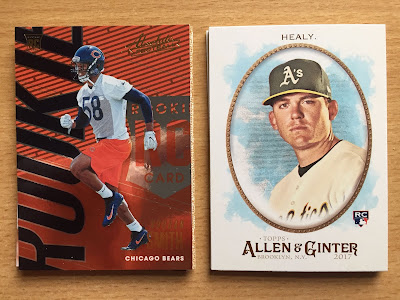 First of all, any card could have won this match-up against Ryon Healy. For those of you not in the know, Healy is stealing Dan Vogelbach's playing time with Seattle. Yes, Healy and his 0.688 OPS, at FIRST BASE, is the main reason the VOGELMONSTER isn't getting more reps. Argh. I could go on and on about what a travesty this . . . but . . .
Roquan Smith deserves some attention here. I think one day he'll be mentioned in the same breath as Butkus, Singletary and Urlacher.  I'm a fan. Yep, I'm going to lock this one up in the safety deposit box and use it to fund my retirement someday.
Updated Score:
ZZ Pack = 2
'17 A&G = 0 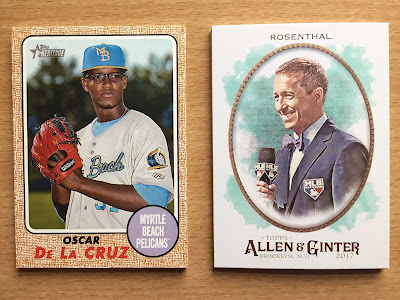 Our first baseball card of the ZZ Pack. Oscar De La Cruz has lightning in his arm, but lightning is not supposed to be in one's arm... so he keeps winding up on the disabled list.
Ken Rosenthal. I love his stuff and his bow ties. A&G is on the board.
Updated Score:
ZZ Pack = 2
'17 A&G = 1 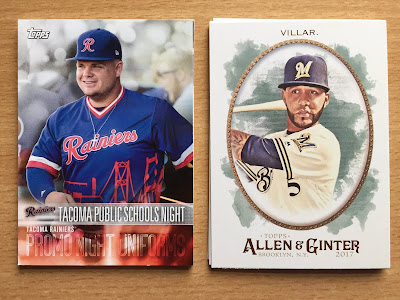 If there was a mic drop in Pack Wars I would have dropped it and walked away without documenting the rest of this packs. I needed this card.  It has been sitting in my Sportlots.com cart waiting for me to commit to the purchase. 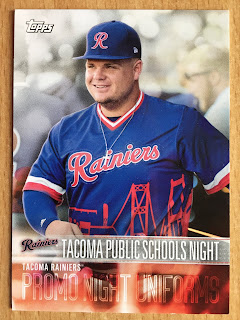 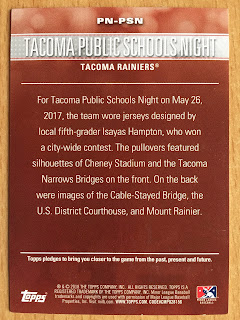 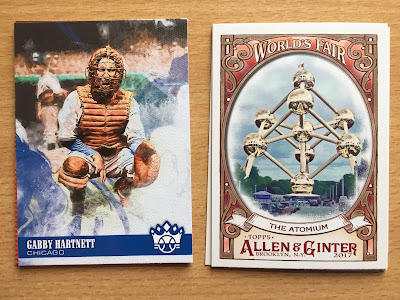 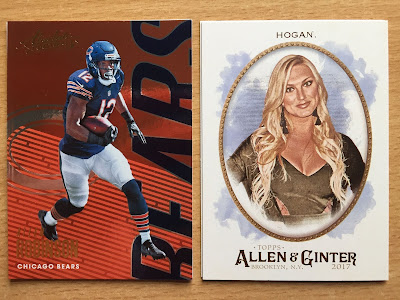 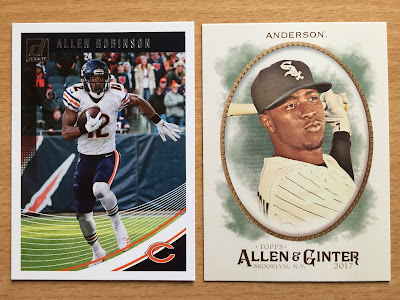 Another Allen Robinson card to do battle with Tim Anderson. I'm not a Tim Anderson fan... Supposedly he is very talented and is starting to come into his own. Good for him. I'm not buying it, although he was .002 points away from having a better OPS in 2018 than Ryon Healy.
Updated Score:
ZZ Pack = 6
'17 A&G = 1 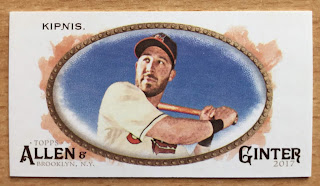 Jason Kipnis mini.  The only downside to Zippy Zappy Packs is they are sometimes hard to match up with packs I have on hand. The ZZ pack has no more to offer, but the A&G has one of those annoying minis that I always drop on the floor.
We'll call this one after the 7th Round.  I don't like giving away free points during such a serious event as a Zippy Zappy induced Pack War.
FINAL Score:
ZZ Pack = 6
'17 A&G = 1