I recently took part in a trade with Kyle, from Nolan's Dugout, that was very beneficial for both parties. Kyle doesn't blog much these days, but he is very active in the trading community and he keeps his want lists up-to-date. 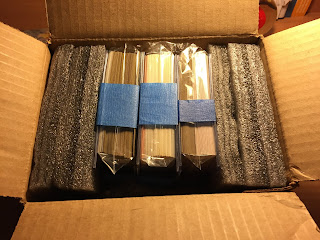 As of late, I've been impressed with how others have been sending me mass quantities of cards. Cushion and blue tape!  Score! 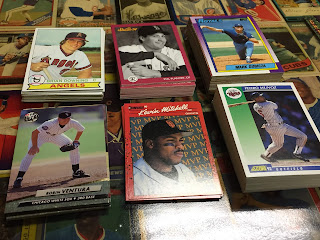 Do you know how hard it is to build a set from the Junk Wax Era? No one at a card show brings this stuff with them and even if they do have some at home they aren't willing to admit it. You'd be hard pressed to find it at a brick and mortar store either. I've been to seven card shows and over ten different stores this year and I haven't found one individual who can help a nostalgic set builder like myself. Thank goodness for the blogs! If you have any 1990 Topps, '91 Studio or '92 Score Series 2, please give me a shout! 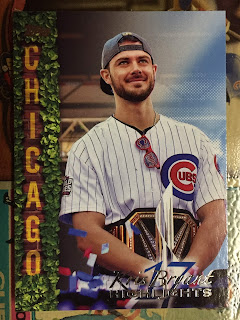 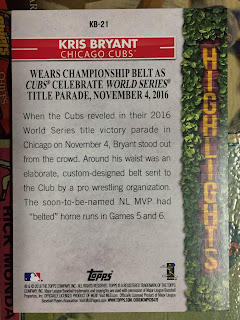 Kyle also hooked me up with one of the cards from my "Top 5 Most Wanted Cards." This Kris Bryant Insert, from 2018 Topps Series 1, has gone straight into the World Series binder. Thanks, Kyle!

My wife, Laura, and I found a new hiking trail on the north side of P-town at Tawny Oaks. 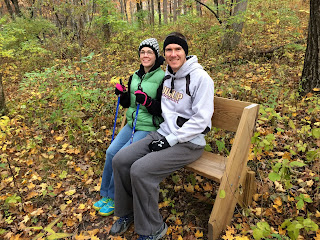 It's a four-plus mile loop with some changes in elevation and plenty of fall colors. We took my in-laws there a couple of weekends ago.

I have a guy at work who I like to swap adult beverages with from time-to-time. Our go to beers of choice are not ales, but since we're both Cubs fans I decided to pick some up anyway. 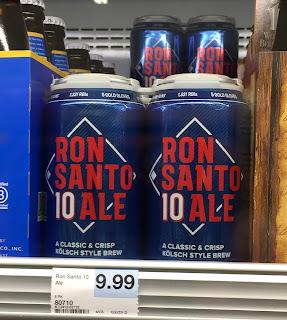 I still haven't tried one of these yet, but I do have one sitting on a shelf in my man room.

Laura and I are traveling internationally within the next few months. She really hates going through TSA security checks.  Honestly, who doesn't?  But, I feel her loathing is at a different level than most. 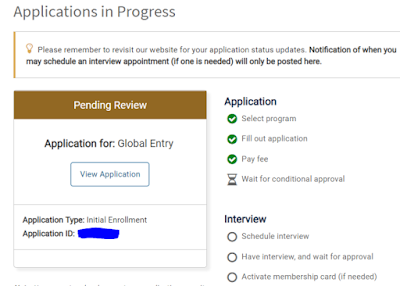 We both recently applied for Global Entry and TSA PreCheck and we had our "interviews" yesterday. It'll be nice to get through the airport checkpoints a little faster I suppose.

This past Friday night we went downtown to the museum for dinner and a movie.

I've listened to all the Harry Potter books in my car within the last 14 months or so. I really enjoyed the story lines and thought the narrator did a wonderful job. When we learned the museum would be showing Fantastic Beasts: The Crimes of Grindelwald on their giant screen we had to go.

When we arrived the Sorting Hat placed us into one of the four houses. (It thought it best to put me into Slytherin. Boo!)  We were given scarves with the house colors, a wand, and tokens redeemable for butter beer. At the dinner tables some of the different potions were bottled up and there were Every Flavour Beans for sampling. FWIW, I'm done experimenting with those beans! It was a really fun night and I thought the museum did a wonderful job.

At the annual Peoria Sports Card Show and Auction earlier in the month there was a vendor with TONS of autographed vintage cards. There was so much from so many sets I couldn't help but wonder if it was all forged. I know, I know... that's a horrible first thought to have, but I seem to read more and more on Twitter about scam artists in the collecting world. 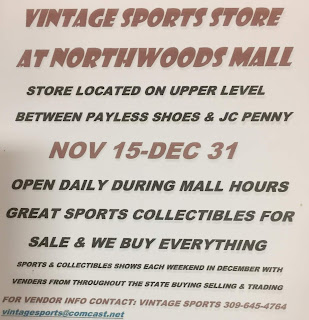 The dealer had this flyer on his table between binders and I snapped a photo. I may go check it out, but the six week time frame has me quite skeptical. This guy, at least from my initial impression, is the guy that'll have that autographed card you've been looking for. If anyone is looking for a hand-signed auto from any player from the 50's, 60's or 70's let me know.