I participated in Nachos Grande's most recent group break. I believe there were eight different boxes from the last twenty years or so, with a majority of those boxes spanning the years I was out of the hobby. 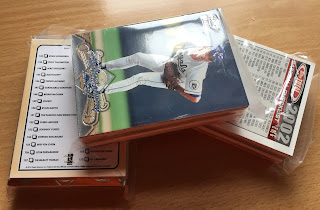 Chris does a wonderful job posting and recording the cards as he opens them. And I know packaging and shipping out can be a pain, but he does it like a boss. My cards arrived the day after the last post for the group break was published. How about that for timing! 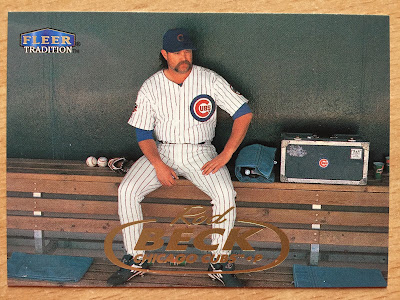 The above card is from 1998 Fleer Tradition and the below cards are from 1998 Pacific Paramount. 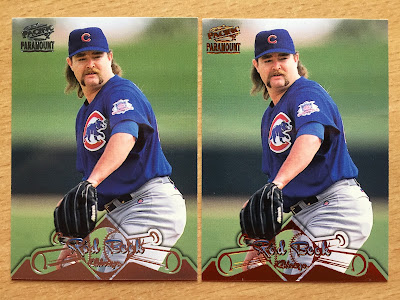 Look, I pulled one of the parallels!

Here's a couple more cards from the '98 Fleer Tradition box. 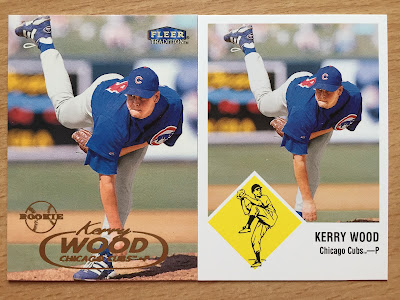 I had the one on the left already, but I'll take the vintage insert for my Kerry Wood binder!

I thought I might hit on a few more Mark Grace cards than I did, but this was the sole Grace in the break. 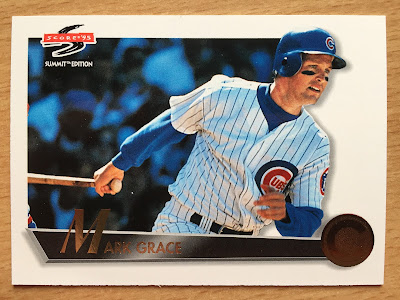 Something about the 1995 Score Summit design appeals to my eye. It's a very sharp looking card. 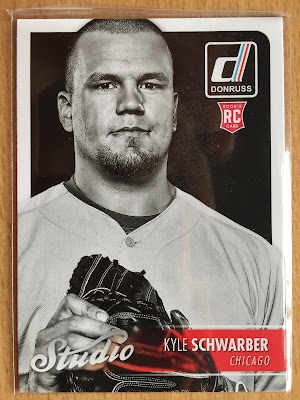 This one is from 2016 Donruss, which was the most modern set represented in the break. 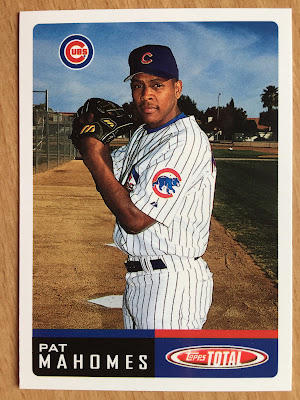 I actually completed the 2002 Topps total set a couple of years back. But, I didn't have any Cubs duplicates to add to my trade boxes after completing the set. I was super psyched when I learned Chris would be breaking a box from such an expansive set.

Here's a couple more that will settle into a binder: 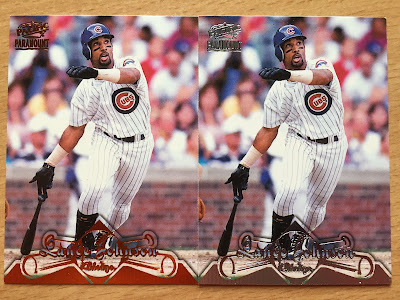 I was a Lance Johnson fan for the brief time he played with the north side ball club.

Play at the plate! 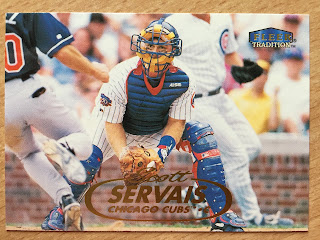 Is that a Ricky Gutierrez cameo? I think the name is too short on the back of the jersey... probably Chris Gomez. Funny how I can't remember my best friends' birthdays, but I can put a name to a 20+ year old picture when only the color scheme and two partial letters are given.

Sluggin' Sammy Sosa was the name that was included the most coming in a five cards. Sorry, only four are pictured! 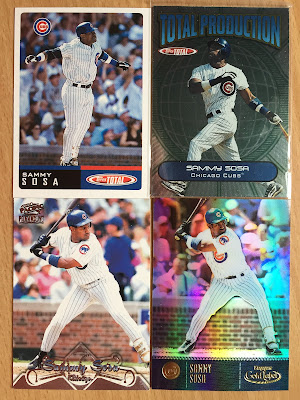 Here's a set I somehow missed my first trip through the hobby: 1953 Topps Archives, released in 1991. 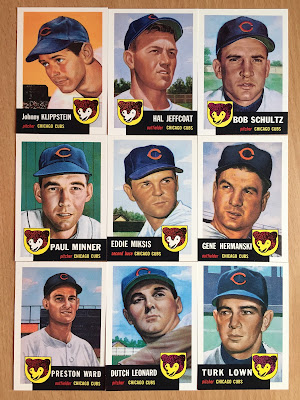 Unfortunately, I came up four cards short of the team set. Bummer! 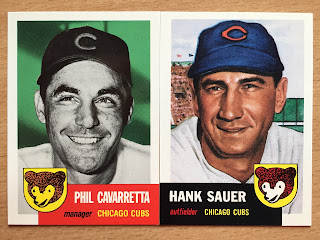 I chose to separate Cavarretta and Sauer because they are the only names I recognize.

The last set in the break was 1997 Donruss Limited. The front side of each card is done up in chrome and the backside features another player who has loose connections to the player on the front. 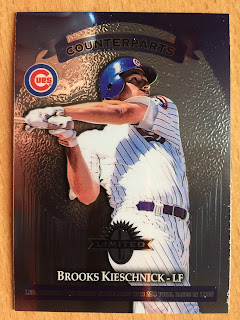 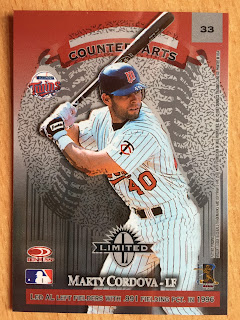 I was lucky enough to hit a Kieschnick card for my player collection. The only connection between Brooks and Marty Cordova is they are both left fielders.

I also hit a Sandberg! 903 different ones in the collection now! 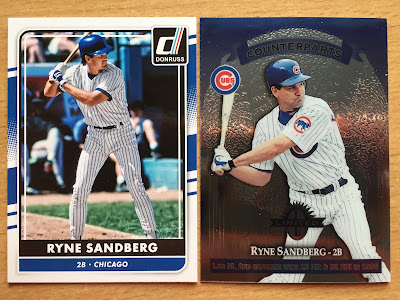 Sandberg is paired with Julio Franco, which is not a bad match if you ask me. 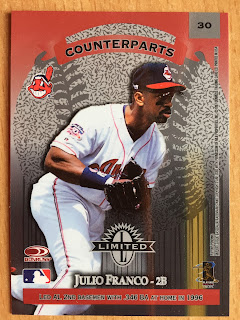 That's the end of the highlights for my chosen team. The Nachos Grande randomizer gifted me the Royals. 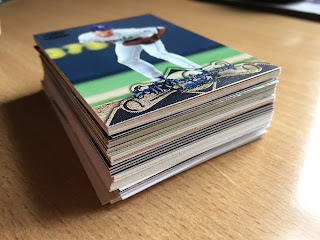 At least I know of a couple Kansas City fans who may want to trade! 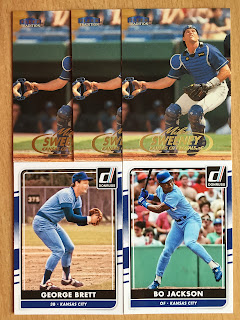 George Brett and Bo Jackson were some of the bigger names from the Royals side of the break. Also, above, you can see some of the issues Chris had with collation within boxes. Three Mike Sweeney cards from one box?  Whoa. A man can only handle so much!

Here's another one of those 1997 Donruss Limited cards. 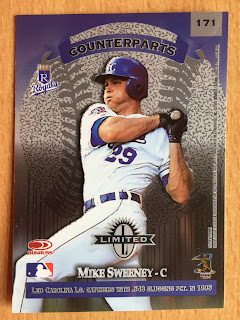 The back shows Mike Sweeney, who was a decent enough catcher before switching to first base and designated hitter for the Royals. 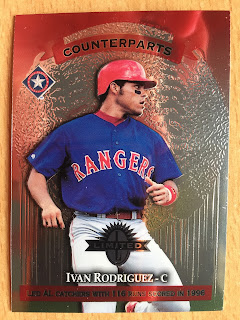 Pudge! That was a nice surprise!