I opened a few more packs last night and a handful this morning. If you missed my first post on this set just click here to catch up. I'm now halfway through the hobby box and have decided I will definitely chase the full base set. The jury is still out on the inserts.

I purchased four blasters earlier today for $33 shipped from a seller on Ebay. Hmmm... a hobby box is $45 for 240 cards at my LCS... four blasters yield 256 cards. I like supporting my LCS, but it's hard to pass up a deal like that.

I found some more cards I thought I would share, specifically a few of the All-Time Greats and one of the Ministers of Mash.

Before I reveal those how about a couple more from the cool photo selection department? 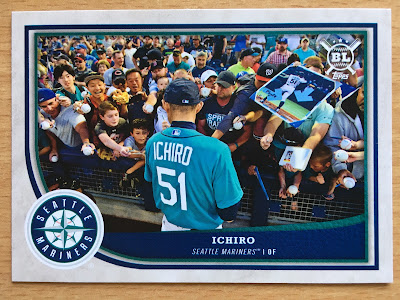 If you haven't seen the somewhat recent NY Times article on Ichiro's current position with the Mariners you should give it a read. It involves a lip toupee! 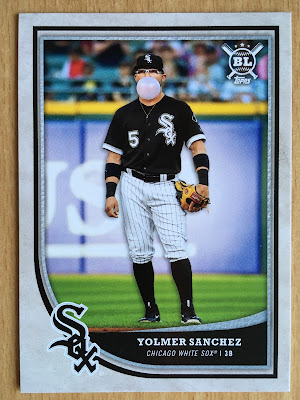 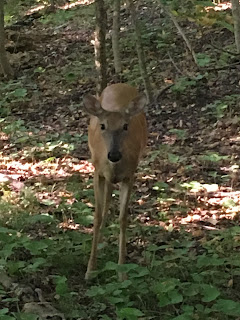 This one was from my hike this morning. I couldn't resist sneaking it in the post. I was able to get within six feet of the guy before he decided I was close enough and bounded off.

I've found two of the bigger named rookies from the 2018 class in the first half of the box. 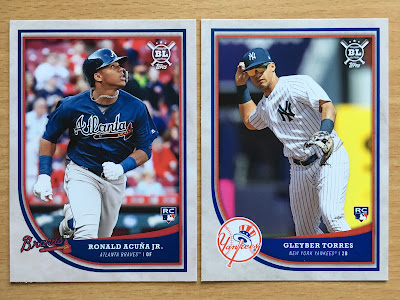 If I can somehow score that Ohtani character in the second half of this box, then my set build should be pretty cheap the rest of the way out.

I found an error card. No, it's not one of Topps' silly planned errors that are SSP'd. This one is a legitimate error. See if you can find it below in the text and I'll post what it is a little further along in the post. 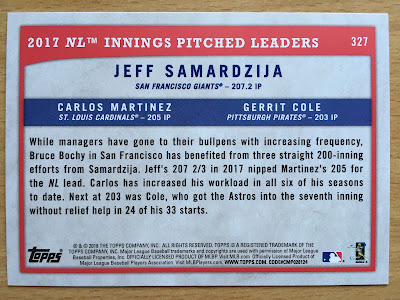 I've pulled two Ministers of Mash inserts. The first was of Cody Bellinger. Nice, but it didn't ring by bell. (Sorry, couldn't help the bad pun.)  The other one did. 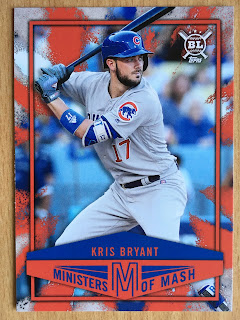 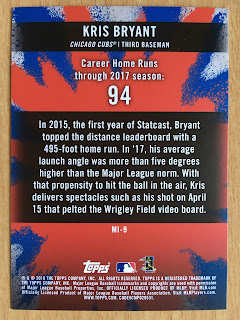 Both card backs, Bryant's and Bellinger's, mention launch angle. I wonder if that is a theme throughout this insert set.

Error Update: The back of the Innings Pitched Leaders states Cole pitched for the Astros last year. Oops.

I finally pulled my first All-Time Greats. As a reminder, these are part of the base set and are not short prints. They have just been a tough pull for me for whatever reason. 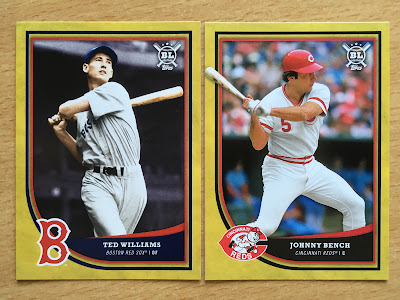 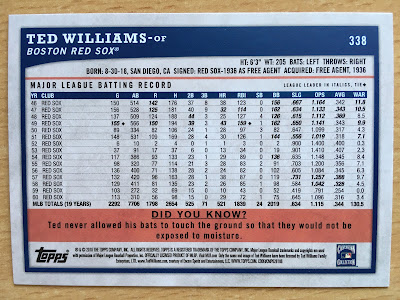 Hey! We have full stats on the back. Wait. No we don't. Booooo! We're missing the Splendid Splinter's first four seasons before he entered the war. As I review the backs of the three I pulled it seems as though they each have fifteen seasons worth of stats on the back. It's unfortunate, because All-Time Greats are going to have played for longer than that. 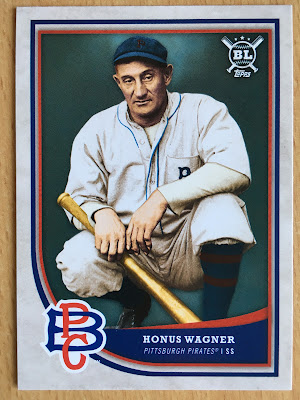 I do like this Honus Wagner card quite a bit, even if the back is missing the first six years of his career.

There you go. I'll do another post when I pull my two caricature cards and obviously show the hit if I'm lucky enough to pull one. Eventually I'll get a want list up after my blasters come in.