Baseball and Cards in the Burbs

I took a mini vacation up to Chicago last weekend to catch a couple of independent league baseball games and a card show.

Friday night I visited the Chicago Dogs in the northwest suburbs. Here I am pictured with their main mascot, Squeeze, on the left. 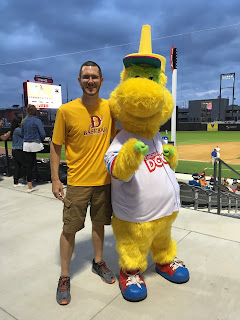 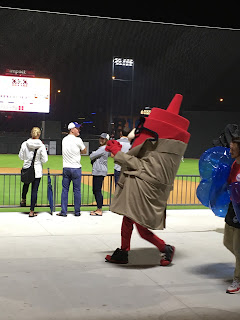 On the right is their "other" mascot. He was super mischievous and donned a trench coat and pair of those fake glasses with the big nose, mustache and super fuzzy eyebrows. Most in Chicago believe there's no place for ketchup on a hot dog. Keeping that in mind, I thought it was humorous he was portrayed as the villain.

Saturday evening I went down to Joliet and saw the Slammers play at Cards Against Humanity Baseball Place. You may remember my post about a gift package my friends in Texas gave me last winter focused around the Slammers and their new stadium sponsors, Cards Against Humanity.

I enjoyed the Chicago Dogs' stadium more, but the game at Joliet, which included a walk-off win and the fried cheese curds were the highlights of the baseball games. 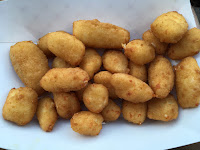 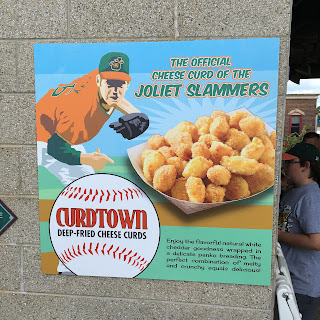 Sunday morning I hit the Orland Park card show and made a big dent in my Topps Big League set needs. If you have some Big League you'd like to rid yourself of, please take a look at my want list.

Sticking with the set building theme, I found the last two cards for the 1980 Topps set build. 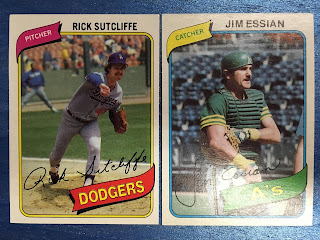 I found it curious both were of future Cubs. Sutcliffe would win the Cy Young for the Cubs in 1984 and Essian would manage the team in 1991.

I also plucked this card of Joe Niekro admiring his knuckleball grip. 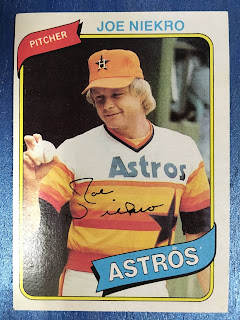 I'm starting a binder with cards I find interesting or fun. It's kind of poor man's version of Dime Box King Nick's Frankenset. I'm not sure what I'll call it yet, but I've been stockpiling cards for this project for awhile. A blog will probably be coming within all due time.

I usually steer clear of the quarter boxes, but I was biding my time to get to the crowded dime boxes and I found this beautiful Ben Zobrist card from the 2013 Topps Tribute set. 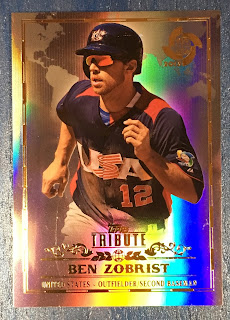 I used to pick up Zobrist cards in Rays, A's and Royals uniforms, but I've stopped since he signed with the Cubs. This might be the first one I've purchased in two years that was not a Cub card. USA! USA! USA!

Fragments of the Farm relic cards, from Topps Pro Debut, are the best relic cards out there. Well, except for those stellar tooth relics from 2018 A&G. 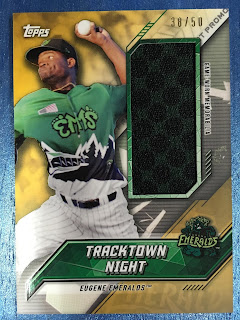 The above relic is actually a little bland, as it is "only" a game worn uniform from the Cubs' rookie league affiliate.

The one below is from a foam finger from the Cubs' High-A farm team. 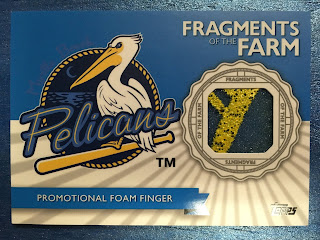 Both of these will go in my Cubs relic/auto box.  Not bad for two bucks apiece!

More cards for my fun folder! 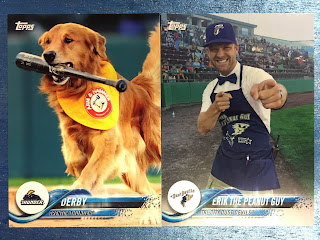 On the left we have some more Pro Debut and on the right are some of those more interesting cards from Stadium Club.

Jim Thome will be inducted into Cooperstown this weekend. He is considered a product of Peoria, although he went to high school in neighboring Bartonville and junior college in East Peoria (across the river). 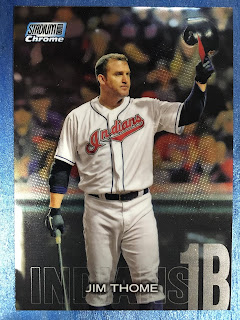 I think most people associate Thome with the Indians and this shot of him tipping his cap is just wonderful. It's pretty cool to have such a highly revered ball player come from this area.

I love me some Ron Santo vintage goodness. I'm getting close to finishing out his Topps run as I only need a few more odds and ends. 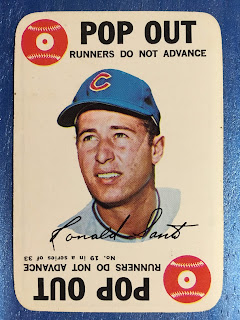 My last purchase was the one that excited me the most. 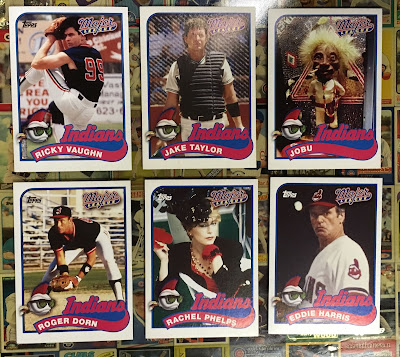 It's the 2014 Topps Major League movie 5" by 7" card set. I don't know if they're extremely rare or not, but I've had trouble tracking the set down. I found this one for the a cool ten spot and couldn't be happier. Major League is one of my favorite movies! I stopped by my LCS this week and picked up some pages and now these cards are ready to be placed in my binder of fun cards. (Boy, I really do need a name for this binder.)

Each summer I try to visit a new MLB ball park. I only need seven more current parks, but after driving to Breckenridge and back earlier in the summer I wasn't in the mood to make it to the west coast (Dodgers, Angles or Padres) or east coast (Red Sox, Yankees, Braves or Marlins). Independent league ballparks aren't on the same level, but they were fun to visit nonetheless. It was a fun weekend overall and I really enjoyed leaving behind the monotony my Peoria summer has become for a few days.