Pack and a Plug

First, let's get to the plug! Sport Card Collectors is hosting a Pick'em style Sports Challenge Contest. You have about 8 hours left to get in on the action!  Go! Go! Go!

Now the pack. I hit up The Baseball Card King #1 while in Chicagoland this past week. I had a good time sifting through their boxes of prospects, Cubs, and autographs during my time at the store and I picked up some things for my favorite bloggers. The shop has a nice inventory, but I was bummed to learn they were fresh out of Topps Pro Debut, so I walked away with the last pack of 2016 Diamond Kings instead.

What would the last pack of the box hold?

Card 1: Joe Mauer.  I didn't recognize this as Joe Mauer initially. Maybe it's the beard? Or perhaps the painted style of the card?  Or maybe the fact that I can't remember the last time I watched a Twins game? 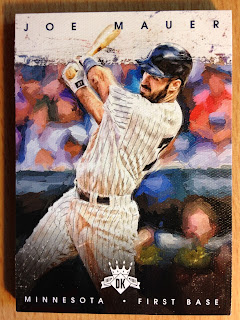 Cards 2 & 3: Correa is one of the hotter names in the collecting world. Archer has nice socks, played in Peoria as a Chief, but has struggled on the mound this year. Two out of three ain't bad I suppose. 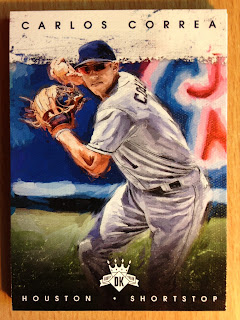 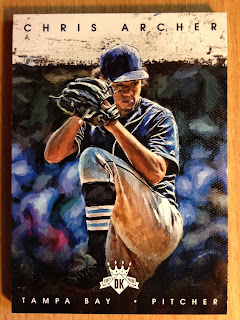 Cards 4 & 5: Beltre is one of my favorite non-Cubs, but mostly because of his antics with Elvis Andrus. Lefty O'Doul? I bought two packs in Chicago and both contained a retired outfielder from Philadelphia. The other was a blue parallel of Richie Ashburn from Archives. 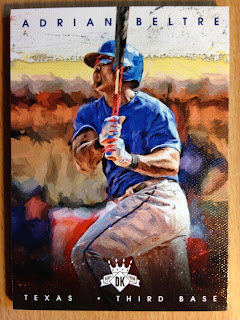 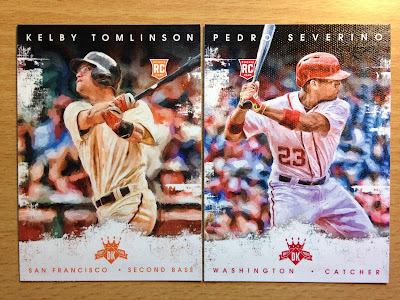 A couple of rookies were the last cards in the pack and since I don't know much about them I might as well show the backs at this time. 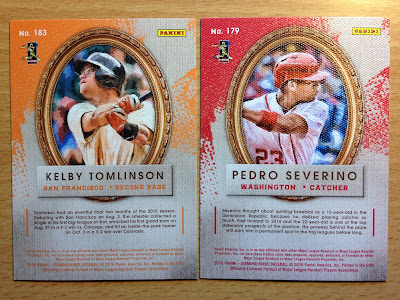 I like how the team's colors are featured prominently on the back of the card. 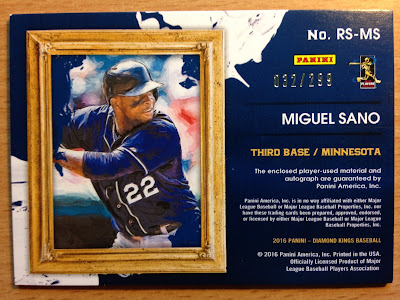 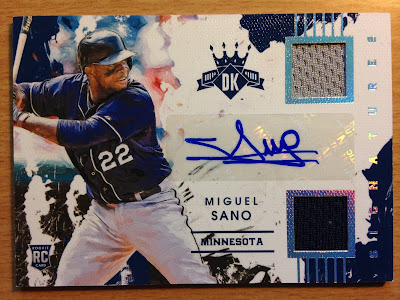 Sano is on my fantasy league team, but this one is more than likely headed to Completely Arbitrary and Highly Subjective blogger.

Thanks for stopping by today. I hope you enjoyed the back rip!