Jimmy, from S.Mack Talk, reached out to me about the Giants from Topps' NL Standouts I purchased last week and we quickly ironed out a trade.

The cards I received crossed off some cards from my set builds and added a few to my player collections, which definitely put a smile on my face.

Here's a nice Eddie Mathews from Fleer's 2000 set titled "Greats of the Game". 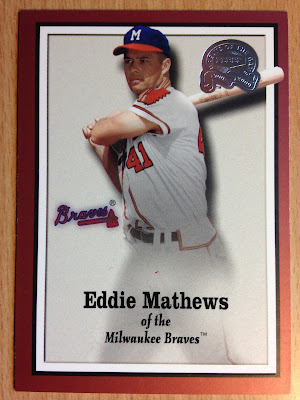 I only need two now!  Any one have a spare Warren Spahn or Stan Musial they aren't using?

Meanwhile, I need somewhere near a thousand Conlon cards. But, every little bit helps! 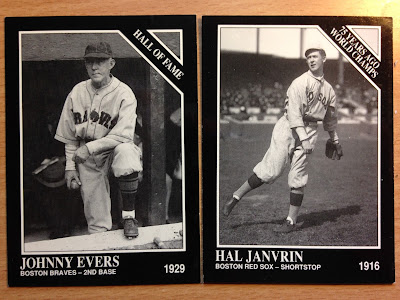 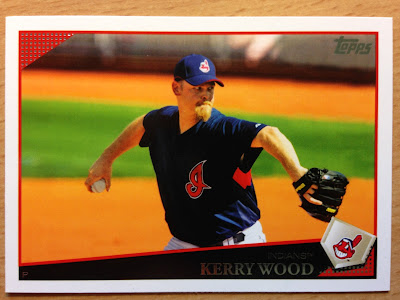 I'm not sure how I was missing Wood's 2009 Topps flagship card. Hole filled! 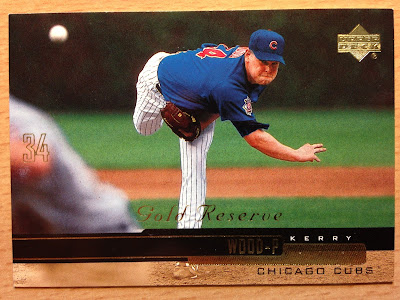 The same can be said for the above 2001 Fleer Authority card of Kerry. I think he's fielding a bunt and making a throw to first... um, or maybe that is his pitching motion on a slant? I'm not quite sure. Nevertheless, I'm up to 464 different Kerry Wood cards now.

A second player collection got a nice boost as well: Brooks Kieschnick! 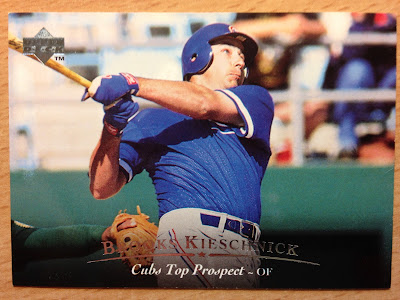 I love these 1994 Action Packed cards, because they have a raised texture which helps bring them to life a little bit. 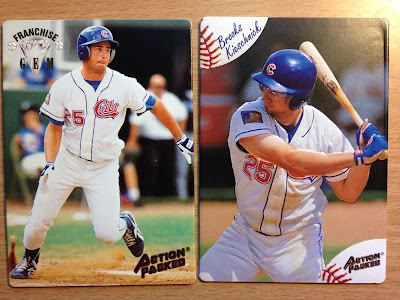 Here's the backs of the Action Packed cards. It looks black, but that's gold fold around the red letters of Kieschnick's name on both cards. Lots of gold foil! 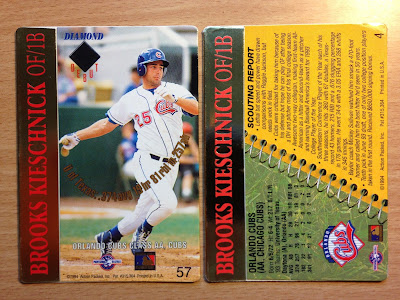 This last card is simple and clean. I like it.  Plus, I don't have many of Brooks' time with the Iowa Cubs. 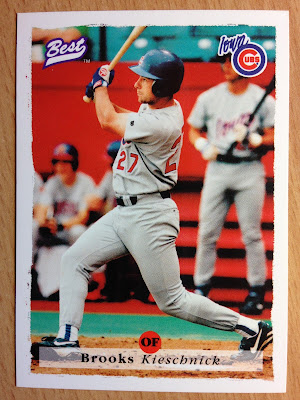 (BUT, I know Kieschnick is also on Gavin's radar, so maybe I should temper my ego a tad. I never was any good at SMack Talk.)