Am I the Mystery Spot?

The author of Cards on Cards wrote in his last post. . .

Then I looked at the cards sitting on my desk which I had received from Kerry last week.  Am I the Mystery Spot that he was referring to?

At first glance, it does seem that he sent the entire Cubs roster to me. Let me prove it to you in photographs!

Here's a green Cracked Ice Hack Wilson from 2013 Panini Cooperstown.  This is a very nice addition to my Hack collection. 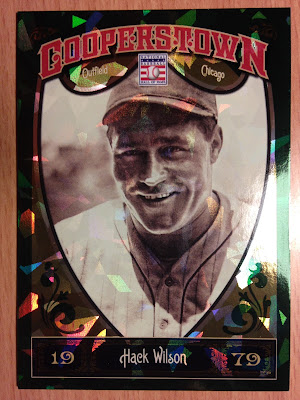 Next up, a couple of prospect cards of guys who played Peoria. There was a guy who sat down the first line who would yell "Norwooooood" every time he came to bat or made a play. I love minor league baseball! 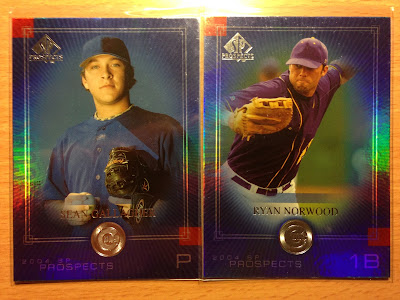 Did you know I collect Matt Clement cards?  I do, but only from his days as a Cub.  He clinched a playoff spot for the Cubs in 2003 on the day I got engaged to my beautiful wife. GREAT DAY! 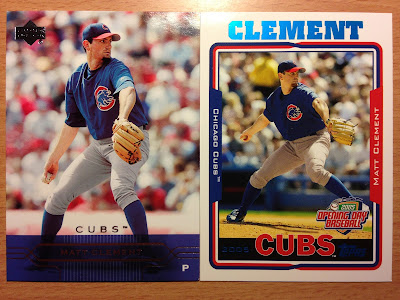 More guys that I have collections of, including the VOGELMONSTER! 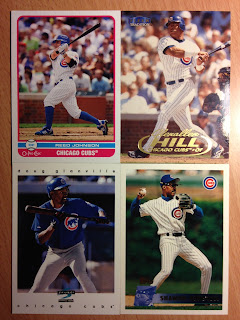 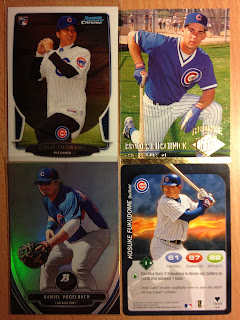 Cubs greats from the past! I need more Randy Hundley cardboard. Stat. 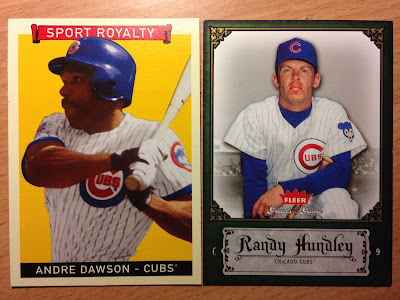 Nomah! Another guy I collect, but only his Cub-issued cards. These four represent a 40% increase in my Garciaparra collection.  Nice! 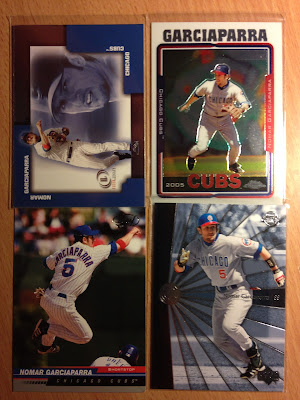 I met Steve Trout and John Baker at the 2016 Cubs Convention. Both are known for their sense of humor and neither disappointed when I was able to talk to them. 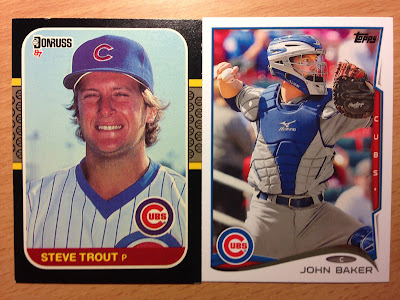 Javy!  Doing Javy type things.  Of all the Cubs big name prospect I thought he would be the bust, but he keeps proving me wrong.  (Which, I'm okay with.) 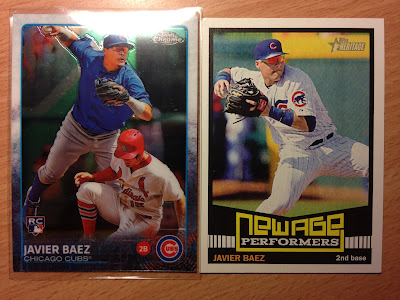 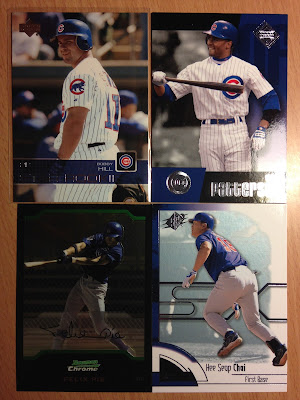 A pitcher batting?  That's pretty rare on cardboard these days. 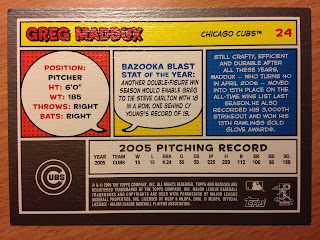 I'm bummed to learn there weren't any cartoons on the back of this Bazooka card.  C'est la vie.

Shiny Starlins!  I'm always one for a little alliteration. 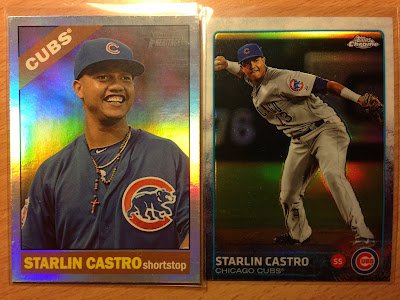 Balls.  Must collect all of the baseballs. 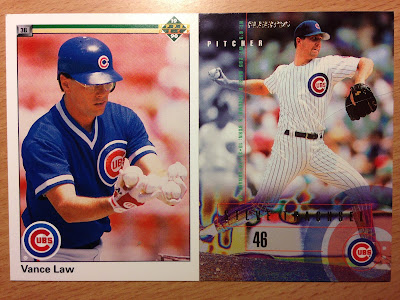 This 1995 Fleer card shows an MRI of Steve Tracshel's right leg. Another thing we don't see on cardboard too often.

I can't believe I didn't have this Hector Rondon rookie card until now. I guess that's what I get for not buying any flagship the last few years. 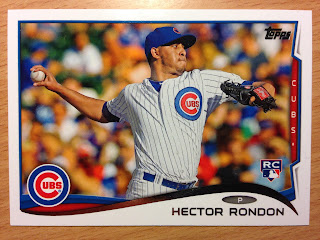 The Cubs won 17 games in April and Hector had a FIP of -0.37, but he only saved four games.  I guess that's what happens when the team's run differential is a bloated +71. I didn't know a FIP could be negative.  That's some stellar pitching. 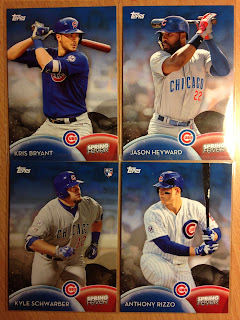 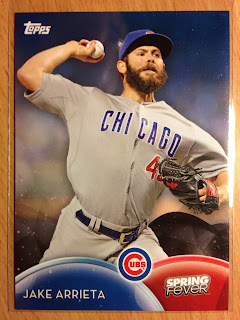 I always try to collect the Spring Fever cards Topps releases each year, but I missed the window this time around. Kerry came through BIG TIME!  That Heyward card may be photo-shopped, but it's still pretty bad-a$$. 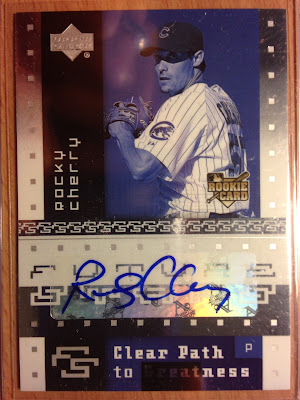 The package was loaded with Mark Prior cards . . . 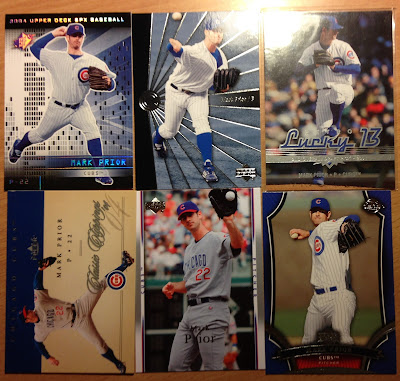 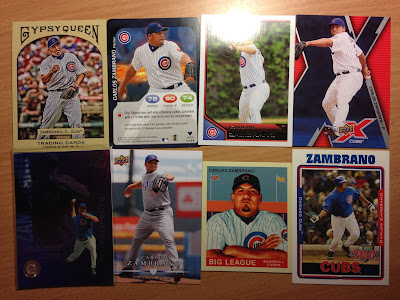 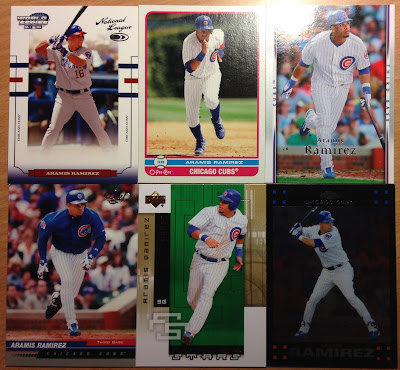 and Derrek Lee . . .  These guys carried the Cubs through the first decade of the 21st century. 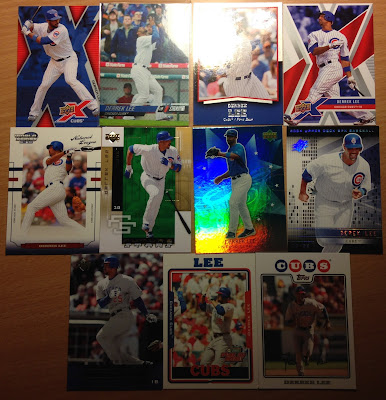 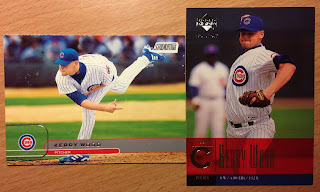 The Kerry Wood card on the right is #460 in my player collection.  Five hundred is within reach! 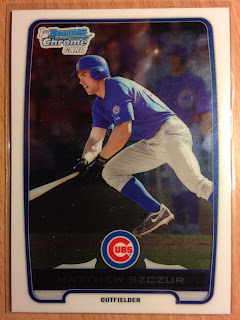 Thanks for all of these wonderful Cubs cards, Kerry!  Anytime you need to rid yourself of blue cardboard I'll be waiting with open arms!
Posted by P-town Tom at 5/01/2016 11:18:00 AM