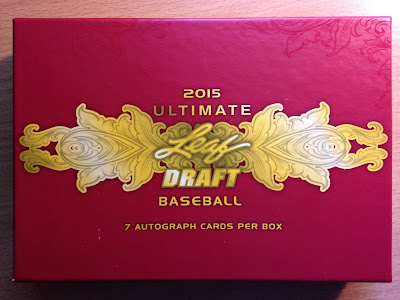 Yes, today is my first official day of summer break. I still have many school related responsibilities filling up my agenda, but as with any summer I'm looking forward to the following:
Today, I will accomplish all four on my list. 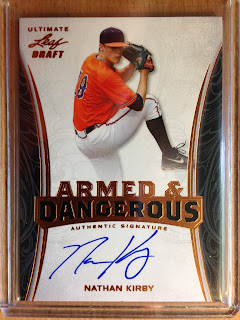 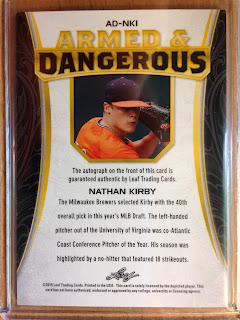 The cats allowed me to wake up naturally this morning, which is happening with more regularity as of late. The kittens are finally growing up. (Thank the heavens!) 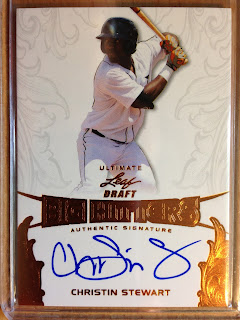 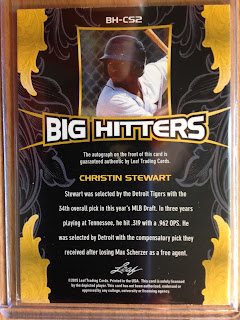 My wife returns this evening from visiting her sister's family in Denver. I'll spend the morning tidying up the house and taking care of the yard. My better half has a demanding career and I enjoy easing the responsibilities at home to make life a little easier on her. Happy wife, happy life. 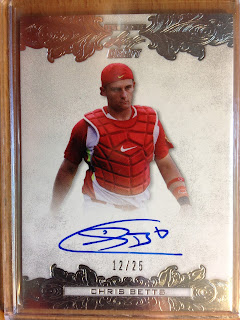 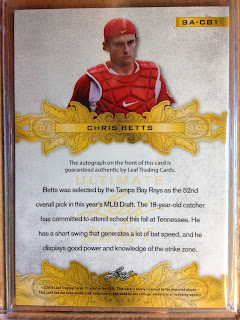 I don't have cable or satellite, but I can pick up the Cubs/Cardinals game this afternoon with my little rabbit ears. How about that? This evening I get to coach my high school baseball team in the Regional Semi-final game.  It's always nice to still be coaching after the school year is officially over.  It's a sign that you had a good season!

I'm blogging and it's wonderful. My blogging has been forced and sporadic as of late. I'm typing with renewed enthusiasm this morning. It certainly doesn't hurt that I snagged a "high-end" box on sale from Dave and Adam's just for this occasion. If you know me at all, you know I love my prospects. 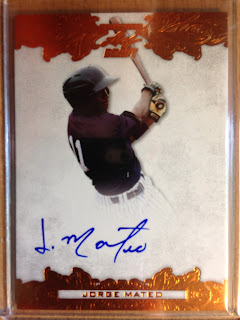 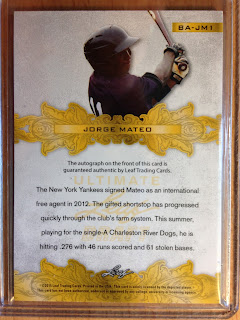 I've ordered the cards in this post from least interesting to most. The above card comes in as the third best in this box, and the first name that I recognize. I was hoping to pull an auto of the Cubs' 1st round selection from the 2015 draft, but alas, my attempts were foiled. Jorge Mateo is no Ian Happ, but he'll make Zippy Zappy happy.  So, he makes me happy!

If you're counting at home, then you'll realize this is the sixth card of seven from the box, and it's no slouch. 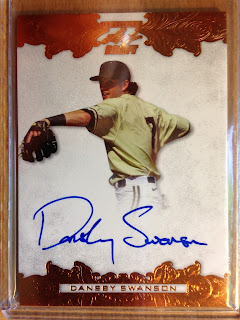 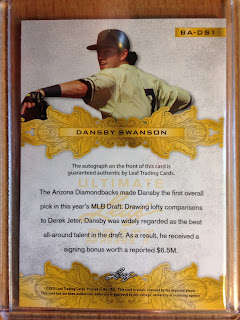 Dansby Swanson was the overall #1 pick in last year's draft, and he's already been traded from the Diamondbacks to the Braves in the Shelby Miller deal. He is currently raking in AA. One of the guys on the high school team I coach has the nickname of "Dansby" because his "flow" is very Dansby-esque.

Yeah, I know, it's tough to keep up with all the new lingo.

You may be wondering what could I pull out of a box that would trump last year's #1 pick?  How about arguably the best pitching prospect in the minors! 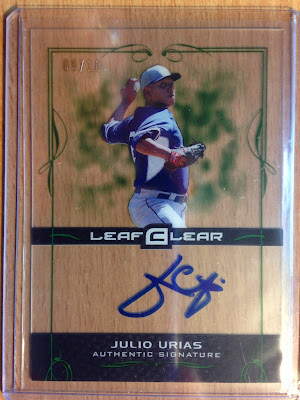 Did I mention it's numbered 9 of 10?  Sweet! Jose Urias is only 19, pitching in AAA, and sporting a WHIP of 0.780 as of this writing. He will be on a heavier workload this year, but it was just reported that Urias will only see a modest uptick in the number of innings he'll pitch this year to allow for the proper development of his arm. Surprisingly, Scott Boras, his agent, is on board with the Dodger's plan.

I plan on sitting on the Urias and Dansby cards until they make their MLB debuts and then putting them on Ebay when the iron is hot. Those funds will go to purchase the next big Cubs prospect and/or that elusive Ian Happ autographed card I've been stalking.