I found a taker for my Phillies!

Thank you, Brad, from Brad's Blog.

My sister handed me five 800-count boxes earlier this summer to use as trade bait throughout the blogosphere, and as a result my trade box went from filling half of one 3,000-count box to nearly spilling out of two of said boxes.  I long for the day when I can fit all my trade-able cardboard back into one box.

So, yeah.  I dumped traded nearly 170 Philadelphia Phillies cards on to Brad, and I hope he finds something phastinating or phun within the package.  (See what I did there?  Hehe.)

Brad's end of the deal was pretty Cub-centric, but everyone knows that I'm fine by that.  Here we go!

He hit on a number of my player collections including Sandberg and Fukudome, but the one that really stood out was this 1996 Pinnacle Brooks Kieschnick.  My 37th unique Kieschnick card! 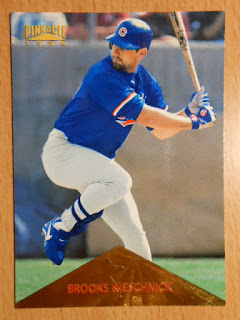 Rookie cards!  Albert Almora improved during the second half of the season at Double-A and Jorge Soler posted a 0.0 fWAR this year.  Nothing to write home about, but I still think he's going to be a solid middle of the order bat. All in due time! 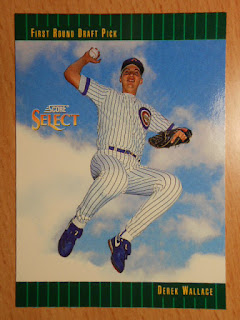 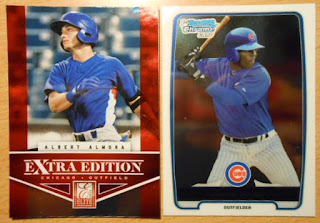 Derek Wallace is NOT part of the Cubs future, but I couldn't resist flashing this picture of the former #1 pick from 1992.

Here we have a couple Cubs aces.  Sutcliffe has such a great beard and he is known for pitching lights out baseball down the stretch for the 1984 Cubs, while on his way to winning the Cy Young award.  Spin the clock forward thirty-one seasons and there's another bearded man carrying the staff. 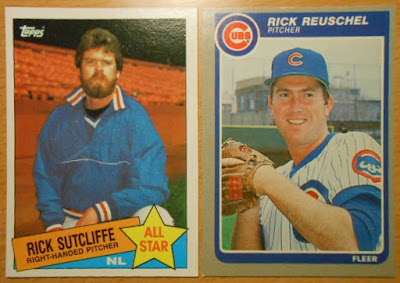 I already have these Ryno's in my collection, but I'm going to try to squeeze them into my Cubs FrankenSet. If nothing else, that's a fantastic double-dip card I can send north on I-55 to 2x3 Heroes. 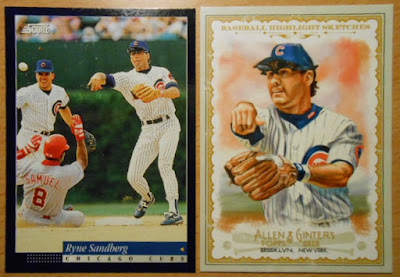 ARam was given a scoreboard number (16) as a retirement gift this past Sunday when the Pirates were closing out their regular season series against the Cubs.  Here, I have him staring at Big Z and his ferocious swing.  Good stuff. 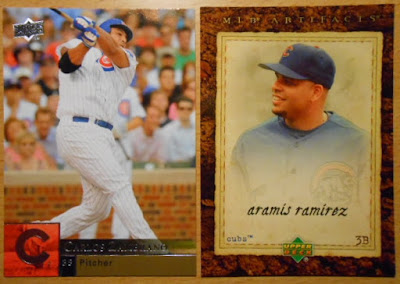 Up next we have some cards of my favorite all-time Cubs. I like the multi-exposure shot of The Hawk, but not nearly as much as I love the shininess of the Mark Grace card.   It's beautiful! 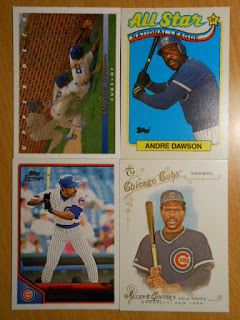 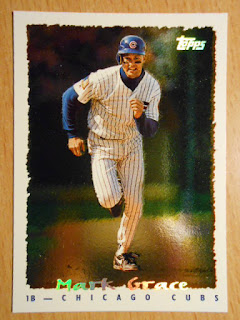 I'm glad to have Stadium Club cards still trickling in to my collection.  I had to choose one set to collect each year for the rest of my life it would be Stadium.  No. Brainer. 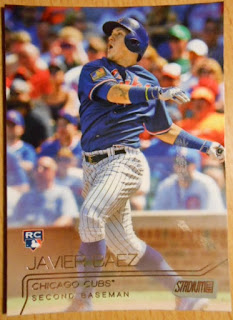 Rizzo!  I've gushed about Anthony a number of times before, so let's just show some cards and then a picture from the Cubs/Royals game the other night. 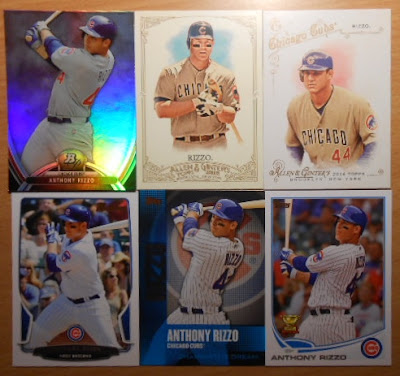 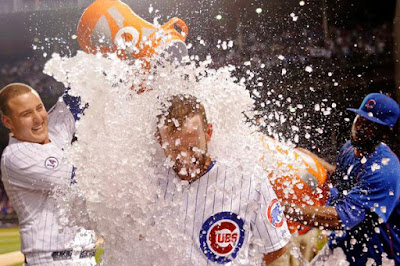 Green.  All the glorious green! 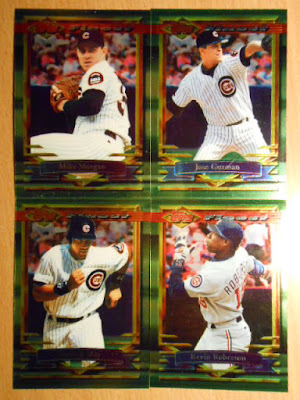 This edition of Topps Finest is so LOUD!  In a way it kind of reminds of '91 Fleer.  Yep, I went there. 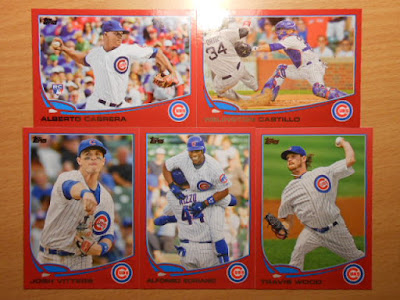 Sadly, only one of these Cubs from 2013 is still with the team.

Big Lee Smith on mid-80s Fleer and a few cards from the 1980 Topps set (including floating heads). 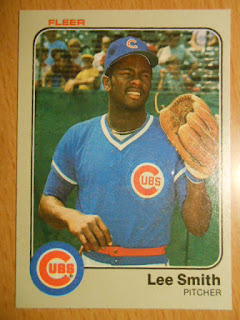 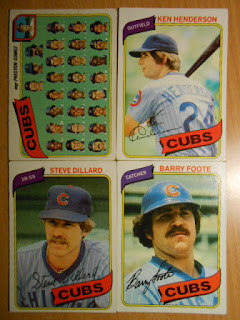 Another Stadium Club card, but this time one of Sliding Sammy Sosa. 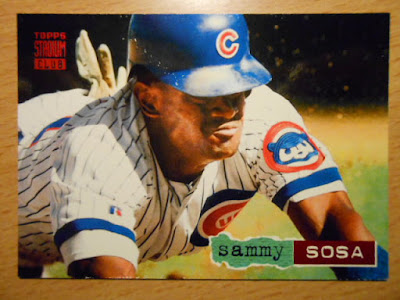 Here's the card which prompted me to contact Brad about a trade. 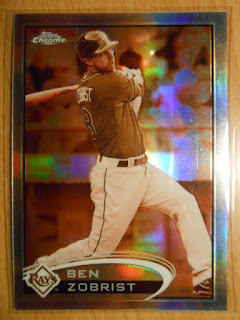 This is my first sepia parallel and it's of local boy Ben Zobrist.  It's pretty sweet looking, but there's something that just feels wrong about having a shiny sepia colored card.  Shouldn't that be an oxymoron or something?

My favorite card from the trade is this Beckett and/or Dave & Adam's serial numbered Kris Bryant card, which I didn't know existed.   Fantastic! 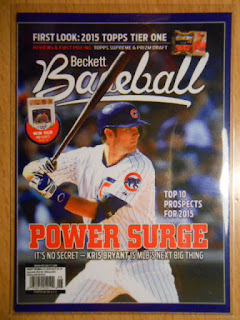 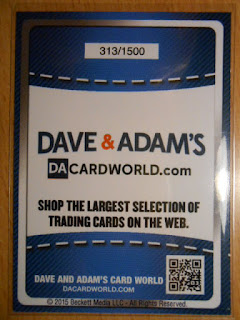 I'm guessing Brad was given one of these with his recent order of cards or perhaps it was a promotion to go along with a Beckett subscription?  Either way I feel pretty lucky to add this one to my collection. 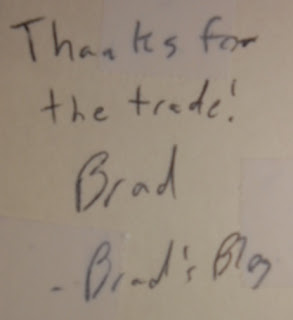