This Baseball Card Will Give Me Nightmares

Bryan, from Golden Rainbow Cards, and I worked out a quick trade after we both showed off some Topps Update on our blogs. The Jon Lester throwback card on his blog is what caught my eye.  Nice! 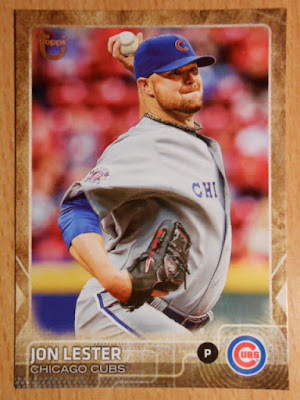 Man, I love the blogosphere.  We are blessed with some truly gifted writers, and as I read I have the opportunity to window shop for cardboard. Sometimes I even speak up and land a card within a blog post.  How cool is that? 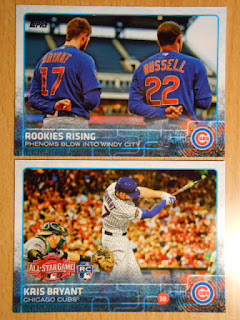 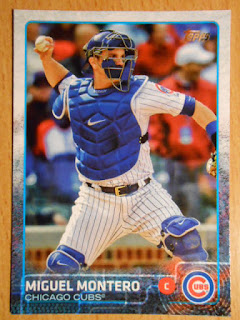 Bryan threw in a half-dozen of other Cubs, and I'll show them off because I haven't seen too many around outside of all the Kris Bryant cards. (Like the two shown above.) 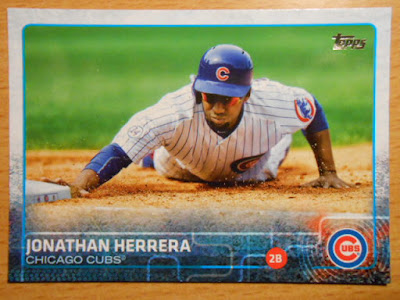 I was really hoping Jonathan Herrera would be wearing a bubble gum bucket on his head, but instead we get a unique shot of him diving back into first base on an attempted pick off. I'm okay with that!  This is a great horizontal card which will look fantastic with an in person autograph. #CubsConvention

Anthony Rizzo is probably my second favorite active Cub at the moment. Seeing Anthony in his Reds-themed home run derby jersey is quite frightful! 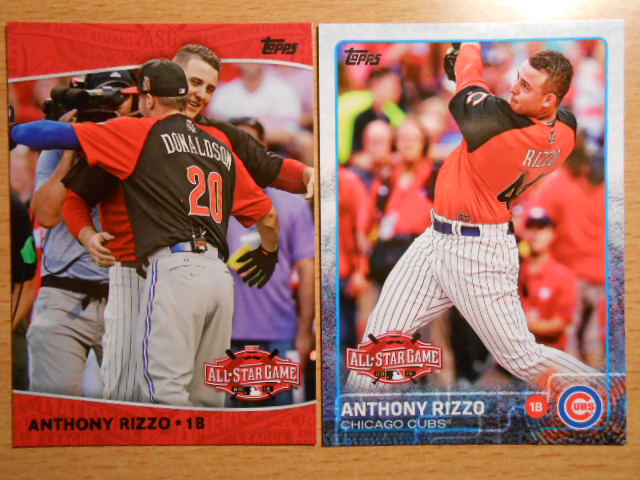 Bryan didn't make mention that he was sending two Rizzo card with Anthony wearing red and black!  Man, he even has the Reds' logo on his left sleeve.  Creepy.

Anthony is just about to enter his prime years of production.  Thinking about him in another team's uniform is not fun any Cub fan.  I'm hoping by writing a little bit about my distaste for Topps' photo selection that I'll be able to sleep okay tonight, but I fear these images may haunt my dreams.  Sigh.