My wife and I went out hiking yesterday morning in the Emiquon National Wildlife Refuge.  A little windy, a little cool, but it was certainly time well spent with the love of my life.


On the way back to P-town we stopped at a garage sale which advertised sports cards and collectibles. From what I could tell the guy was a former brick and mortar store owner. He possessed a couple of nice display cases and he had plenty of vintage from the 60's and 70's for sale.  Unfortunately, everything was listed at Beckett prices, which doesn't really fit my budget.

I did find his quarter box though and I picked up one active Cub and some 1989 Starting Lineup Baseball Greats cards. 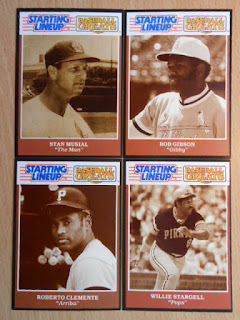 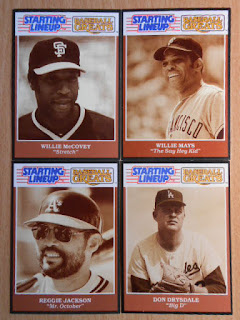 Below he have Eddie, Hammerin' Hank, Charlie Hustle, J.B., The Sultan of Swat, The Ironman, Yaz and the Yankee Clipper. 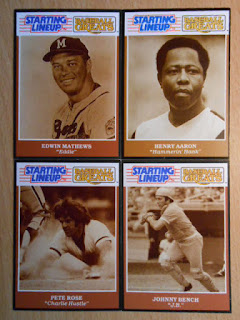 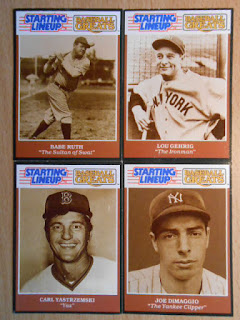 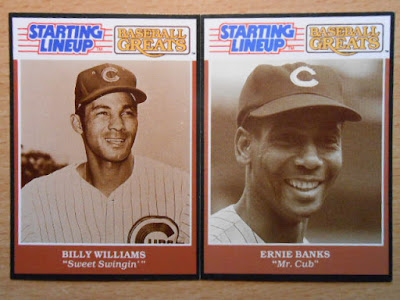 And now the Cub: 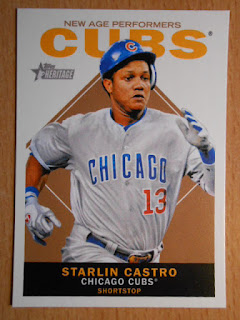 If someone would have told me back in June that I would still willfully pay for Starlin's cards come October I would have certainly scoffed at such nonsense. But, Mr. Castro has endeared himself to me by displaying a great attitude toward his initial benching, a solid work ethic while learning a new position, and he's been sporting the "baseball is a humbling game" and "I'll do anything for the team" mantras. Plus, it never hurts when you bat over 0.400 for the month of September!  I doubt Starlin reports to Mesa next spring with the Cubs, but his cards will have a place in my collection from now on.