A Thousand More Cool Points For You 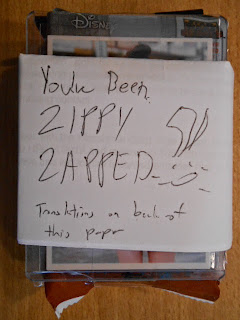 Cervin' Torren' Up Cards has become a regular read for this blogger.  I like to scroll through Zippy Zappy's blog and play the "what if" game. 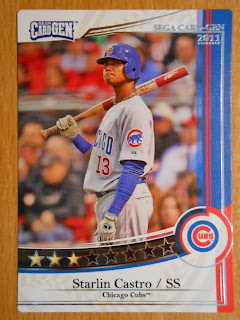 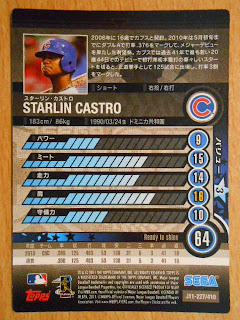 You see, I'm just a simple midwestern soul, who will turn forty before he realizes it.  All roads out of P-town are surrounded by corn fields, bean fields, and the occasional cow pasture. Yep, my life is a real carnival.  But, what if I made a few different life choices when I was younger?  I could have been cutting edge and hip. 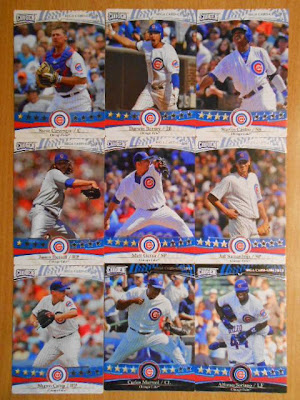 Zippy Zappy is like a younger version of myself, who lives in a faster paced part of the country. He visits exotic places like Japan and has all the energy in the world to send a never ending stream of TTMs.  He even double posts in a different language for his his followers in Japan.  He is so chic. 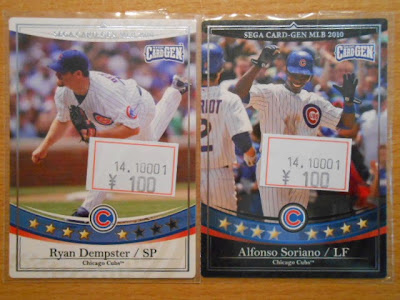 I could be just like Zippy Zappy!  You know... subtract a decade or two from my age, transplant me to New York, and rid me of this silly phobia I have for traveling to places where I don't speak the language. Yeah.  Woulda shoulda coulda. 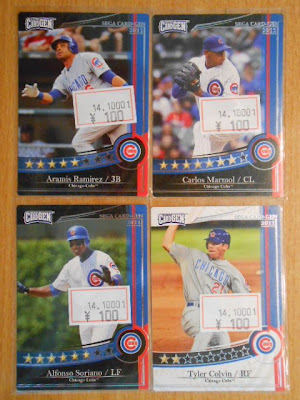 These SegaGen Cards still have the price stickers on them.  It's almost as though I went to Japan and bought them myself!
Wait. Let's have a little reality check, shall we?  Zippy Zappy has accumulated at least seventy thousand more cool points than I have during my lifespan.  But that's okay.

Why?  Because Zippy Zappy allows me to live vicariously through him.  I mean, just check out all of those great SegaGen Cards he gifted me!  And, some Kosuke Fukudome cards for my player collection!  I'm now up 125 different Fukdome cards, and thirty-seven of those are from Japan!

No, I didn't go to Japan, but Zippy Zappy has brought a little piece of Japan to me and Hugo.

Yes, that's the translation sheet that Zippy Zappy so thoughtfully composed for all of the SegaGen Cards.  No worries, I was able to rescue the piece of paper before Hugo was able to have his way with it.

But there were more than SegaGen Cards in this package.  In fact, there's a couple of more posts worth which I'll hopefully get to before the end of the month.

Here are some glorious cards of Kyuji Fujikawa, a former Cub and PC guy, who is now a member of Texas Rangers. 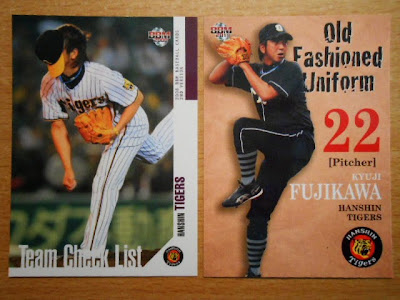 I love the checklist card and how it's captured Fujikawa losing his hat.  It's almost as great as the high socks he's sporting on the other card.  I have a thing for high socks and I wore them in that fashion all through high school and college.

When Fujikawa signed with Cubs a couple of winters back I scoured eBay for his cards.  I saw an auction for these three cards and was immediately intrigued.  The price with shipping from Asia was more than I could stomach so I had to pass. And now they're all mine!
Zippy Zappy, YOU ARE THE MAN.

Stadium Club had the Triumvirate insert set last year that joined together, but they have nothing on these.  Even the backs are connectable!

What a great start to a surprise Zippy Zappying!  Please, look forward to future posts where I unwrap more of this awesome trade package and add cool points to Zippy Zappy's already dominating total.