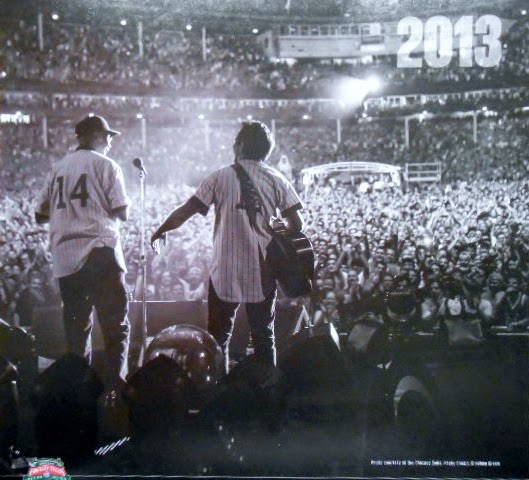 On July 19, 2013, Pearl Jam rocked the Friendly Confines late into the night. "Mr. Cub" Ernie Banks was on hand to lead the crowd in Eddie Vedder's "All the Way."

What a great moment!  One of the more notable musicians of the last couple decades with the most famous Cub singing about a chasing a championship in an iconic ballpark.

I haven't been to a concert at Wrigley, but of all the bands to use Wrigley as a venue I think Pearl Jam would be number one on my list.  DMB would be a close second, but I've started to favor Pearl Jam a bit more since Eddie Vedder wrote and began singing "All the Way."