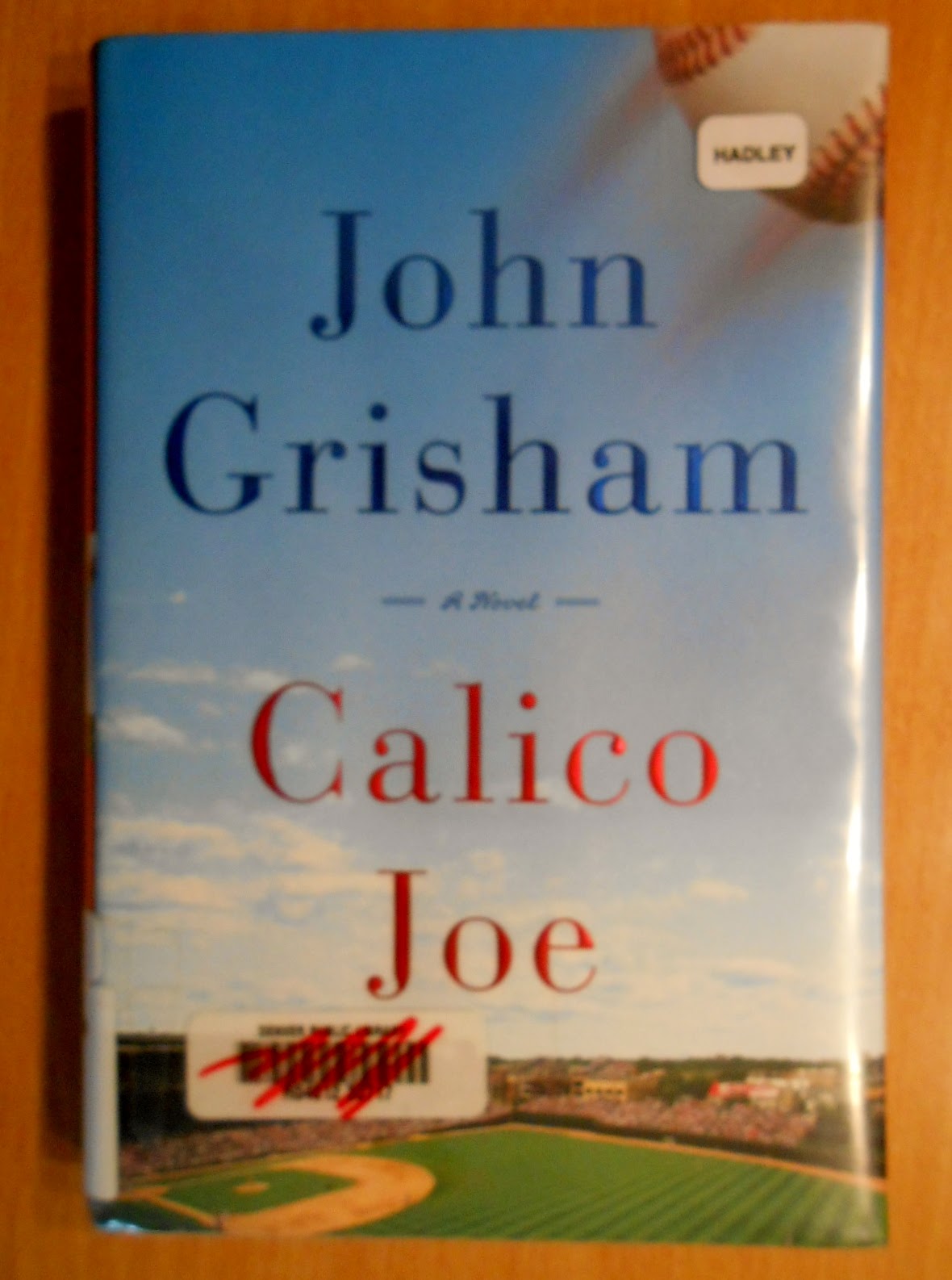 Title: Calico Joe
Author: John Grisham
Genre: Historical Fiction
Ease of Reading: This book was supposed to get me from Peoria, IL, with one short layover, to Waco, TX and back. One hundred ninety-four pages, when it's reading at less than a page per minute barely got me to Texas.  I had to pick up a used book for the return trip. Ha!
Synapse: It's 1973 and Joe Castle is raking in AA when Jim Hickman, the first baseman for the Chicago Cubs, and the AAA first baseman are both hit with injuries.  Castle hits three homers in his first game and takes the Major Leagues by storm for the better part of two months, until he runs into Warren Tracey. The story is told through the eyes of Tracey's son, Paul, who knows his father intentionally through the fastball which derailed what could have been a hall of fame career.  Fast forward a few decades and Warren has been diagnosed with pancreatic cancer and still contends the ball just slipped from his hand.  Knowing Warren doesn't have much time left Paul reaches out to his estranged father to see if things can be set things right between Warren and his boyhood hero, Calico Joe.
Comments: Grishman did his homework, took a few liberties, and then had Don Kessinger proofread his book before going any further. I absolutely love that!  Grisham created a wonderful character in Joe Castle and placed him in the mecca of Major League Baseball and a media storm.  The kid from Calico had it all.  The book read fast amd was entertaining, but it also had a few solemn moments and a couple of somber ones as well. Overall, it was a great piece about everyone's favorite subject: life.
Grade: Another piece of historical fiction tackled by one of the best writers of today.  The book took me about three hours to finish cover to cover and I wished there was more.  This short novel earns a well-deserved 'A' in my opinion.  My only wish is that John Grisham wrote more sports centered books.